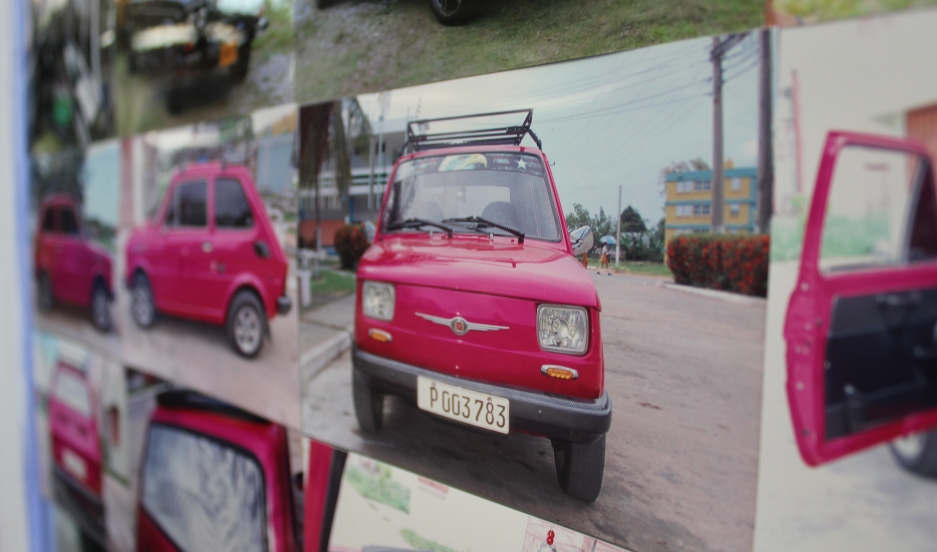 The walls of Zakharov Auto Parts in Hialeah, just outside Miami, are filled with photos of vintage Russian cars in Cuba fixed with parts bought at the store.

Quick — when you think of Cuba, what’s a typical image that comes to mind? Maybe it’s one of those vintage Chevys or Pontiacs from the 1950s in all the tourist photos. But if you go to the island, keep your eyes out for the other car — the Russian Lada. It’s the boxy, no-frills, Soviet-era vehicle that looks like an old Fiat.

It's rare to see one in the United States, but Fabian Zakharov has one in Miami. And when he needed a new brake pump for it a few years ago, he couldn’t find one—and had to go through the cumbersome process of ordering it from Russia. 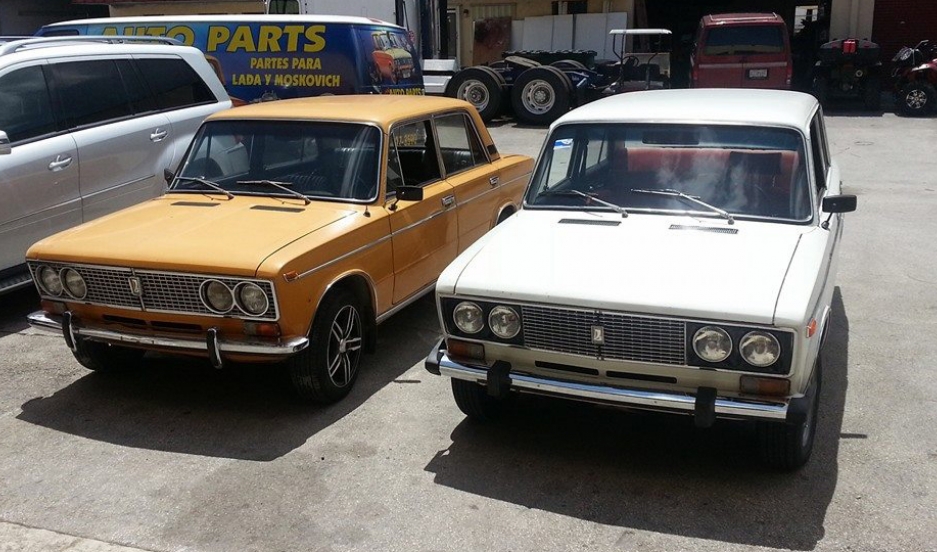 Then, he noticed that his Cuban expats friends in Miami had the same need for Russian parts, too, but for cars that their relatives drove in Cuba.

In Cuba, Ladas still chug around the island — relics from when trade with the Soviets was brisk. Yet when the USSR fell, so did the Lada trade, and spare parts became rare or expensive in Cuba.

Zakharov spotted a niche market. He began small, working from his computer at home helping his Cuban expat friends, one by one, order parts from Russia so that they could take them to Cuba. With demand steady, Zakharov then flew to Russia and struck agreements with car parts manufacturers there. 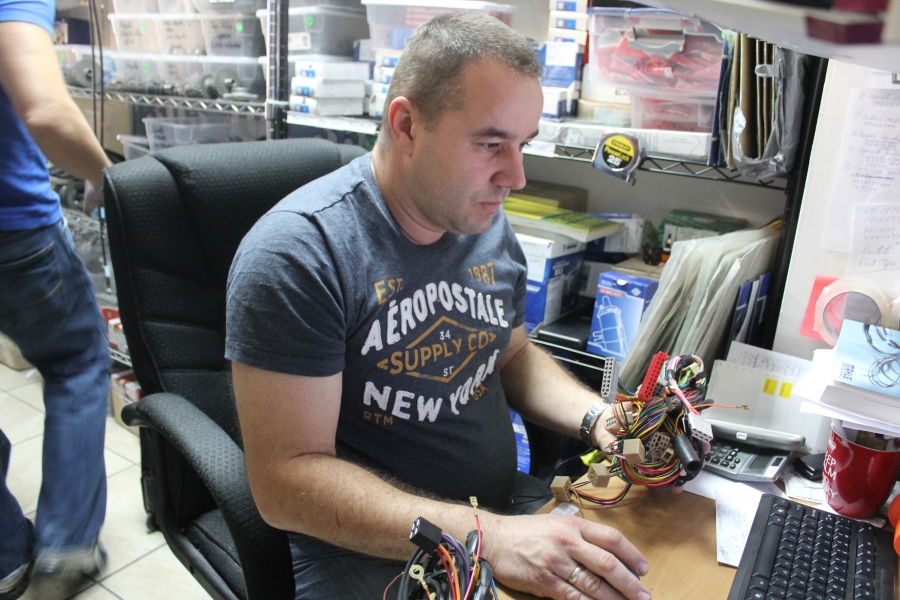 In 2010, Fabian Zakharov opened Zakharov Auto Parts in Hialeah, just outside Miami. He hustles to find the exact auto parts—mostly for vintage Ladas—that his customers need to take back to their relatives in Cuba, who still drive the old cars.

Today, he runs his own store in Hialeah, a heavily Cuban area just outside Miami.

Yet he’s proving them wrong.

Today, Zakharov is considered the Lada whisperer. Since he was born in Moscow, but raised in Cuba, he’s a bridge between Russian suppliers and his Cuban expat customers. 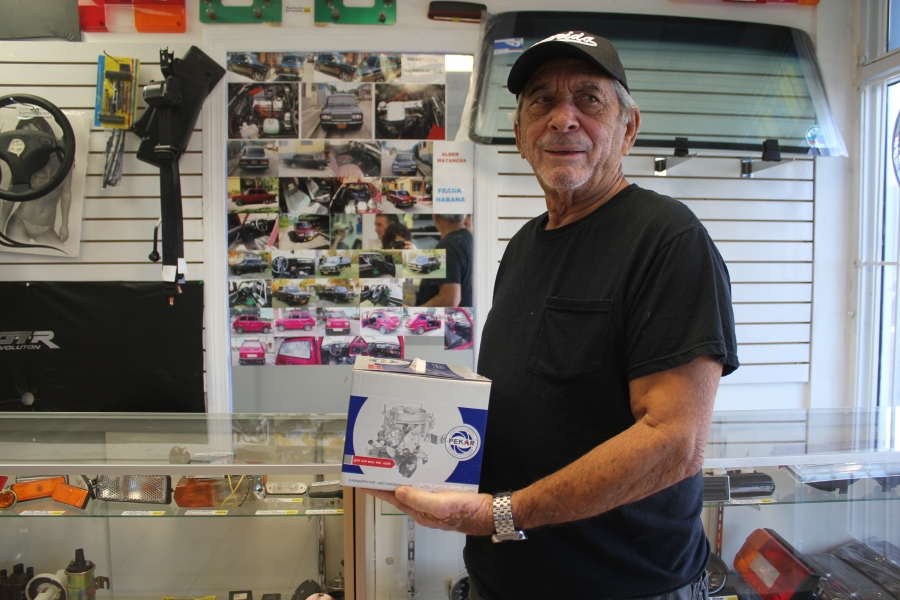 Alfredo Chamorro buys a carburetor at Zakharov Auto Parts in Hialeah, just outside Miami. He’ll take the car part back to Cuba for his Russian Lada, which is more than 30 years old.

At Zakharov’s store, I meet customer Juan Antonio Rodríguez. He checks out a new starter he needs for a Lada he left behind with a nephew in Cuba, when he moved to Miami seven years ago. The car is now 34 years old, but he says it’s in great condition thanks to the parts he picks up here. And when he’s been unable to get parts to Cuba, he says his family does what a lot of Cubans do. “They improvise and get parts from other cars,” he says. Or, they try to weld together their own parts if possible.

Throughout the day, business is steady. When there is a lull, Zakharov keeps up with the shop's active Facebook page. But he hopes better US-Cuba relations will let him ship directly to Cuba one day and expand his business. “I would be happy if my company moved to Cuba because there are a lot of cars to service with my spare parts,” he says.

But he doesn’t expect politicians to broker big changes anytime soon. “For now, it’s only conversation,” he says. “We need to wait.” 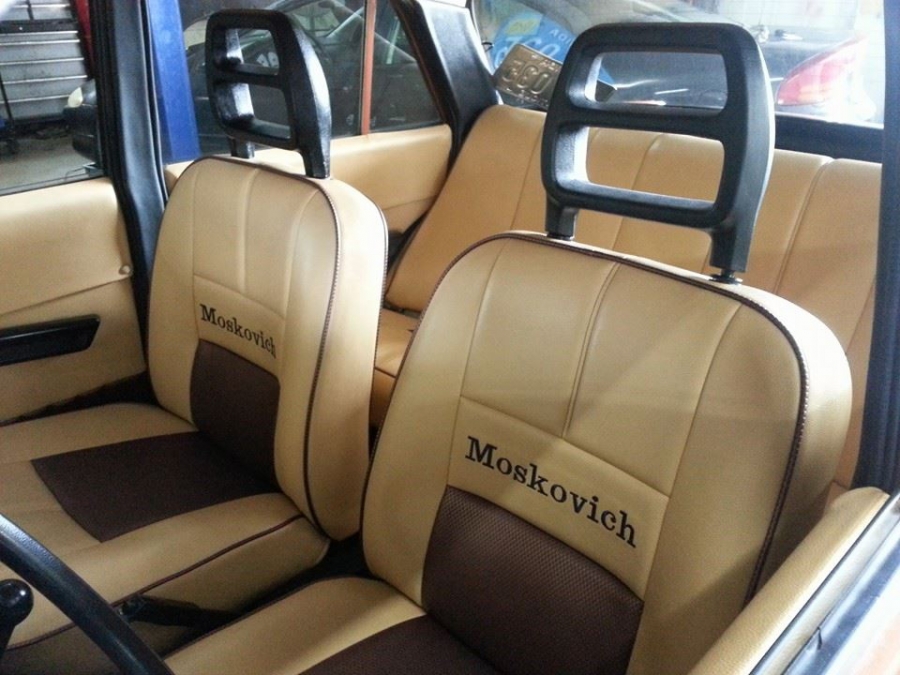