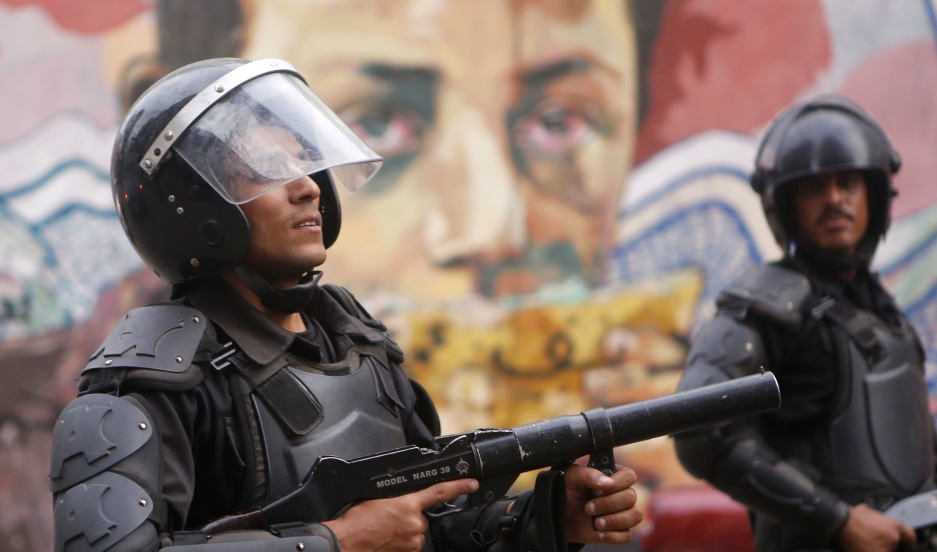 On January 25, 2011, enourmous crowds gathered in Cairo’s Tahrir Square, kicking off the uprising that would eventually force then-President Hosni Mubarak from office after 30 years of autocratic rule.

“Everything about that early wave of protests really shattered all my expectations, not just about the Arab world but about politics and human behavior in general,” says journalist Thanassis Cambanis, who covered the protests and has written a book about them called "Once Upon A Revolution: An Egyptian Story."

“There was this incredible courage and bravery with which these hundreds of thousands of people stood up to a police state that was willing to kill them to stay in power," Cambanis says. "But more than that, what these people were in the process of doing … they were actually daring to imagine a completely new political system.”

But that new political system did not materialize. Egypt chose its first democratically elected president, Mohammed Morsi, in 2012, but his Muslim Brotherhood-dominated government was deposed by the military after only a year.

“For a time, it seemed like [the activists] had made it. Not to a perfect system, but from a dictatorship, [a] stifling violent dictatorship, to civilian rule that was going to imperfectly negotiate its way forward," Cambanis says.

Now the promise of a civilian government has disappeared in all but name. The general who led the coup against Morsi, Abdul Fattah al-Sisi, was elected president last year and rapidly returned to the repressive tactics of his strongman predecessors.

So where did the revolution fall apart?

“The main responsibility lies with the old regime, which was strong and unscrupulous and used all the tools at its disposal, including killing a lot of dissidents, to fight its way back to power," Cambanis says. But he also argues the revolutionaries had problems organizing around one leader.

“The cult and culture of a leaderless revolution and this idea, almost like Occupy Wall Street, that they were always going to operate by consensus left them easily outmaneuvered by the army and the Muslim Brotherhood, who did have hierarchies and leaders," he says.

Now Sisi is applying the same tools to the same problems that led to the Tahrir Square uprising.

“All those core grievances are still present," Cambanis says, and "nothing, unfortunately, about Sisi’s methods suggest that he’s going to be able to resolve them “