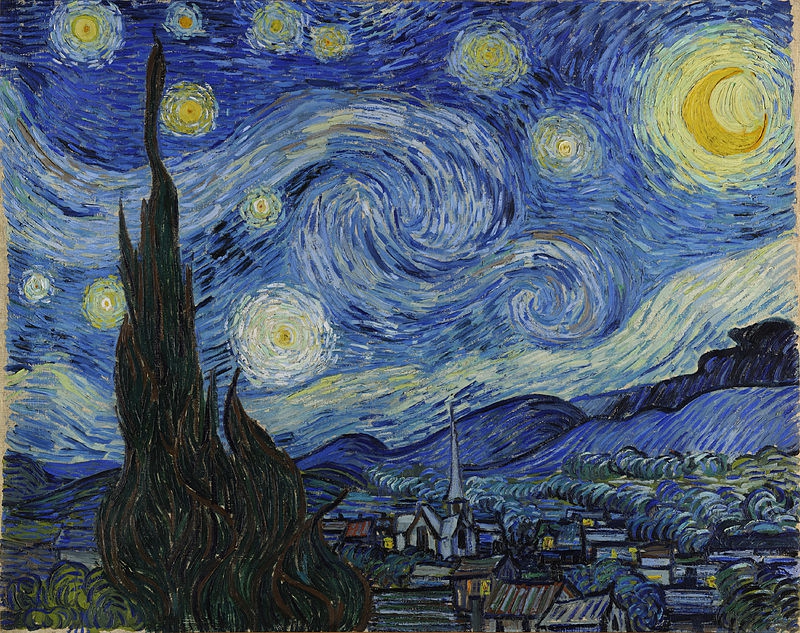 Over the last decade, some of the most awe-inspiring images of outer space have appeared in the books of journalist, filmmaker, and photographer Michael Benson. Combing through images produced by space probes as well as terrestrial and satellite telescopes, Benson has collected photos that showcase the sublime beauty of the cosmos.

Benson’s latest book, though, is something of a departure. In Cosmigraphics, He surveys the history of humanity’s attempts to depict the universe and the Earth. The earliest entry, the Nebra Sky Disc, dates from between 1500 and 2000 BCE. Made of copper and gold, it shows the sun, the moon, and the stars of the Pleiades. “It’s a portable device designed to allow the astronomers to measure the solstices,” Benson tells Kurt Andersen.

See the Nebra Sky Disc, along with other images from Cosmigraphics, below.

As he searched archives for these images, Benson made some surprising finds. Among many of the beautiful depictions of galaxies made possible by increasingly powerful telescopes was one drawing of the Whirlpool Galaxy by William Parsons. That image, from the mid-19thcentury, created a sensation in the United Kingdom, Benson says. “It made its way into a French book popularizing astronomy by Camille Flammarion, the Carl Sagan of the 19th century.” And it bears a striking resemblance to Van Gogh’s spiraling stars in "Starry Night." “We believe that drawing led directly to 'Starry Night,' the most famous artistic depiction of the night sky. Either it was in the library of the asylum in the south of France, or he saw it in Paris.”

One major theme of the book is the ability of its images’ to either accelerate or impede scientific discovery. For example, the astronomer Ptolemy created a map of the solar system with the Earth at the center — an image that was so compelling it held sway for one and a half millennia, until Copernicus placed the Sun at the center of the solar system. But, Benson points out, “if Ptolemy was wrong, maybe it was necessary to have all those reiterations of his design so that Copernicus could react against something."

(L) Dating from the period 2000 – 1600 BC, the Nebra Sky Disk is roughly the size of an old vinyl record. Its representation of stars and other lunar objects is the oldest known graphic depiction of celestial figures in human history. (R) A 1660 illustration from a celestial atlas picturing a geocentric universe.

Wikimedia/Courtesy of the University of Michigan Library 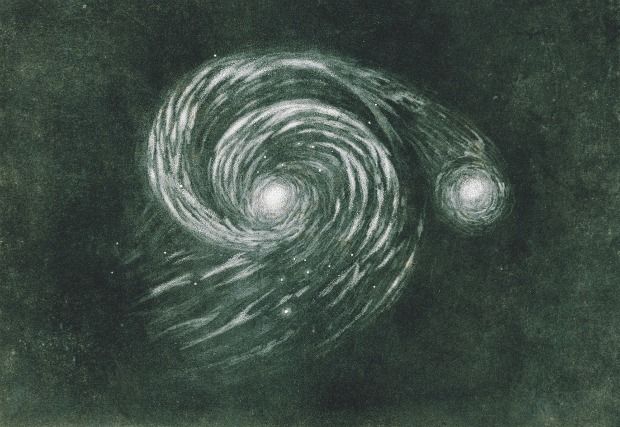 This 1845 print was modeled after William Parsons's drawing of the nebula M51, now called the “Whirlpool Galaxy.” It is about 23 million light-years away and roughly the size of the Milky Way.

Courtesy of the University of Cambridge Institute of Astronomy Library

Vincent Van Gogh drafted this ink-on-paper study in 1889, after his seminal oil painting "Starry Night" was completed. Van Gogh was likely inspired by the nebula M51 (pictured above), which had appeared in a best-selling book on French astronomy. 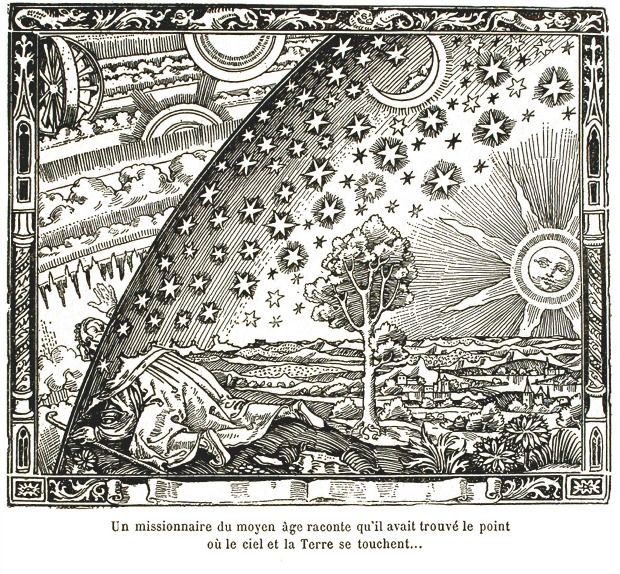 Courtesy of the University of Oklahoma History of Science collections

The caption of this 1888 engraving reads: “A missionary of the Middle Ages recounts that he had found the point where heaven and Earth meet.” 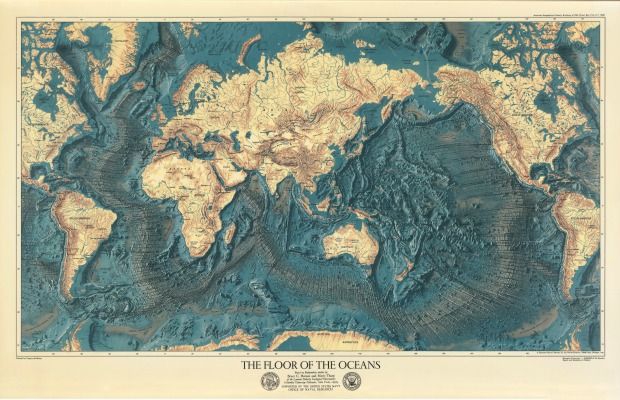 Drafted in 1976, this map was the magnum opus of cartographer Marie Tharp and geologist Bruce Heezen. It pictures the newly-charted landscape of Earth’s entire ocean floor based on a sonar survey conducted by Tharp and Heezen. 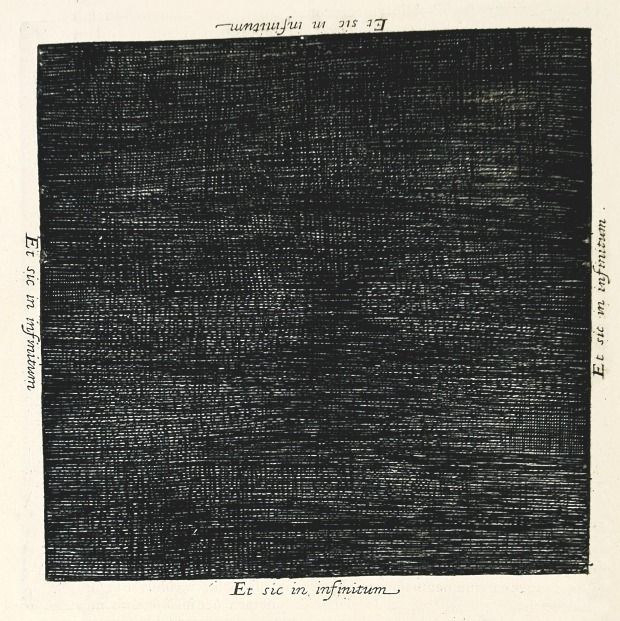 Courtesy of the University of Oklahoma History of Science collections

English physician and cosmologist Robert Fludd’s depiction of a black void prior to the light of creation, an early rendering of the creation of the universe. The drawing, from 1617, predates Kazimir Malevich’s famous “Black Square on a White Ground” by some 300 years.

This story is based on an interview on PRI's Studio 360.