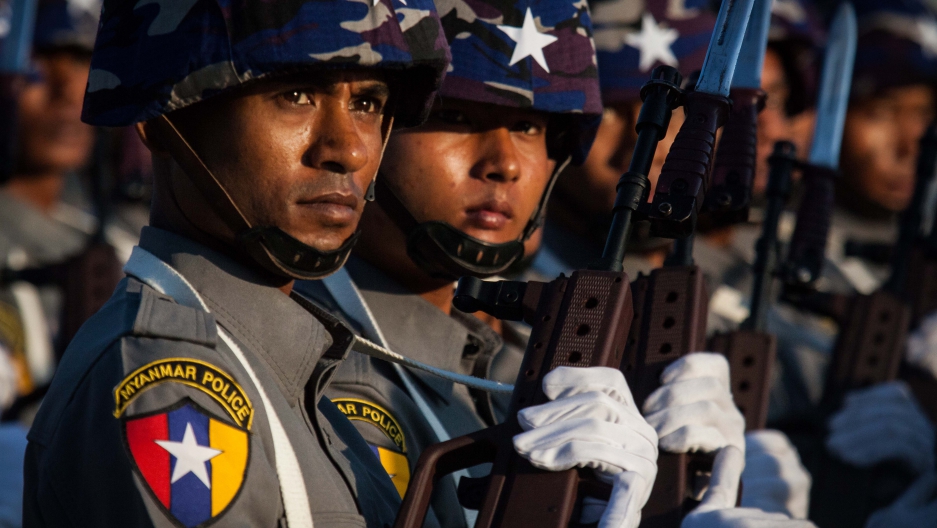 WASHINGTON — Myanmar has undergone significant political and economic transformation since 2010, but 2015 could witness an unraveling of these reforms.

2014 closed with a mass exodus of Rohingya Muslims, surprise military attacks against ethnic armed cadets, and the fatal shooting of a woman protesting land confiscation near Letpadaung copper mine.

The general election to be this fall is already fraught with controversy over the government’s refusal to allow Aung San Suu Kyi, leader of the National League for Democracy (NLD), to run for president.

Election anxiety is heightened by a stagnating national peace process and a bevy of bills targeting the Muslim minority that would restrict births and interfaith marriage.

The general election may little alter the electoral landscape. Myanmar has a notorious election history; in 1990, for example, the military voided the NLD’s landslide win and re-established military rule. Free and fair elections are anything but guaranteed. Confusing campaign rules and problems with voter registration will keep election watchers busy; in particular, the disenfranchisement of Rohingya, eligibility of ethnic civilians and voters displaced from their land.

In anticipation of NLD popularity, the parliament strategically last November adopted a proportional representation system for its upper house. This system favors the incumbent Union Solidarity and Development Party (USDP), which is made up of former military officers and holds over two-thirds of the seats in parliament. The lower house of parliament still operates on a first-past-the-post system, which grants representation on a “winner takes all” basis. This could help the NLD and ethnic parties win seats.

The NLD has not yet confirmed its participation in the election, and Suu Kyi announced at the end of December that she would wait until an election date is set to determine whether the party will participate.

Speculation by NLD leaders that the USDP’s election plans may ultimately involve a gimmick is not without cause. In September, the USDP abruptly canceled by-elections scheduled for late 2014, implying that it is carefully calculating the procedures for the 2015 elections.

Moreover, Suu Kyi cannot run for president herself, due to the 2008 constitution’s notorious article 59(f) banning presidential candidates who have foreign spouses or children. The USDP and military members of parliament have predictably blocked moves to amend the constitution before the election. Partly due to Suu Kyi’s strong grip on NLD politics, the NLD has not yet announced or invested in a contingency candidate, and is still intently pushing for constitutional revision.

On the other side, parliamentary speaker and expected USDP presidential candidate Shwe Mann seems to be paving his way to the presidency. Earlier this month, for example, he called for a raise in the presidential salary.

As speaker, Shwe Mann exercises substantial control over legislation and constitutional amendments. Under the constitution, 25 percent of parliamentary seats are allotted for the military and an amendment requires approval of over 75 percent of the parliament.

Fair or otherwise, the general elections must go on, however, because the process will be critical for attracting foreign investors and preserving stability.
The military’s entrenched control also helps explain why Myanmar’s peace process is losing steam.

Negotiations between President Thein Sein’s administration and ethnic armed groups have been undermined by military raids, sexual violence and torture, and arrests and killings of civilians, particularly in Shan and Kachin States.

Any national ceasefire agreement signed in 2015 may thus prove to be a perfunctory pre-election compromise to build legitimacy. Military land confiscations and violence in ethnic areas will likely continue regardless.

Ethnic groups pushing for a federalist government and to retain their own armies face an uphill battle, and their success may depend on the support and attention of the international community.

So far, however, the international community’s attention to issues such as state violence, land rights and the implementation of an independent judiciary has been sporadic.

The Thein Sein government continues without check to refuse humanitarian aid and medical care, much less justice and citizenship, to Rohingya in Arakan State.

An influx of foreign investment projects continues to displace poor communities throughout the country, and those who protest the loss of their homes are often subject to reprisal.

Given the military’s treatment of ethnic groups and the controversy surrounding the election, observers should not hold their breath for a peace agreement or the creation of a federalist system in 2015.

Other areas that may affect democratic and economic progress include direly needed land rights legislation, Yangon’s near-bursting property bubble and the impact of falling oil prices on the development of Myanmar’s coveted offshore blocks for oil and gas exploration.

Rachel Wagley is the assistant director of outreach at The National Bureau of Asian Research). She previously served as policy director of US Campaign for Burma.