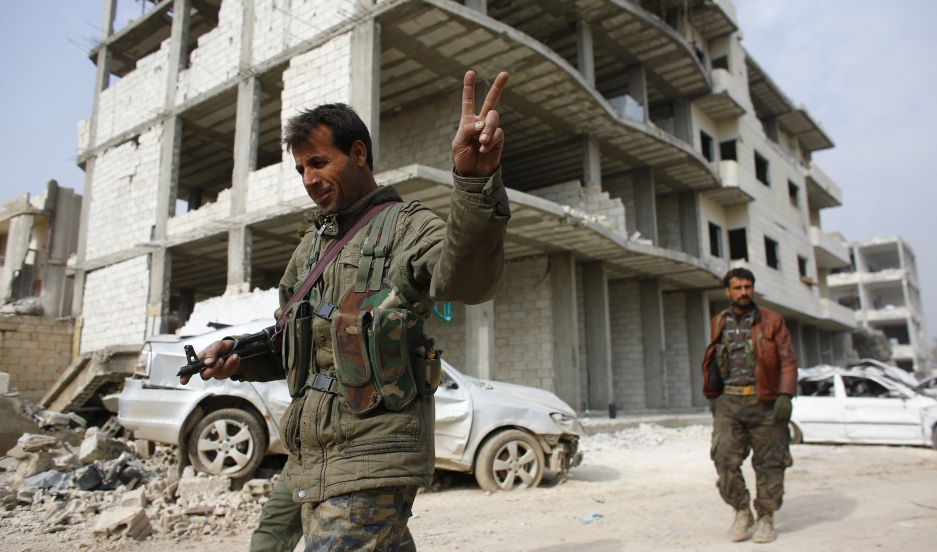 A fighter from the Kurdish People's Protection Units, or YPG, flashes a victory sign as he patrols the streets in the northern Syrian town of Kobane on January 28, 2015.

ISIS has suffered a major battlefield defeat in Kobane, where Kurdish fighters and Western airpower finally pushed the Islamist militants out of the long-besieged Syrian border town.

"It is right on the border of Turkey," says Robin Wright, a journalist who's written about the battle for The New Yorker. "Turkey is an important Western and NATO ally, and that has brought ISIS right up to the borderline with the West. So it's more important symbolically than it is in terms of its strategic value."

It took a four-month campaign for Kurdish forces to wrest back control of Kobane from ISIS fighters. The Kurds fought house-to-house with vintage weapons, including a homemade tank, but they were backed up by one of the most powerful air coalitions in recent history.

"You had Europeans, Arabs and the United States all involved in pounding the city daily," Wright says. "I've been on that warfront, standing on the hill, looking at this battlefront and you feel the reverberations of these powerful bombs hitting little Kobane." 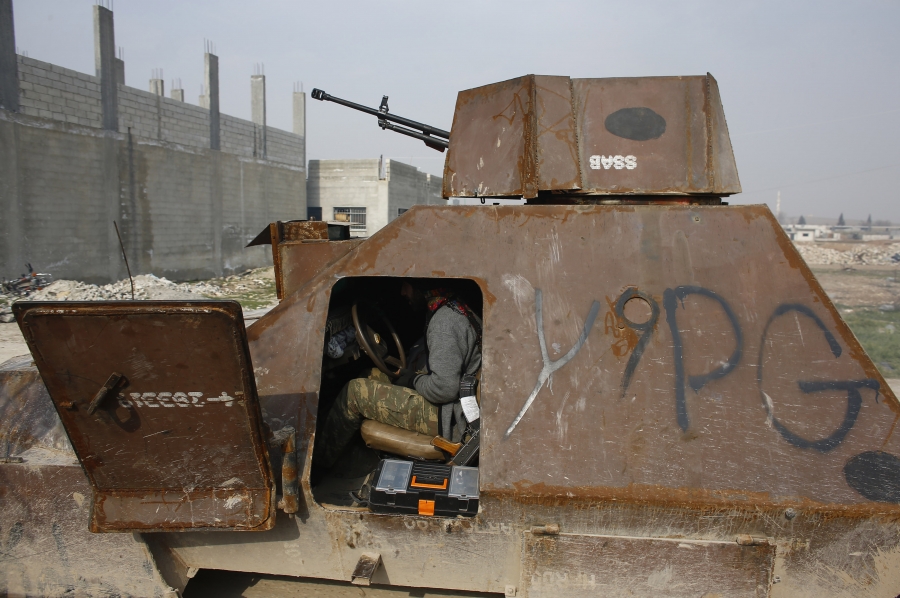 A fighter of the Kurdish People's Protection Units, or YPG, sits in an armored vehicle in the northern Syrian town of Kobane on January 28, 2015.

What's clear is that the Kurds could have never re-captured their town without the help of the West, but Wright says Kobane shouldn't be the model for to stop ISIS in both Syria and Iraq. It's an aberration.

"It does not mark the beginning of the end for ISIS," she says. "ISIS lost a very large number of fighters, somewhere close to 2,000 according to the Pentagon. But it was not going to change the dynamics of their hold off a huge area."

It's also important to remember the US spent hundreds of millions of dollars to free a town of 40,000, destroying it in the process. That's why Noah Bonsey, a Beirut-based analyst for International Crisis Group, warns against inflating the meaning of the Kurds' victory.

1. Kobani is a win for YPG. But not a big loss for IS, given how long it held out against coalition strikes & likely boost to recruiting

"It is a victory for those who live in Kobane, but it doesn't change the realities on the ground," Wright says. "The confluence of factors came together in Kobane. They have not yet come together in other parts of either Syria or Iraq." 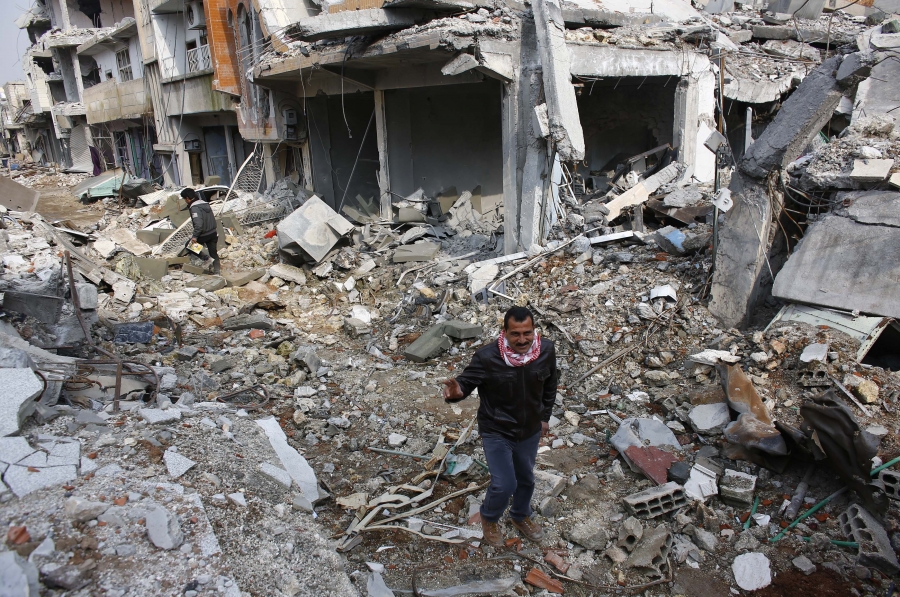 Kurdish men walk on the debris of damaged buildings in the northern Syrian town of Kobane on January 28, 2015.