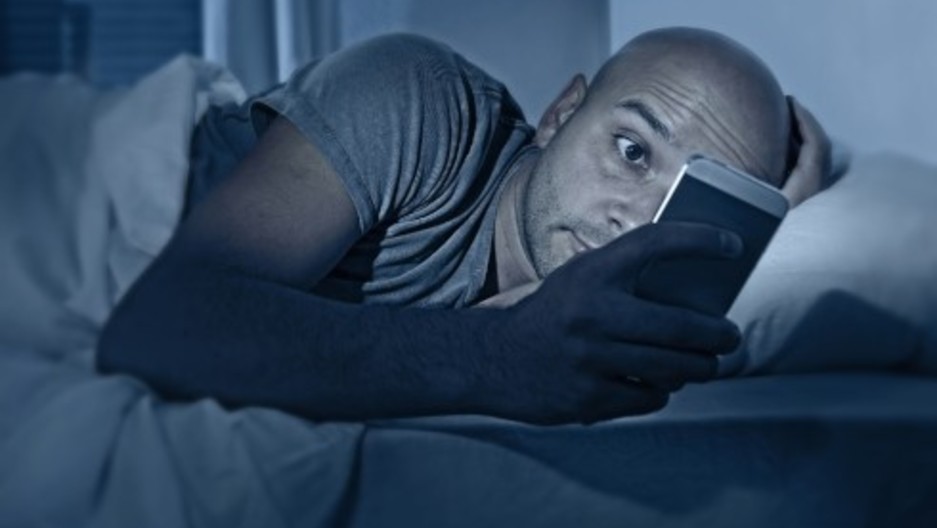 The downside to a late-night electronic check-in

E-book or regular book? It could depend on if you want quality sleep.

All the technology we love and spend so much time looking at is disrupting our normal sleep patterns, which could lead to serious health concerns, according to a new study out of Harvard.

The screen on your favorite device is “blaring blue-enriched white light right at your retina, sending a signal to the brain saying its morning,” says Charles Czeisler, chief of the division of sleep and circadian disorders at Brigham & Women's Hospital and the director of sleep medicine at Harvard Medical School.

Doctors and scientists have long known that light is directly related to sleep patterns and that disrupted sleep can lead to health problems. But the computer devices many of us use long into evening, and even in bed, are creating a whole new set of unexpected problems.

Czeisler’s study compared reading a book — an actual printed book — with reading a book from a light-emitting e-reader for four hours before bed. They found that the e-readers delayed the onset of sleep in the people using the them, even if the lights were turned off regularly at ten o'clock in the evening.

“It shifted their circadian phase by about an hour and a half later, compared to reading from a printed book,” Czeisler says. “It also decreased the amount of rapid eye movement sleep. REM sleep did not happen until later in the night and there was less of it.”

E-light suppresses the release of melatonin, the hormone that helps us to fall asleep at night. This is not just bad for our sleep — it could also have other adverse health effects. “Melatonin seems to be an anti-cancer hormone,” Czeisler explains. “It’s an antioxidant and an oncostatic agent, and its suppression has been linked to increased risk of various types of cancer — breast cancer, colorectal cancer, and prostate cancer.”

People are also, of course, less alert in the morning if it takes them longer to fall asleep, which on its own can lead to health and safety issues. Czeisler’s next experiment is to let test subjects decide when to turn the lights out. “We think that those reading from the light-emitting e-readers will actually shift even later,” he predicts.

The issue is the wavelength of the light itself. Ordinarily, the blue sky in the morning, which is a short wavelength, and the onset of dusk, when the light changes to longer wavelengths, signal us when it’s time to be wake up or to get ready for sleep. “That's how we evolved for synchronizing our circadian clocks to the twenty-four-hour day,”

Artificial light in our homes has already altered that process. Now computer light is compounding the problem. So, what’s to be done? Well, a couple of things.

First, put away your devices for the evening. Easy to say, but in a culture where the average middle school and high school student spends seven-and-a-half hours a day on recreational media, not so easy to do.

“Certainly in the hour before bed I would try to minimize the use of devices and various screens, especially if you're right close to the screen and it's shining directly on your eyes,” Czeisler says.

Another option is to change the color of the light itself. Michael Herf, who designed the photo software Picasa, has developed a new, free product called f.lux, which you can install on your laptop or on your desktop. “It will actually change the color temperature of the light that is shining at you from the screens,” Czeisler explains. “It moves it to a longer wavelength of light in the evening according to your local timezone.”

Anything that reduces the intensity of the light will help lessen its disrupting effects. You can reduce the brightness of your screen or move the device further away from you. There are even glasses available that specifically block out the shorter wavelengths of light.

Some e-readers can also "flip the screen," similar to the way a GPS system works in a car: after dusk, it has a black background and the streets are a lighter color.

“In that same way, you can reverse the screen, so instead of being a white sheet, like the Google homepage searches, it would be black and the letters are white. That, we expect, would have much less effect,” Czeisler says.