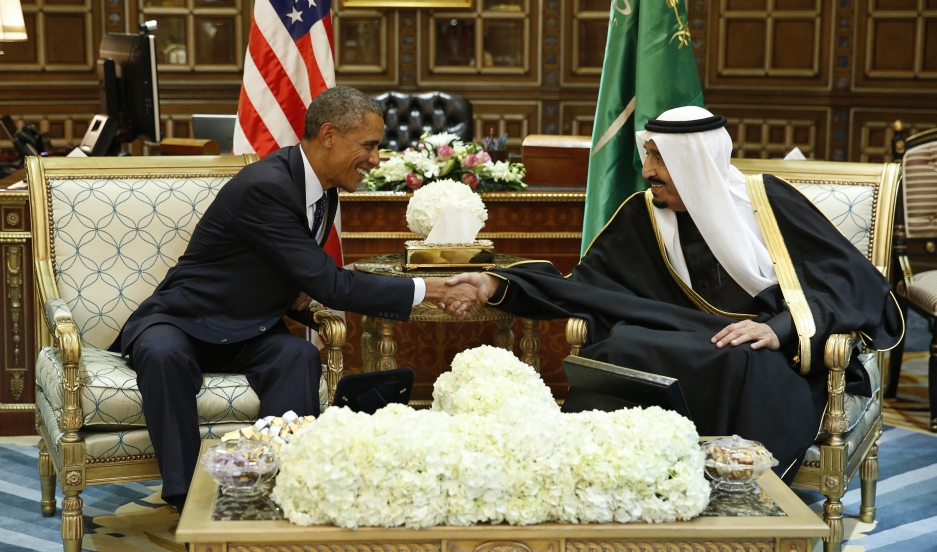 President Barack Obama shakes hands with Saudi Arabia's King Salman at the start of a meeting at Erga Palace in Riyadh.

When Princeton's Robert George heard about the case of Raif Badawi, he knew he had to act.

The philosophy of law professor was outraged at the case of Badawi, a Saudi blogger who was sentenced to 10 years in prison and 1,000 lashes.

Raif's crime? Writing on his website "Free Saudi Liberals" as a way to encourage debate about religion and politics. George and a group of other academics and activists wrote a letter addressed to the Saudi ambassador asking that Badawi's sentence be halted.

"We asked ... if you will not heed our words on this, then each of us ask that we would each take 100 lashes," George says.

George, who's also vice chairman of the US Commission on International Religious Freedom, says this is not a symbolic gesture. "You don't make a request or an offer like this unless you mean it," he says.

He adds that it would be highly unlikely that the Saudi government takes on their offer. "It would be profoundly embarrassing to them to do this," he says.

In the Jan. 20 letter, the American activists pointed out that Saudi Arabia had participated in the gathering in Paris to support freedom of speech after the attack on the French satiric magazine Charlie Hebdo.

The letter came just before President Obama's visit on Tuesday to Saudi Arabia. Obama paid his respects to King Abdullah, who died last week, and met with King Salman.

George hopes that Obama brought up the issue of Badawi in his meeting with the new king.

"I know that he is there in the aftermath of the death of the king, there are diplomatic niceties that have to be observed, but we have leverage," he says.

That leverage, George believes, comes from the close relationship that exists between Saudi Arabia and the US. And he says he understands that there are economic, geopolitics and military concerns to be considered. "But remember, they want decent recent relations with us as well,'' George says. "That gives us leverage. It's a two-way street."

My column: An Islamic Reformer, Lashed http://t.co/om1LlZQNOv Shame on Saudi Arabia for flogging this man pic.twitter.com/yvRHjQ1IOv