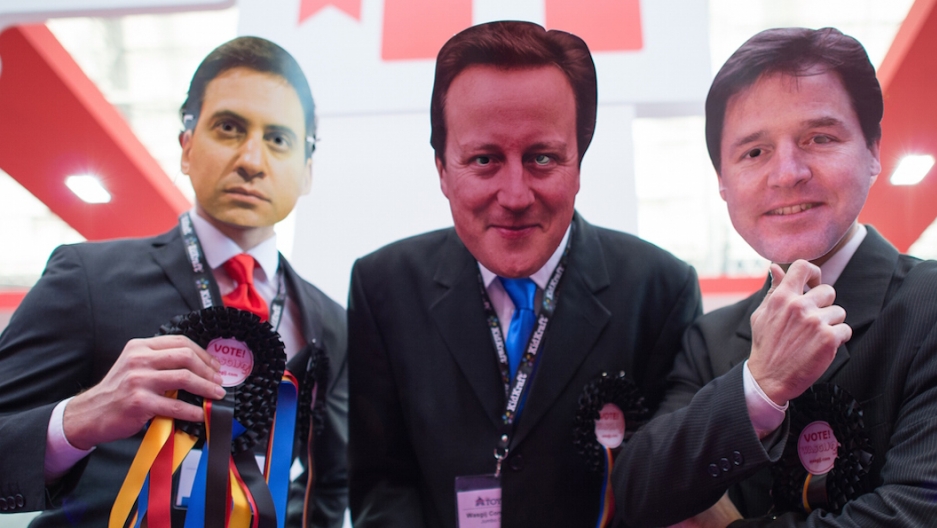 LONDON — There are 100 days left until the UK general election on May 7. As Europe reels from a shocking electoral upset in Greece, Britain is preparing for the most unpredictable vote in living memory. Here are a few things to discuss next time you’re at the pub sipping a warm beer and watching soccer.

“Blimey,” said Peter Kellner, president of the UK polling firm YouGov on Monday. “As a journalist and a pollster I’ve been covering elections for 45 years, and I’ve never been as uncertain as I am right now.”

Usually, at this point in the race, pollsters can offer predictions with some confidence. Not this time. The major pre-election polls are so close and so rapidly changing that they’re barely worth mentioning here. Some have Labour eking out a narrow majority. Others see a repeat of the current Conservative-Liberal Democrat coalition.

And there’s no shortage of events that could suddenly upset things in the months to come — a terrorist attack, more fluctuations in the price of oil, political and economic volatility in Europe.

There’s one thing UK pollsters agree on: We’re on our own for this one.

“If you want to bet on any of these, it’s down to you,” Kellner told a gathering at the Foreign Press Association in London. “I’m not offering any money-back guarantees.”

2. Smaller parties could change everything!

For the last half century, two parties have dominated British politics: Conservative and Labour. In 2010, neither earned enough parliamentary seats to form a government outright. The Tories, as the Conservatives are also known, and the centrist, libertarian-leaning Liberal Democrats made a deal to form the first peacetime coalition government since the 1930s.

Since then, the political landscape has been scrambled up. Support for the Liberal Democrats plunged during their time in (shared) power. The Scottish National Party has surged in popularity since its narrowly defeated independence referendum in September, at the expense of traditionally Labour votes. Minority parties once considered on the fringe — the UK Independence Party on the right, the Green Party on the left — have both had exponential growth in membership and expect to peel seats away from the majority parties in Parliament.

3. David Cameron could remain prime minister. Or not!

Surely you remember every minute of high school comparative government and don’t need any of this explained. But just for the record — UK voters cast ballots for their local representative, not for head of state. The party with a majority of Parliament’s 650 seats forms a government, and the queen names that party’s leader prime minister.

If incumbent David Cameron’s Tories don’t win the election, he would almost certainly step down as party leader. If not, he would most likely be named prime minister once again, barring a last-minute leadership coup.

Meanwhile, one of Labour's biggest problems is that few people in Britain can really picture leader Ed Miliband — who bears a striking resemblance to the human half of "Wallace and Gromit," the UK claymation comedy duo — as prime minister. (Google “Ed Miliband bacon sandwich.” You’ll see what we mean.)

4. There will be televised debates. Maybe!

The last election in 2010 was the first time party leaders debated each other on live television in the run-up to voting. British politicians still aren’t sure what to make of this newfangled technological advance.

For months, parties have been arguing about whether there should be televised debates, and if so who should get to participate.

It’s looking now like there could be two featuring the leaders of the country’s seven biggest parties, followed by two more closer to the election with just Cameron and Miliband, the top parties’ leaders.

British elections are not like US ones. There is probably more media coverage in the US of its next presidential election 650 days away than there is in the UK of the one in three months.

The public doesn’t really start to pay attention to this whole election thing until the prime minister dissolves parliament, a traditional step before a general election. That will happen on March 30. And that’s when things will get interesting.