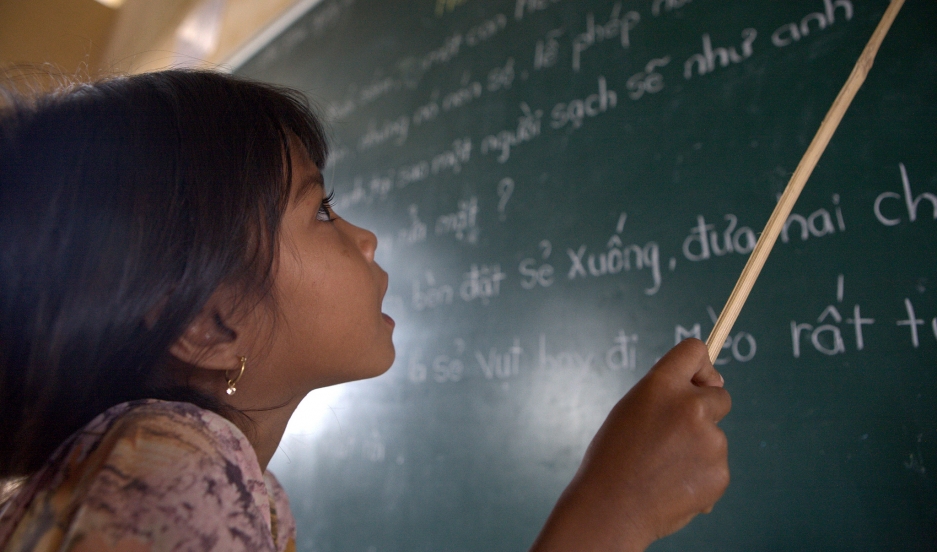 Language is something many of us take for granted. We use it every day, and we can almost always find people who share the same languages as us. But that's not true of everyone.

In some parts of the world, there are only a few dozen people who still speak a language — or even only one person.

​“There’s a very unusual situation in aboriginal Australia,” says poet Bob Holman, who hosts the new PBS documentary, Language Matters. "Charlie Mangulda is the last speaker of Amurdak ... When he forgets a word, there’s nobody he can ask what that word is; it’s gone. When that language is gone, it’s gone forever.”

And Amurdak is not alone. Of the 6,000 languages humans speak, half of them will be extinct in the next 50 years. Language Matters, which premiered on January 25, looks at some of these dying languages and the things that may die along with them.

Mangulda has helped keep alive Amurdak, which Holman says is tens of thousands of years old, through poetry.

“They keep their language alive through various forms,” Holman says. “While we were busy making inventions, they were busy working on their languages. One of them is a spirit language that we don’t know how to translate. All we know is that he’s talking to his ancestors in a very special way. It’s part of the way the language has survived.”

Most of the world’s dying languages are oral languages that have no written tradition. But their lack of a written existence doesn’t make them any less advanced. “These are very sophisticated languages,” says David Grubin, the film's director. "They’re filled with profound myths and stories, they just happen to be oral.”

Oral languages are especially vulnerable because today's preferred medium of communication is through written words — think text messages and emails — and even symbols — think emojis. “It’s part of the reason these languages are dying out so fast now,” Holman says.

But Holman says that technology is also helping oral languages. “In a way, the digital consciousness is a kind of synthesis of orality and literacy,” he says. “Now, for the first time, we are able to actually record these oral languages in a way that gives them their fullness.”

People who speak dying languages often want to converse in the language of the mainstream culture, but they also feel a deep sense of attachment to their native tongues.

“We can understand why people who speak endangered languages want to join the dominant language," Grubin says. "As one person says in our film, ‘It’s for our babies, we want them to succeed.’ On the other hand, there are people in these culture that are so proud of their language.”

Holman says that the answer to this crisis might be simpler than we think: Societies must encourage speakers of endangered language to be multilingual. But doing so is easier said than done.

“People have felt that in order to assimilate, they have to leave their whole identity behind,” he says. “It’s reached such a pitch that we’re losing languages that are actually treasures of humanity — they’re systems of consciousness that connect us to the planet in a way that is unique."