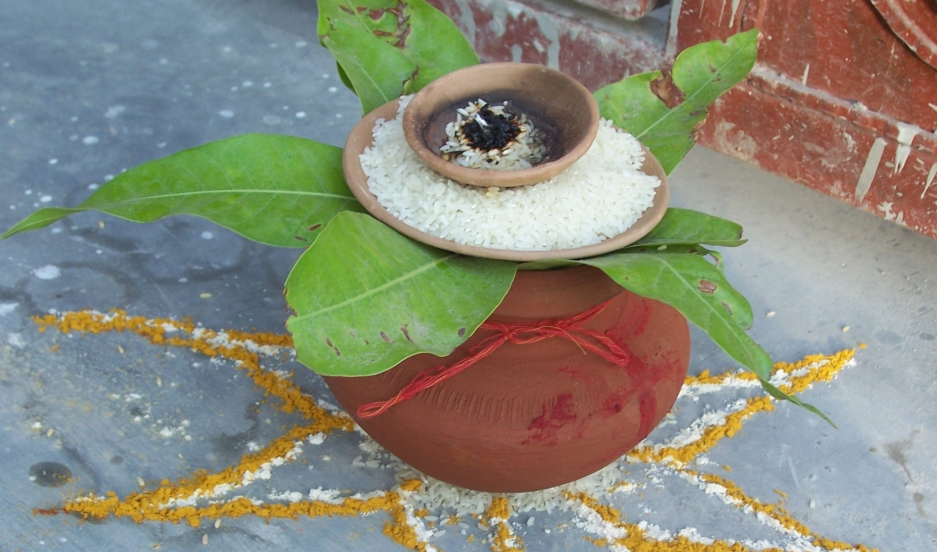 My mother performs many religious rituals. This one is called Griha Parvesh, a Hindu house warming ceremony. My father makes fun of them all.

My mother is a devout Hindu. She follows every ritual, fasts for every festival on the Hindu calendar and performs most religious ceremonies. She even claims to have read every Hindu text.

She has a small temple in her home where she worships daily. When she is not praying in front of her temple, she is constantly chanting a religious verse.

But my father is an atheist who enjoys making fun of my mother’s piety.

"What god are you worshipping today?" he asks my mother every morning.

“What does it matter you?” she responds.

"Make sure you don’t feed all the sweets to Shiva," he says. "He might get diabetic."

“You should worry about your own diabetes,” she tells him. The banter goes on and on.

On certain days of the week my mother won’t let my father enter her kitchen unless he’s taken his shower. On other days, he is not allowed to do things, like get a haircut. That might offend Lord Shani, according to my mother.

But my father makes sure to get his hair cut on that very day. He says there won’t be a long line.

"What a godless man you are,” she tells him.

My father says he’d rather feed a hungry man than shove a laddu, kind of like a donut hole, in Shiva’s mouth.

Growing up with a pious mother and a nonbeliever father, I didn’t know how to feel about religion. Sometimes I wished my father wouldn’t hurt my mother’s feelings by ridiculing her for being religious. But I also wished my mother didn’t try to make my father feel guilty for his beliefs.

But for the most part, their arguments over religion are good-natured — something we could all learn from these days.