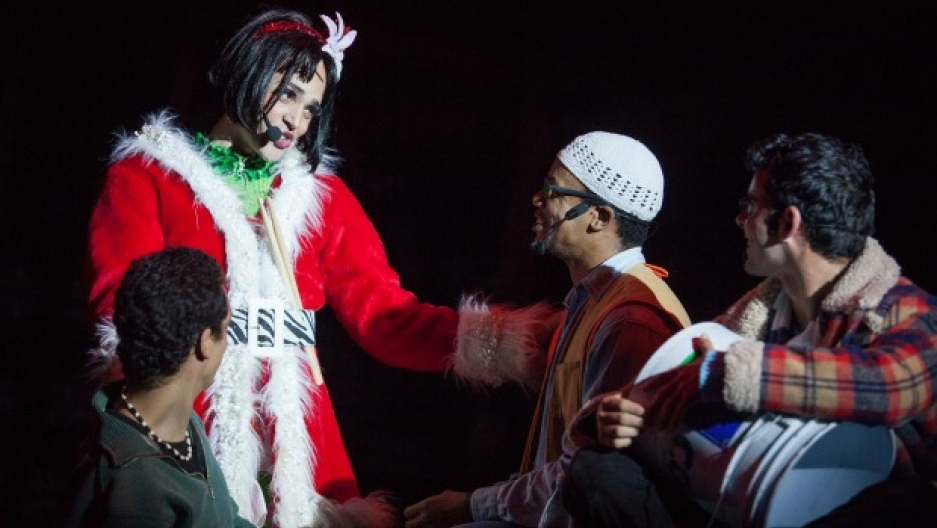 Well before President Obama announced the lifting of some trade and travel restrictions to Cuba last month, marking the most significant thaw between the nations since Cuba's Revolution, an interesting experiment was in the works. Just days after the announcement, Rent, Jonathan Larson's musical paean to 1980s bohemian New York, opened in Havana. It's the first musical to open in Cuba in partnership with a Broadway touring company, and produced to Broadway standards, since the Revolution. The show runs into March.

"Everyone in the world knows the prestige of Broadway, the level of professionalism and discipline, and it's an incredible experience for us to have it here in Cuba," said the show's associate director, Reynier Rodriguez Vazquez. While arts education is strong in Cuba, finding the right combination of talents was a challenge. "The actors didn't really know the art form too well, so I got some singers and some actors, and none of them had real proficiency with doing it in combination," said Andy Seor, Jr., the show's Cuban-America director, who is based in Miami. "This particular musical style is very specific. Training them in the medium and teaching them Rent was a whole job in itself." Broadway technical standards were also new for the local crew. "We were pushing people past what they're comfortable with --- the lighting technician going from 25 light cues to over 200 with the speed and precision that's necessary. That was the most challenging thing."

Tickets to the show went for $20 for tourists and around 80 cents for Cubans, since the government mandates that artistic performances must be broadly accessible. It wasn't a money-making proposition for Nederlander Worldwide Entertainment, which partnered with Cuba's National Council of Performing Arts. But it was an interesting choice for a first Broadway show. What does a Cuban audience make of Rent, with its depictions of junkies, AIDS, and rapacious landlords? Drug use isn't common in Cuba, and the country avoided an AIDS crisis owing to a controversial quarantine program. And Cubans don't pay rent as we do --- housing is guaranteed. Only small gestures were made to Cubanize the play, like calling out Havana's Calle Vente Tres in place of the Lower East Side's Avenue B. "It was important to be very faithful to the vision of Jonathan Larson, and respect his whole story," said Vazquez. "It's not a story based in Cuba, so we have to relay how it's shaped by New York."

But other aspects of Rent make sense in Cuba. Larson's play is, in part, a critique of private property in a market economy--- and the critique of private property is central to Cuba's political culture. Andy Seor says that there is nothing more Cuban than finding ways to make do. "Cubans have a very specific way of adapting to their situation financially. They're very intensively creative. I think that's what's so great about Rent being the first show that we bring over, because it's not like its Beauty and the Beast where they can't identify with the characters."

Actress Ariadna Nunez, who stars in the show as Mimi Marquez, hopes that a high-profile import such as Rent could re-ignite Cuba's own musical theater. Locally produced musicals and operas once filled Havana's grand theaters, and in the twentieth century, every American star played in Havana, up until the Revolution. "Cuba has a tradition of musical theater, but it's mostly in the past. So to have the chance to do a musical at a world-class level is something we're so grateful for. I think it's the start of a new era."