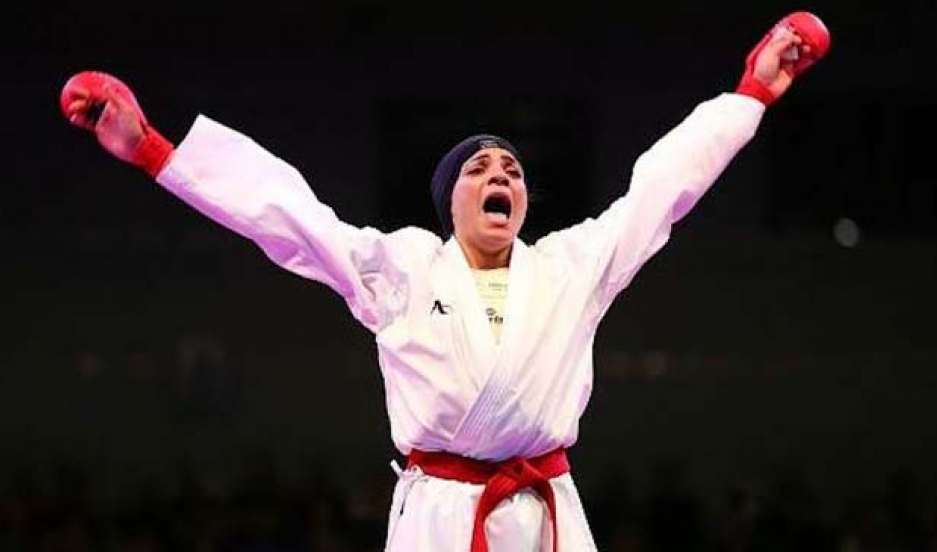 Shymaa Abou el-Yazed is the world champion and captain of the Egyptian karate team.

“I’m from a middle-class family. I never imagined I’d travel outside Egypt, go on a plane or even see one,” said Shymaa Abou el-Yazed, captain of the Egyptian women’s karate team and a world champion.

At 28 years old, Abou el-Yazed, who is from Shubra, a populous middle-class neighborhood in central Cairo, has done those things and then some.

“I’ve been to places I’d never imagined going,” she said.

One of those places was Bremen, Germany, where in November, at the karate world championships, the Egyptian women’s team took gold medals in the individual and group categories.

In a country where women’s rights are under constant attack — mob sexual assaults have spiked in the last four years, security forces conduct virginity tests on female protesters and more than 90 percent of women between 15 and 49 have undergone female genital mutilation — women’s karate is a rare bright spot.

The path to the gold

Women and girls have participated in karate in Egypt since the 1970s. But even among karate practitioners, Abou el-Yazed is a trailblazer. She is the first woman in the history of Egyptian karate to return to the sport after getting married and having a child.

In 2011, she took time off for her wedding. People were skeptical when she opted to return to the sport. “It doesn’t happen in Egypt that one gets married and comes back,” she said.

But with a bit of encouragement and a lot of hard work, she returned and got her gold medal. “I had to prove to people, and to myself before anyone else, that I could do it,” she said.

It was even harder to return after having a baby, but she had a lot of support. “My father would get up at five in the morning and come over at six on his bicycle so he could hold the baby while I trained,” she said.

Today, Abou el-Yazed’s daughter is an active member of the team. “She runs next to us whenever we do exercises. She is the smallest player,” Abou el-Yazed said.

“It’s amazing,” 24-year-old Fatma el-Zahraa Yilmaz, one of Abou el-Yazed's teammates, said of the older woman's return. “No one’s ever done it before.”

Yilmaz herself is engaged and says she won't make the same choice. “After I get married, I won’t play anymore,” she said. “It’s very tiring and the training camps are all day.”

In a hot pink sweater that matches her sneakers and her eye shadow, not to mention her pink-and-white hijab, Abou el-Yazed is as much a force off the mat as she is on it. But, she says, her win in Bremen was a struggle.

“The night before the final, I took a hot shower, read a bit of the Quran. Of course, I hardly slept,” she said.

“The players from Iran, Turkey and Japan were warming up next to me," Abou el-Yazed remembered. "Seeing the Japanese girl eyeing me gave me more confidence. She was worried about me.”

Everyone in the karate world says the sport provides self-confidence. “Especially in our culture, women need to be more self confident,” said Ayman Abdel Hameed, head of the Egyptian Karate Federation. “The idea of women being stuck at home is not valid these days.”

But women’s sports in Egypt have a long way to go. “In Egypt we don’t have an awareness of sports for women and girls,” said Abou el-Yazed, who has a master's degree in sports education and hopes to get a job in the Ministry of Youth and Sports. “Many of those who take their children to sports are sports fans, athletes themselves, or sent by a doctor.”

“There are people who say, 'You are a girl, why are you doing a violent sport? You should be doing ballet,'” Yilmaz said. But from a religious perspective, karate was the perfect choice for Yilmaz, who used to be a swimmer.

“I knew that when I put on my hijab, I wouldn’t be able to continue swimming,” she said. The headscarf used to be banned in international karate competitions — Iran's team couldn't compete as a result — but Yilmaz decided to take off her hijab during matches. “I felt that what we were doing was bigger than that, and no one will be staring at my hair during the match.”

Now female players are allowed to wear a bonnet to cover their hair, letting the Iranian women’s team compete internationally. 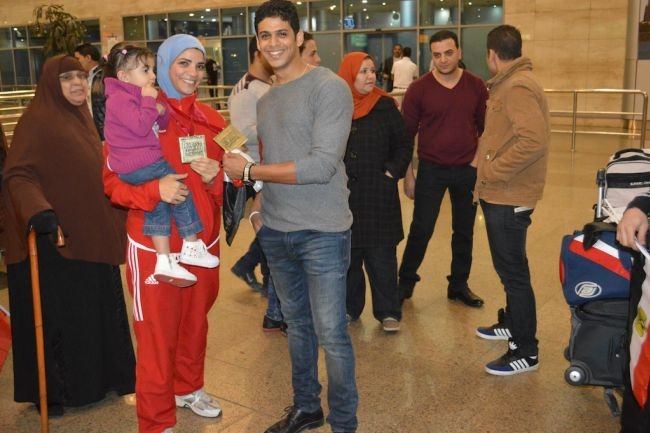 What about sexual harassment?

Sexual harassment in Egypt has gained international notoriety in the last four years.

“Any girl walking in the street has to have eyes in her head. It’s not secure,” Yilmaz says. “I feel that girls who do karate or any self defense, their fear is less than others because if anything happens, you will know how to defend yourself.”

Abdel Hameed thinks that karate can actually help combat the problem. “Karate creates a very good atmosphere for youth to be taught respect," he said. “It’s a kind of remedy for this phenomenon.”

Karate can bridge political boundaries as well. Since the military coup that ousted the Muslim Brotherhood from Egypt's government, relations between Egypt and Turkey and Qatar, which are accused of supporting the Islamist group, have been strained. But at the level of sports, players from the three countries get along much as they always have.

“We hope this will have an impact on our relationship later on,” Abdel Hameed said.

“I have friends from Turkey, France, Morocco and Tunisia,” Yilmaz said. “Politics doesn’t come up.”

Abdel Hameed says he hopes to expand access to the sport across Egypt. “You don’t need a lot of gadgets or gear to do karate,” said Abou el-Zayed, suggesting it costs less than some other sports.

There are about 1,250 karate clubs registered in Egypt, spread over 27 provinces. That’s about 350,000 players, according to Abdel Hameed. The federation funds highly trained coaches from Cairo to go out on weekends to train teams in far-flung provinces.

Parents are often eager for their children to participate. “I think karate is different from other sports. There is a kind of military attitude, which we like in Egypt,” he said.

Abdel Hameed has high hopes for the program. “I believe in the coming era people will ask for Egyptian coaches to come and teach them,” he said.

Already there are Egyptian karate coaches in Tunisia, Rwanda, the Democratic Republic of Congo, Saudi Arabia, Iraq, the United Arab Emirates and Kuwait. And at the world championships in Bremen, Egypt even triumphed in the special needs category: Salma Alaa el-Din won the gold medal for women.