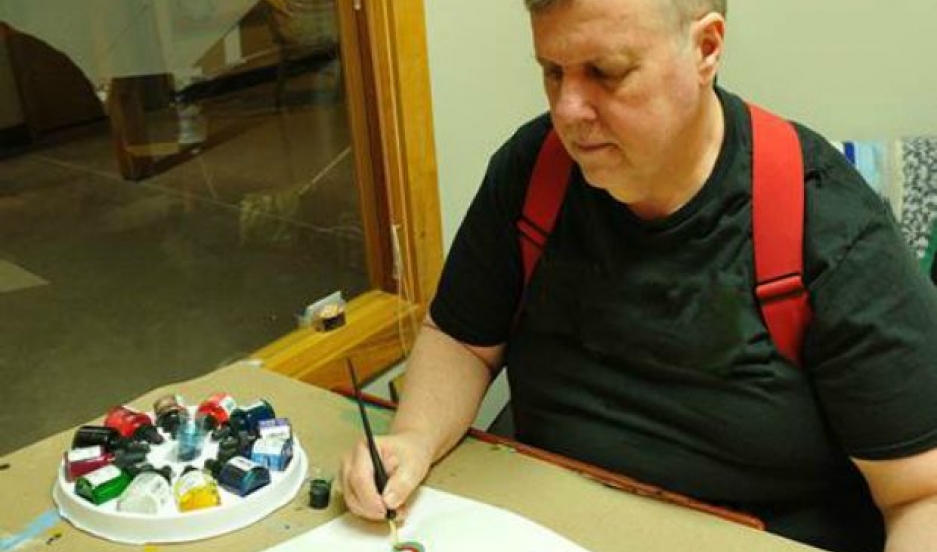 Garman Herigstad has resolved to hand-letter the entire Book of Proverbs this year.
Credit:

It’s a long way from big-budget Hollywood special effects to hand-lettering the entire Book of Proverbs. But that’s where Garman Herigstad wants to go.

For the past three years, PRI’s Studio 360 has asked listeners to share their creative New Year’s resolutions — not resolutions about losing weight or getting more exercise: resolutions about artistic projects they really want to do, but need a little encouragement to jumpstart. This year, PRI.org is joining them in the fun.

Herigstad created special effects for movies and TV shows, including Harry Potter and X-Men, for more than 25 years. He says that was a pretty exciting experience. But now he is trying to make the transition to being more of an artist.

“As movies got bigger and bigger and bigger, for me it felt like they were getting less and less creative and more about just knocking out burning buildings and smashing cars and things like that,” Herigstad says. “Whenever, I see some really beautiful calligraphy or hand-drawn lettering, my heart just kind of melts.”

Herigstad first cultivated his skills at hand-drawn lettering as a university student. Now, for 2015, Herigstad has decided to get back into calligraphy work — in a really big way.

His resolution: to hand-letter the entire Book of Proverbs. Why Proverbs?

“It’s about 700 little snippets of wisdom,” he says. “It would force me to do a huge body of work, which would help me build up my skills. At the same time, there’s a lot of variety in each one.”

Right now, Herigstad is really feeling Proverbs 27:1: “Do not boast about tomorrow, for you do not know what a day may bring forth.”

“I’m setting a goal, but I want to keep my expectations out there,” he says.