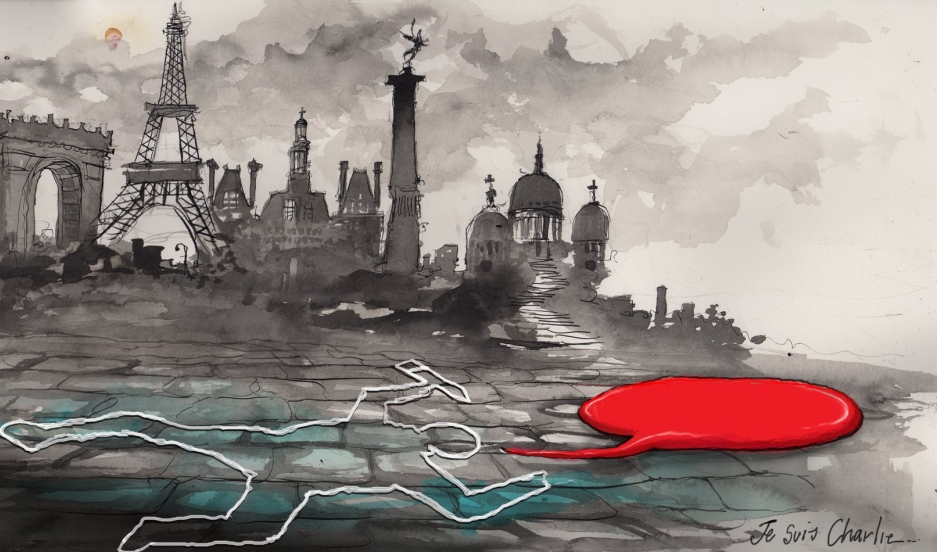 Share
The brazen murder of the Charlie Hebdo cartoonists in Paris has brought a lot of attention to those who draw political satire. Australia's David Rowe is a singular practitioner of the art. He churns out four or five political cartoons a week for the Australian Financial Review. He does it with watercolors, bold brush strokes and a biting wit. "I'm not much of a writer. I'm more visual sort of cartoonist." 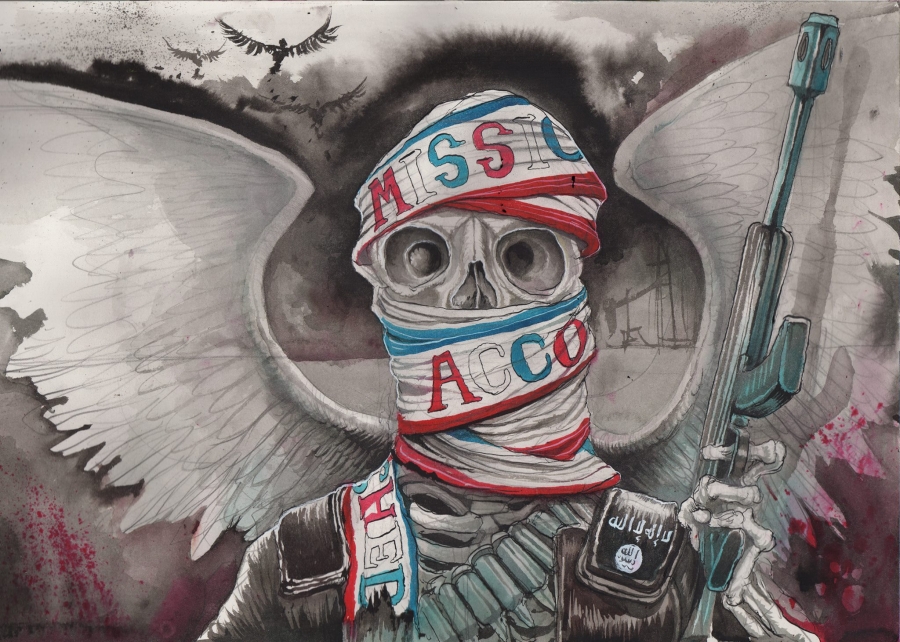 A successful political cartoon is one you get with a mere glance. It's that marriage of art and journalism that excites Rowe. "I think people can grab a whole story in a couple of seconds and understand it." 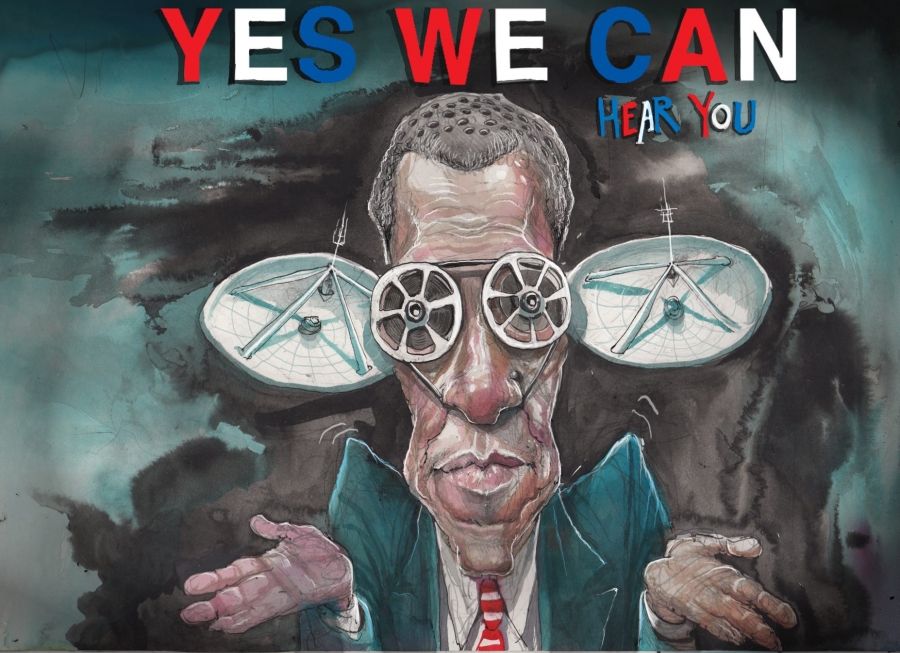 Rowe grew up in Canberra, Australia's capital, in a politically aware family. "We always talked about politics." As a kid, Rowe devoured the books of political cartoons his father would leave in the back of the family Volkswagen. "My parents always remember me drawing. That's all I did.I just loved caricature and I sort of had an awareness of who the [Australian] politicians were at a very young age."

Rowe has a take-no-prisoners approach when it comes to caricaturing Australian politicians. Current Australian Prime Minister Tony Abbott made the mistake of wearing a red Speedo bathing suit at a swim club in Sydney in 2009. The Speedo, known in Australian slang as a 'budgie smuggler', is now a staple of every cartoon Rowe draws of Abbott. 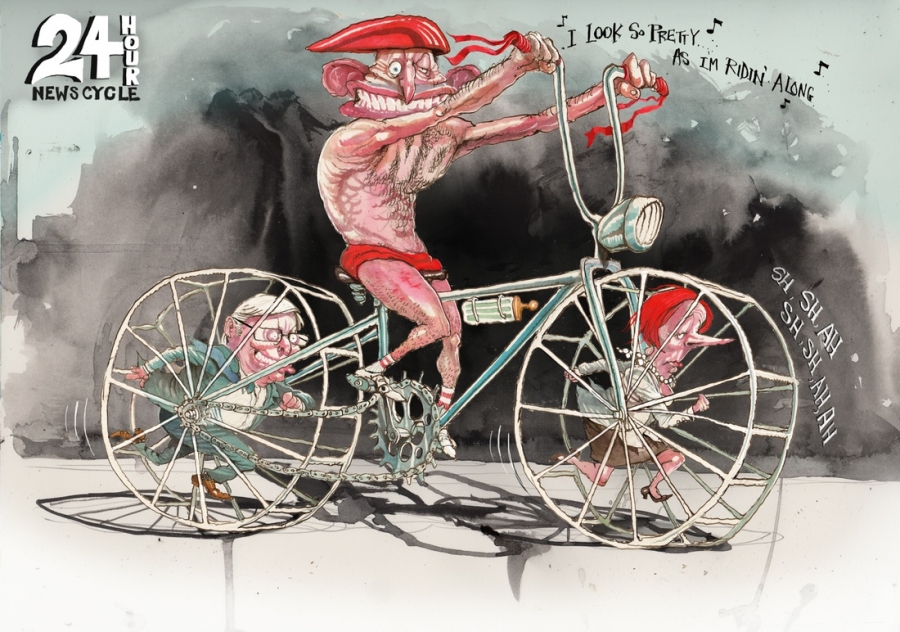 Rowe says his over-the-top visual satire, such as this effort after President Obama's State of the Union address, is very typical of Australian political cartoonists. "They are quite merciless when it comes to caricaturing politicians. They can be quite coarse and brash. They're not afraid to do anything. From our perpective, we see American editorial cartoons as a bit mainstream." 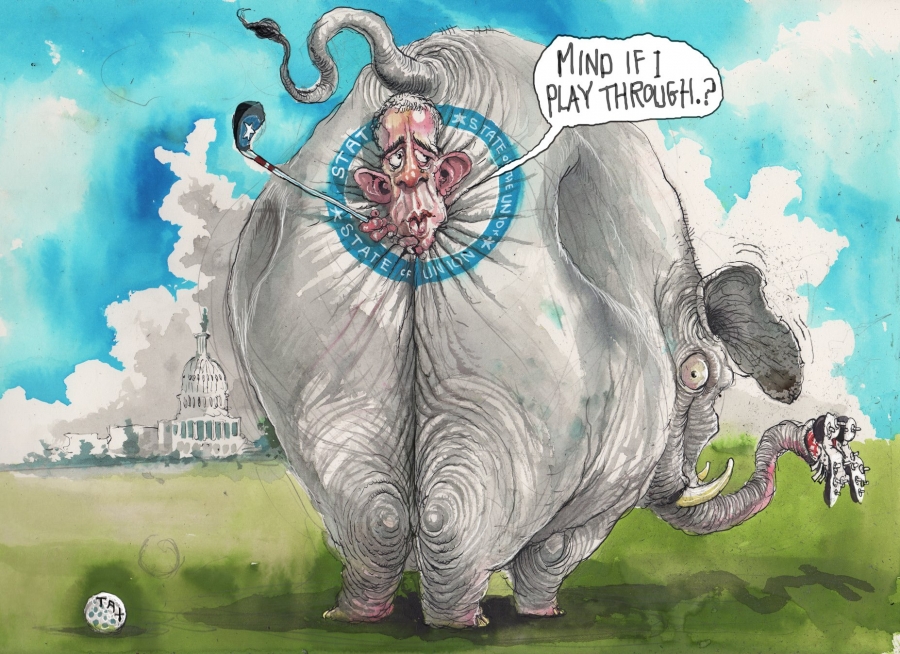 David Rowe says the tools he uses to create his cartoons have changed with the times. He used to draw with a pencil on beautiful German-made paper. "The paper discontinued so I moved on to watercolor." Rowe works partly from home and simply scans his paintings and "tarts it up" on Photoshop. 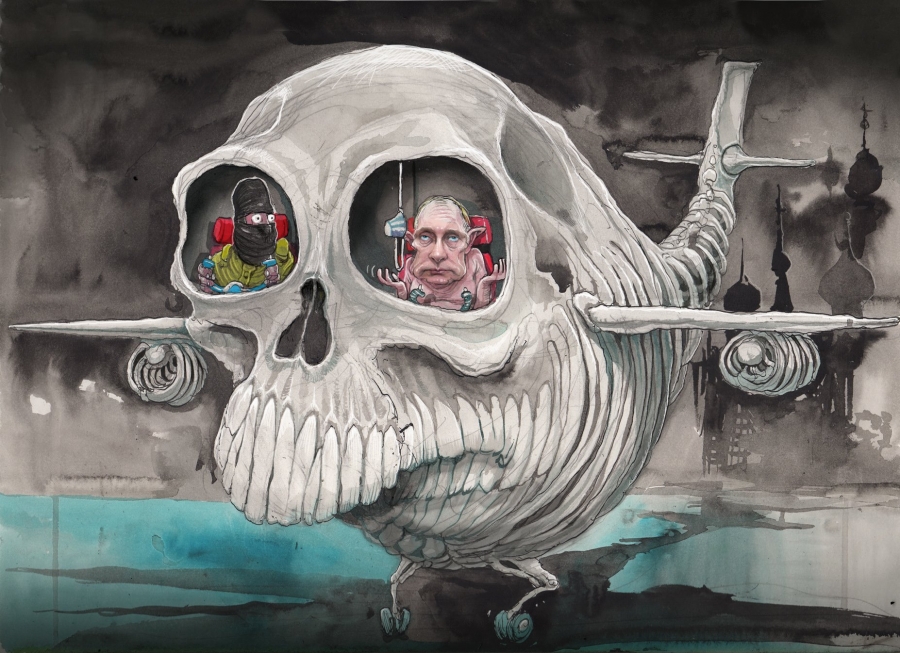 One of Rowe's artistic and satirical influences was the late Ronald Searle, the British artist and satirical cartoonist. Like Searle, Rowe's cartoons are like paintings. They're colorful and fill the entire frame. The pictures drip with emotion and expressions are exaggerated. 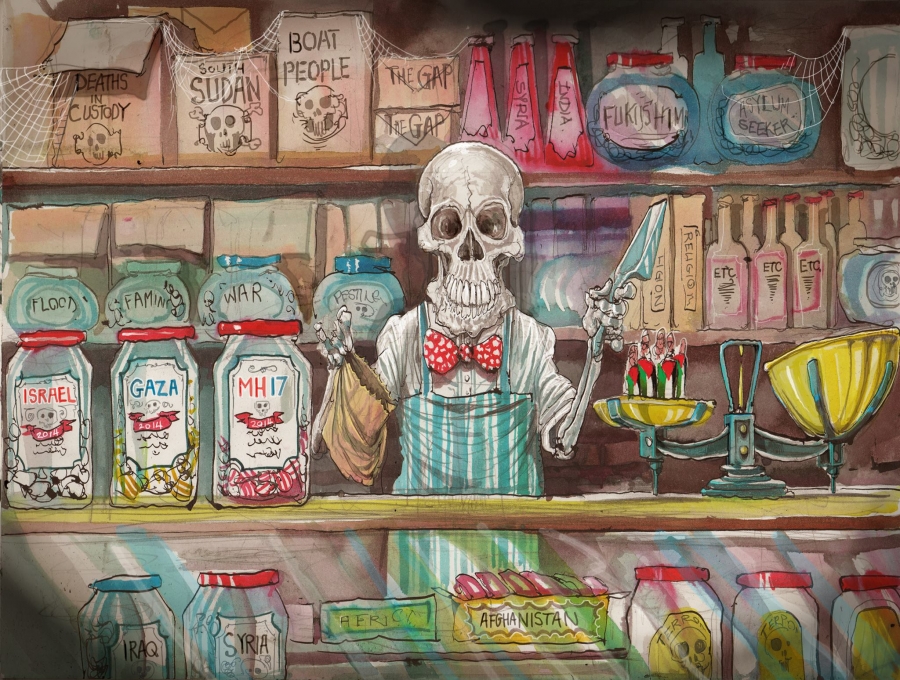 The boldness and 'out there' quality of Rowe's cartoons suggest he's a loud, provocative, in your face kind of guy. But in person, Rowe is soft-spoken, self-effacing and thoughtful. And he has strict limits on what he'll cartoon. When I spoke to him, the ISIS beheadings were in the news. Rowe said he'd never portray a savage act like that in a cartoon. "It's too sad for the family. Something that vicious. It's not my place. What do I know?" 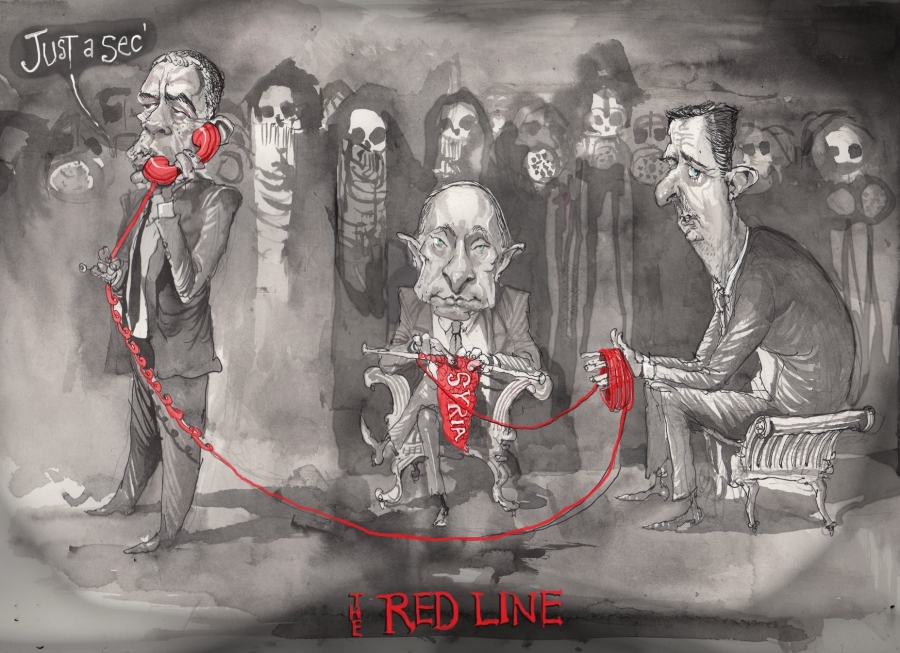 David Rowe has a simple formula for determining of something is drawable. "If you're feeling uncomfortable about it, it's really hard to cartoon about it. So that's telling me that I should steer clear of that."