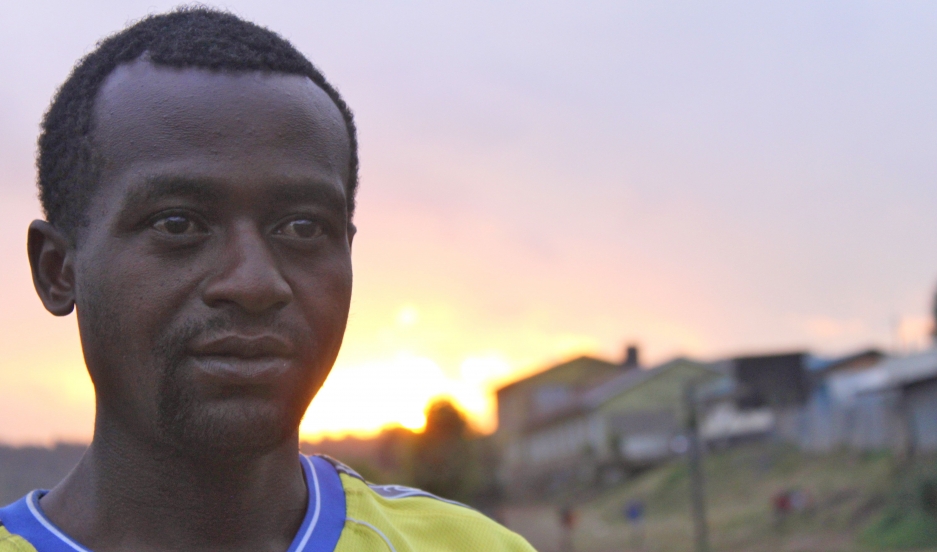 Many Kenyans, like this man, do not speak English-- but they may speak several African languages.

We’re getting better at breaking down language barriers. Thanks to the likes of Google Translate, Duolingo, Rosetta Stone and Skype, we can understand — and even communicate — across languages.

Machine translation is improving all the time. But it’s not always enough.

In most African countries, there are too many sick people, and not enough people or money to care for them. Western countries and aid agencies have done much to improve health care systems: They train doctors, help build hospitals and donate medication. 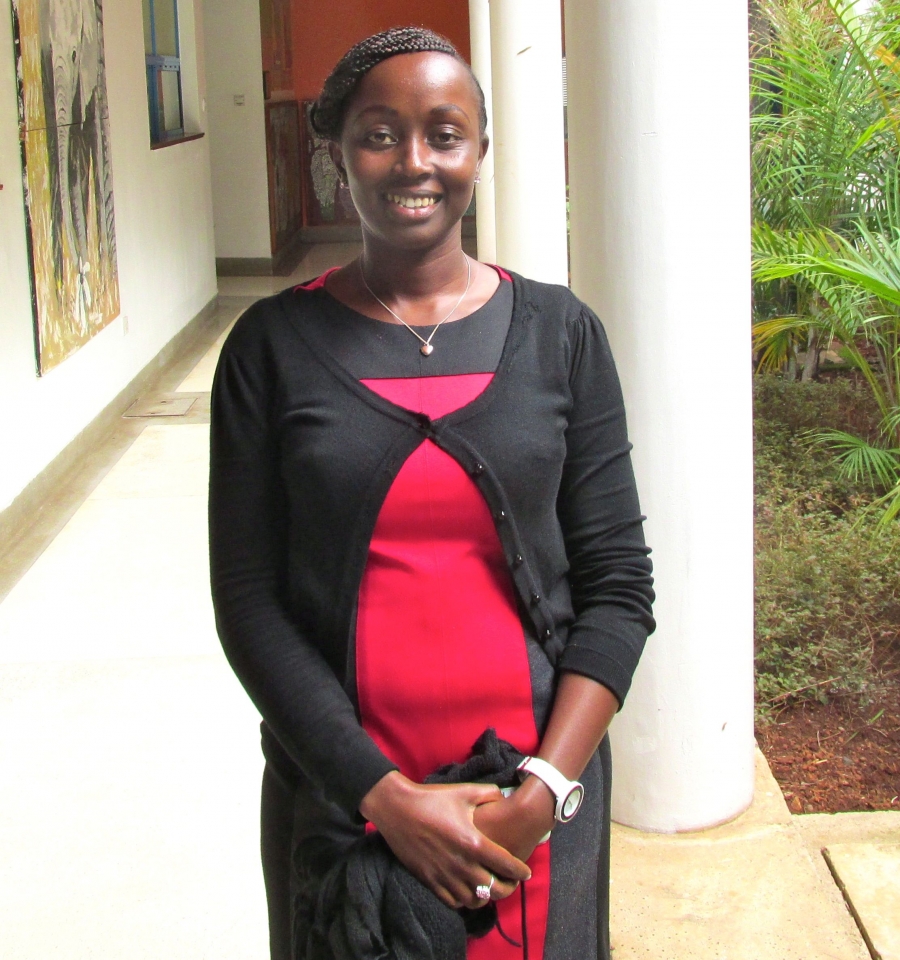 Carol Muriithi-Waweru is a doctor at Gertrude's Pediatric Hospital in Nairobi.

It’s only now that they’re realizing that they need to do something else: Train translators and interpreters to help patients understand what doctors are telling them, to translate public health leaflets and, above all, to translate instructions that come with medications.

“The instructions are written in English,” says Carol Muriithi-Waweru , a doctor at Gertrude’s Pediatric Hospital in Nairobi, Kenya. The hospital serves some of Nairobi’s poorest communities.

“Many of these drugs are imported into the country,” Muriithi-Waweru says. “We explain to the patients in a language they can understand ... on how to take the medication.” 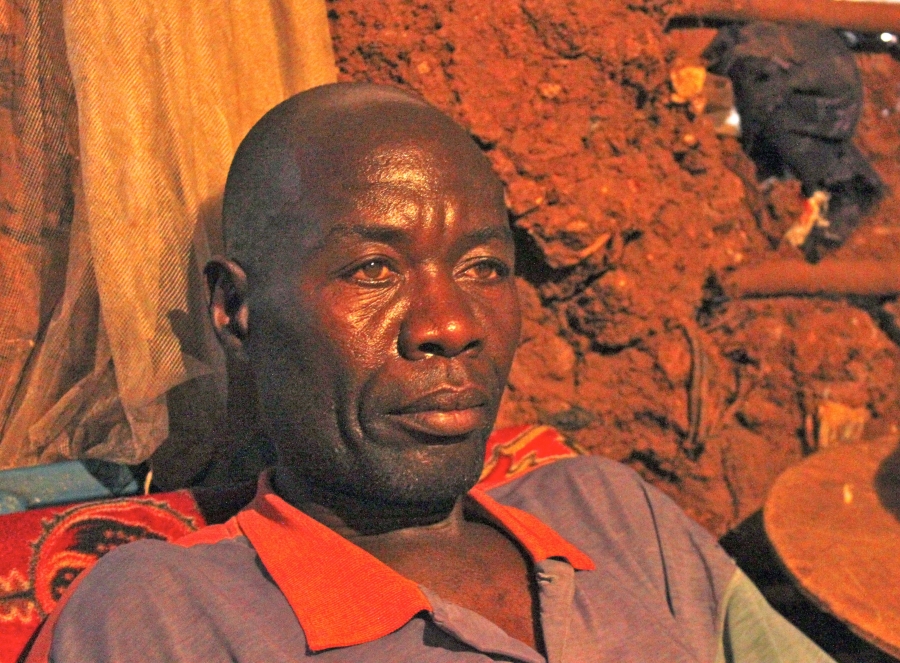 Koseto Opio rests in his home in Nairobi's Kibera slum. Opio takes his medication and other ailments with the help of an outreach worker who translates for him.

The language in this case is usually Swahili. The hospital sends health workers to patients’ homes where they will translate the instructions and make sure the patients follow them.

It’s a far cry from the ideal: Pointing a smartphone camera at the medication instructions then reading those instructions in your own language via a translation app. That might be possible one day, but not right now. The instructions are often complicated, as are the patients’ needs. For the many who have Type 2 diabetes or HIV, there are a multitude of drugs to take.

The translator/outreach workers at Gertrude’s are an exception.

In Africa, “the translation industry has not been appreciated much,” says Paul Warambo, director of the Nairobi office of Translators Without Borders.

“Hospitals know that language is a barrier, but they do not employ translators or interpreters,” Warambo says. “Probably there's no budget for it, or nobody cares about it.”

Translators Without Borders is a global organization that seeks to help deliver humanitarian services to people in their native tongues — or at least languages that they understand better than English, French or Spanish.

Warambo’s colleague in his Nairobi office, Mathias Kathuke, tells the story of a mother who was having trouble producing milk for her baby. 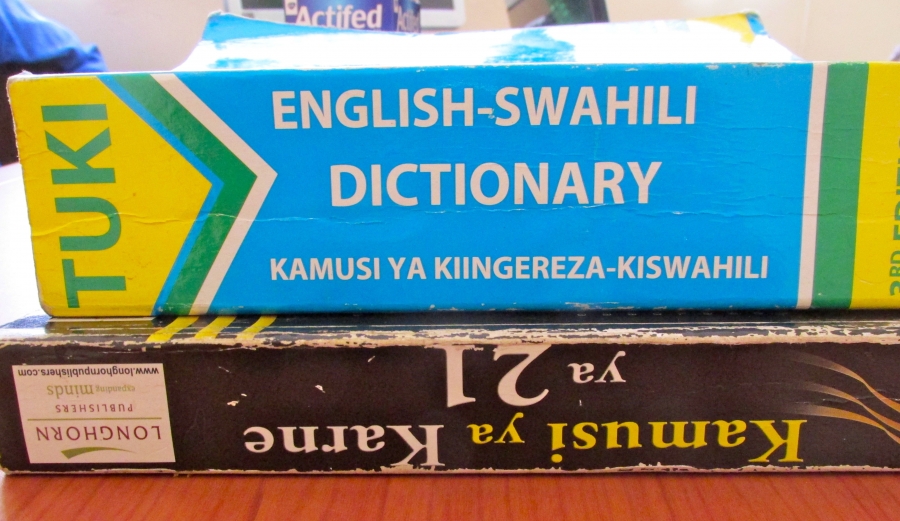 Reference materials are displayed at the offices of Translators Without Borders in Nairobi.

“She goes to the hospital and is given drugs that are supposed to stimulate milk production — but the prescription is in French,” Kathuke says. “She doesn't know how to read or write.  So she goes home and she doesn't take the medicine. She gives it to the child.”

After the child is given the drug intended for his mother, he dies.

“That's how tragic miscommunication can be,” Kathuke says. “That's where translation comes in.”

Translators Without Borders is focusing on the Swahili language because it is widely spoken in several African countries. But it doesn’t cover everyone. The Masai people, for example, generally do not speak either Swahili or English.

“They suffer from completely curable, preventable illnesses as a result of that,” says Lori Thicke, founder and president of Translators Without Borders. 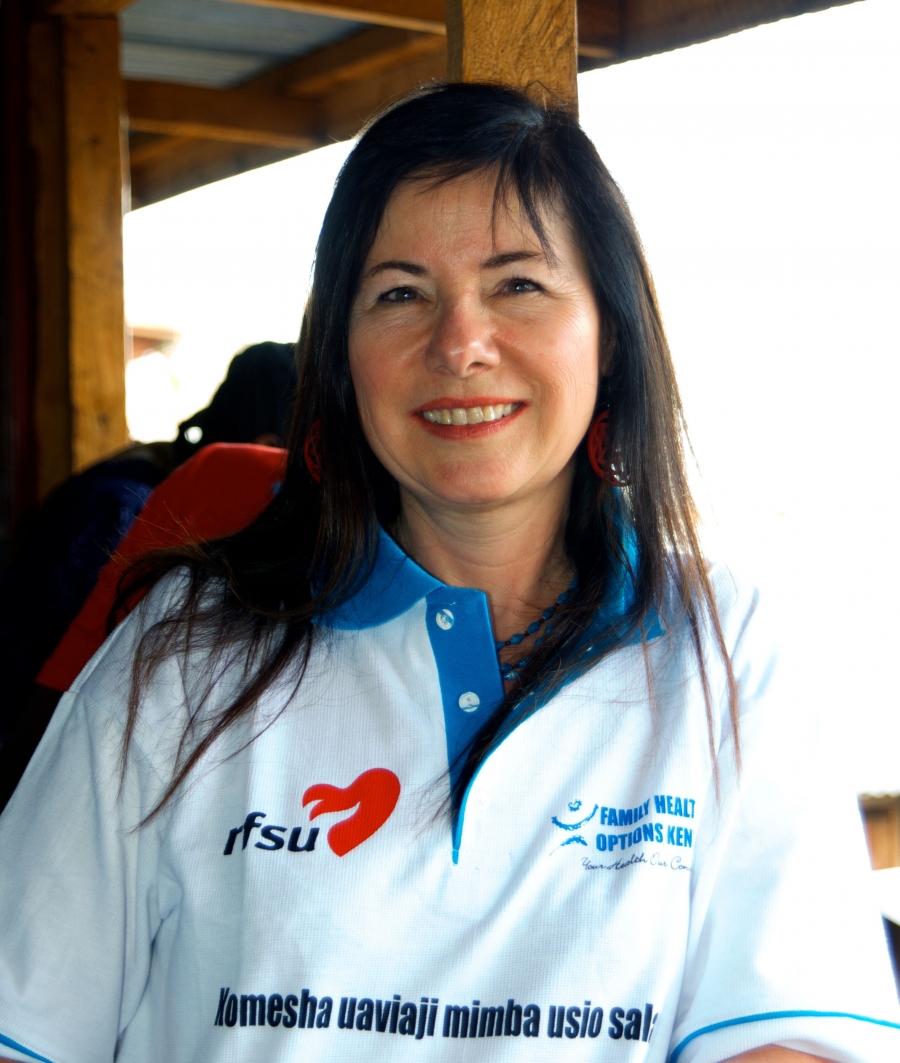 Lori Thicke is founder and president of Translators Without Borders.

More than 1,000 languages are spoken in Africa. Thicke says that has made many Africans “incredible linguists” who can be recruited to translate medical materials.

“They will generally speak three to five language, regardless of education level,” she says. “But the issue is if English is their third or fourth language, you want to make sure that any critical information does get to them in their main language — or as close to their main language as possible."

Thicke says it’s even more complicated in other African countries. Not only do people not have access to health care in their own language — they may be self-diagnosing as well.

“In Ethiopia, they have one doctor for 80,000 people,” Thicke says. “Most people in Africa will never see a doctor in their lives. Empowering mothers with information about how to take care of their babies is really important.”

Thicke believes that translation into native tongues “would have rewritten history” in the countries struck by the recent Ebola epidemic.

“They lost an opportunity when they gave the message about Ebola in English in countries where [only 15 to 20 percent of the people] spoke English,” Thicke says. “It really gave rise to a lot of rumors that it was a government plot. If you speak to someone in their own language you're more likely to touch them, and convince them."

The Nairobi interviews were done by Phillip Martin of Boston public radio station WGBH. His trip to Kenya was funded by the International Center for Journalists and the Ford Foundation.