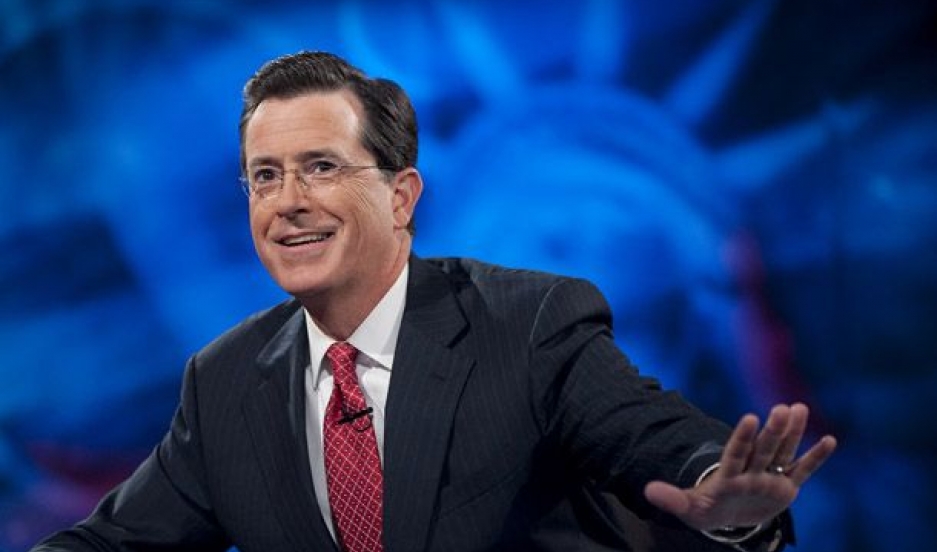 Stephen Colbert is leaving his signature satire show behind.

Stephen Colbert is no more. That’s old news. As I wait for his return as the host of a late night show in Dave Letterman’s slot on CBS, I have been thinking about what it is he was on “The Colbert Report.”

There was much talk of his character and him being constantly “in character.” Colbert himself has done very few interviews out of character, stepping carefully away from the bombastic faux right-winger that defined his show and came to define political satire in America. He fearlessly performed in character with steely focus, even at the 2006 White House Correspondent’s Dinner — YouTube videos of his performance at the event have been seen in various incarnations more than 6 million times.

There was a discipline to that character that reminds me of the Charlie Hebdo writers. In comments before and after the tragic shootings this month, it was clear these satirists were aware of the distinct place they occupied and the role it was their responsibility to play.

After the publication of their first issue to follow the shootings, there has been concern among Hebdo purists that they might abandon their traditional role — that they might be tempted by some lure of mainstream circulation numbers or the easy embrace of mainstream sentimentality, which was suggested by the conciliatory image “All is Forgiven” that appeared on their most recent cover.

All of this has lately caused me to think of Colbert. He has abdicated the role he created, but I wonder if our discourse has grown to need such a character in a moment when political satire is so cheap. Whatever his talents, the Letterman slot comes with much lower expectations. It is the funny, clever fellow welcoming celebrities model that makes few demands of its audience. Colbert may need that kind of retirement gig. He certainly has earned it.

Once, at a party, he and I had a fascinating discussion about the responsibility of comedy after an event like 9/11. He wondered if the Daily Show, which he worked for at the time, might have waited too long in that uneasy moment after the attacks. We spoke about how The Onion was the first to publish humor after those events, and that the decision was a deep reminder of the serious responsibility of comedy.

In that way, Colbert’s character doesn’t really belong to him. It is something like an art project not unlike German artists Eva and Adele whose strange and wonderful work is partly their absolute determination never to step away from the bizarre characters they have created.

Colbert may have another, even more important character for us later this year when he takes Letterman’s territory. He’s that talented. But as the “Je Suis Charlie” motto is now embroiled in a very mainstream trademark chase that may pay someone blood money for t-shirts in the global capitalist circus, Colbert is undoubtedly mindful of how he can step farther out onto the risky ledge of satire in his next incarnation, or go the other way which leads only to the forgettable mainstream.

It’s an admirable place for a creative genius to be. I’m hardly an enforcer of what Colbert should do, but it’s very clear that only a very few in history have ever stepped out on to that ledge with as many people around the world watching to see if he will jump.

This blog post was first published by The Takeaway, a public radio program that invites you to be part of the American conversation.