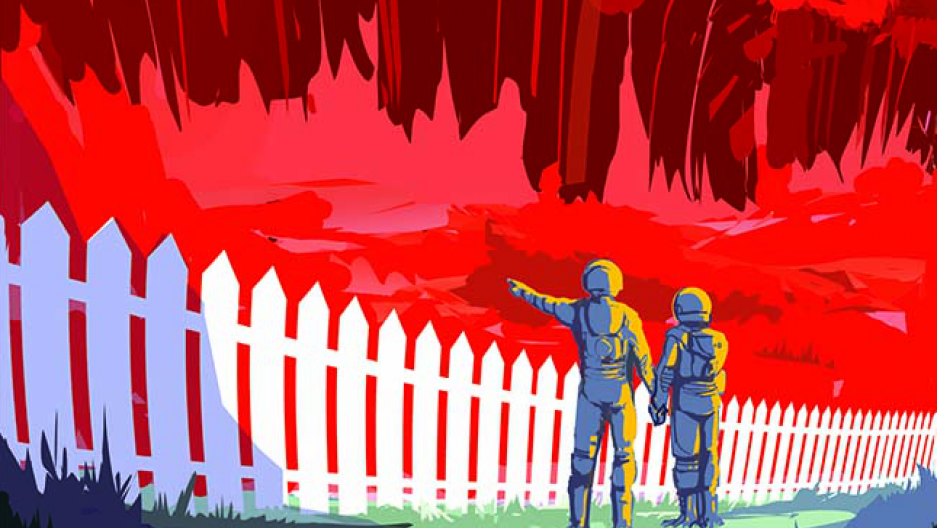 Share
The near future of space travel seems to be privately funded by billionaires like Elon Musk and Richard Branson. Meanwhile, NASA has had to lobby for funding among all the other government agencies during the Great Recession. To highlight their scientific accomplishments, NASA'sJet Propulsion Laboratoryrecently commissioned thesevintage-style travel posters of some of the new planets discovered by the Kepler Space Telescope.The posters are supposedly advertisements for the not-yet-existing Exoplanet Travel Bureau.
Imagine cruising to Kepler-186f. NASA says the atmospherecould sustain life. Its sun is a red dwarf star, which means the planet's vegetation could be red insteadof green. Hopefully when we get there, Instagram will be able to upload 490 light years away. 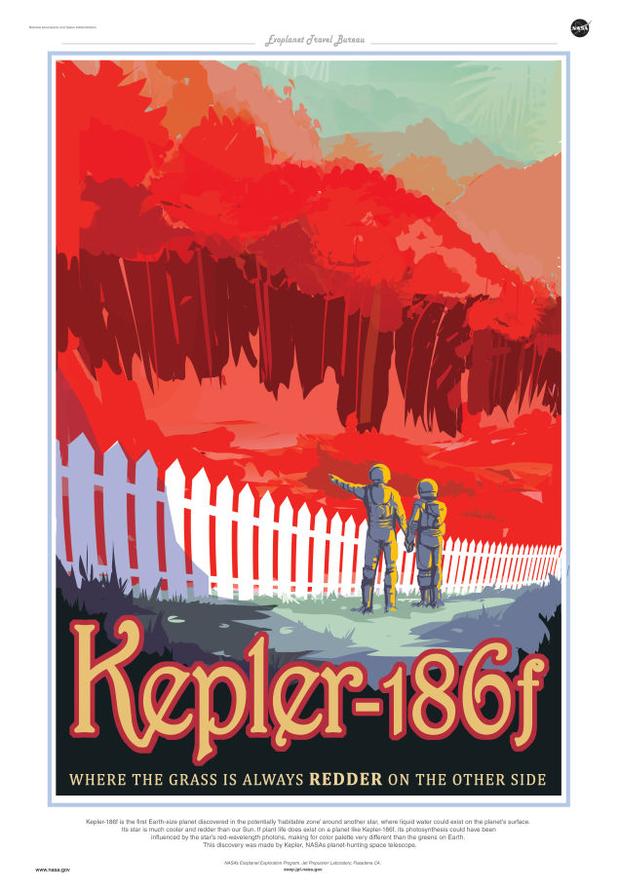 A poster for exoplanet Kepler-186f
(NASA/JPL-Caltech)
If you want to live out your Luke Skywalker fantasies, you can visit Kepler-16b, which orbits two suns. But the atmosphere is definitely not breathable, so you won't be able to stand on the rocks with feathered hair and hear John Williams in your head. 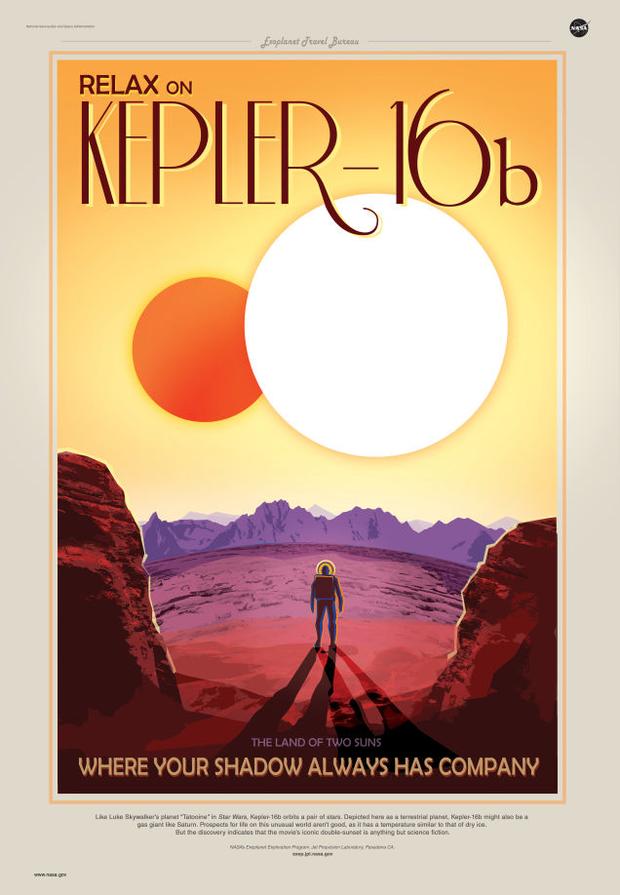 A poster for exoplanet Kepler-16b
(NASA/JPL-Caltech)
Launched in 2009, the Kepler Telescope has discovered more than a thousand planets, and NASAwould like to build moresuper-telescopes.But ifthey really want to get us excited about exoplanets -- they've got to do something about those names. Saturn and Jupiter roll off the tongue a lot easier than HD 40307g. 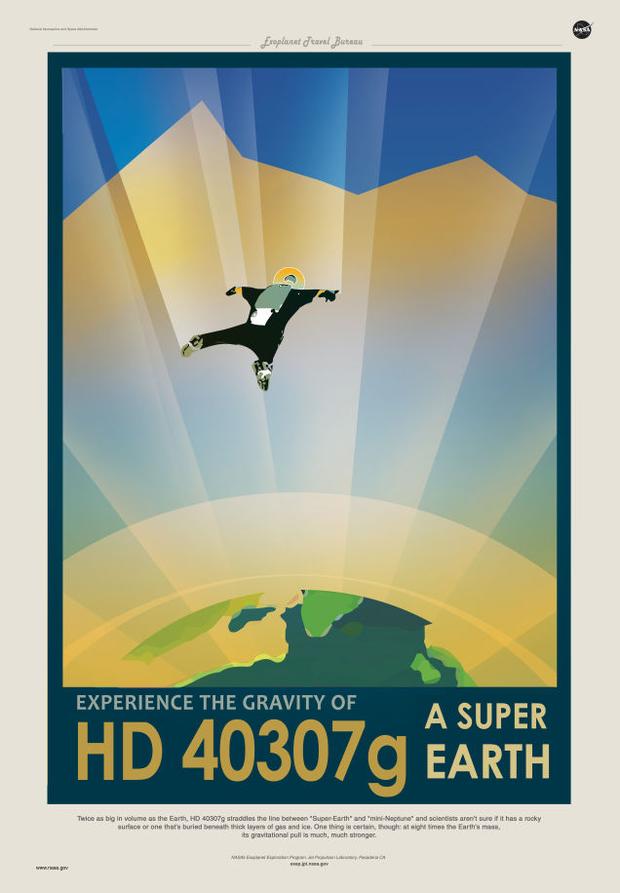