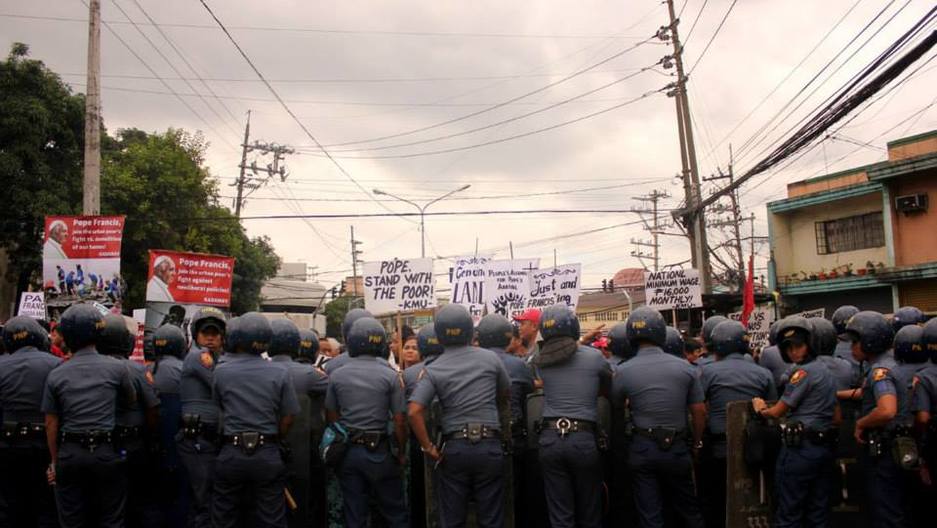 Phillipine police block protesters from marching within sight of Pope Francis' motorcade in Manila on January 15, 2015.

Pope Francis finished his trip to the Philippines with an enormous Mass on Sunday, preaching his usual message of social justice to a crowd of more than five million Filipinos. But some local activists say their own calls for justice were silenced during the papal trip.

Francis arrived in the Phillipines last Thursday for a five-day visit — themed "Mercy and Compassion" — to Asia's largest Catholic nation. Some 2,000 activists gathered in Manila to greet the pope by unfurling banners highlighting some of the issues that affect the nation's poor, such as hunger, landlessness and injustice.

But the activists say police blocked the march from getting near the pope's motorcade. There are also reports that law enforcement detained several street children during the pope's public procession.

Activist leader Nato Reyes criticized the government for stopping various groups from trying to tell the pope about the Philippines’ “real situation”:

"From Day 1, there has been a conscious effort to regulate what the Pope can see and hear," wrote activist leader Nato Reyes in a press release. He blasted the government for stopping various groups from trying to tell the Pope about the Philippines’ "real situation.”

"It is monumentally ironic since the Pope did not come here to see only 'true, the good and the beautiful,'" Reyes wrote. "The Pope came here to hear about the problems of the poor and marginalized."

Southern Tagalog Exposure, an independent Philippine media outlet, documented the marchers and their interactions with police. 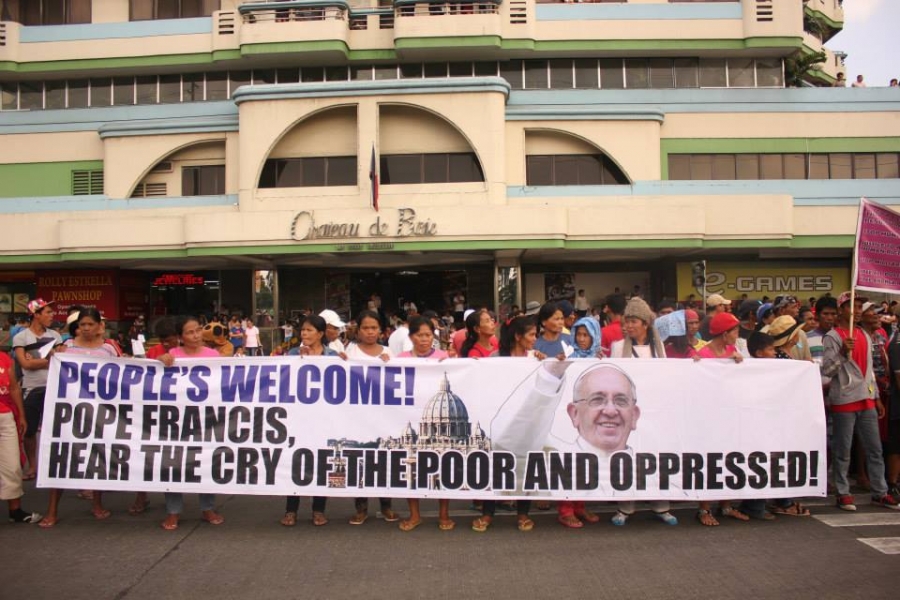 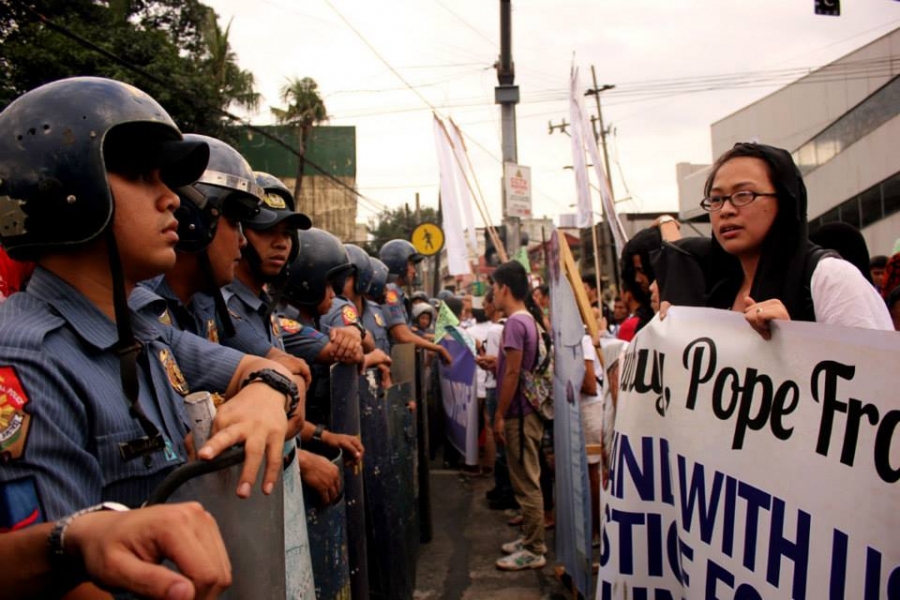 Police prevent marchers from nearing the pope's motorcade in Manila on January 15, 2015.

Barring protests was only one of several alleged measures taken to hide problems from the pope's view. The government also reportedly “detained” and “caged” street children a few days before the pope's arrival. Manila Standard Today, a major daily newspaper, criticized the policy as a Potemkin village approach, but the government has denied detaining street children during the pope’s visit.

Officials also erected a green corrugated metal wall along the pope's motorcade route, preventing him and other motorists from seeing the urban poor who live beyond the barrier.

Another “barrier” separating the pope from the people was the heavy security. Many people said the deployment of police and placement of metal barriers throughout the city was excessive, making it difficult for people even to glimpse the nation's special guest. 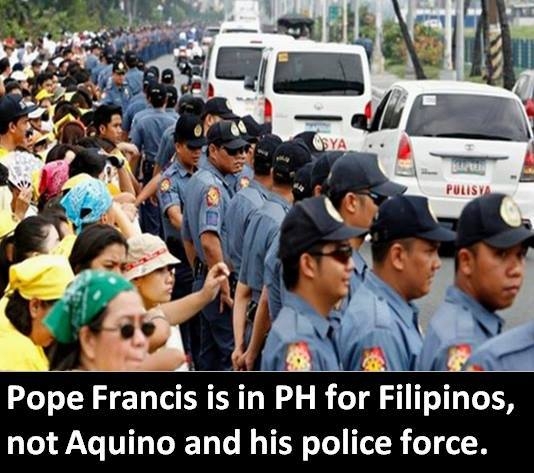 A graphic from Kilusang Mayo Uno, a Phillipine labor movement, criticizes the heavy deployment of police during the Pope's visit.

The government says the strict security detail is a necessary precaution. Still, many urged authorities to respect the wishes of the faithful and let them get closer to the pope:

Sure it's for security purposes but I think the Pope would really like to reach out to the people hidden by hundreds of security personnel.

This story by Mong Palatino was originally published by our partner Global Voices Online, a community of bloggers from around the world.