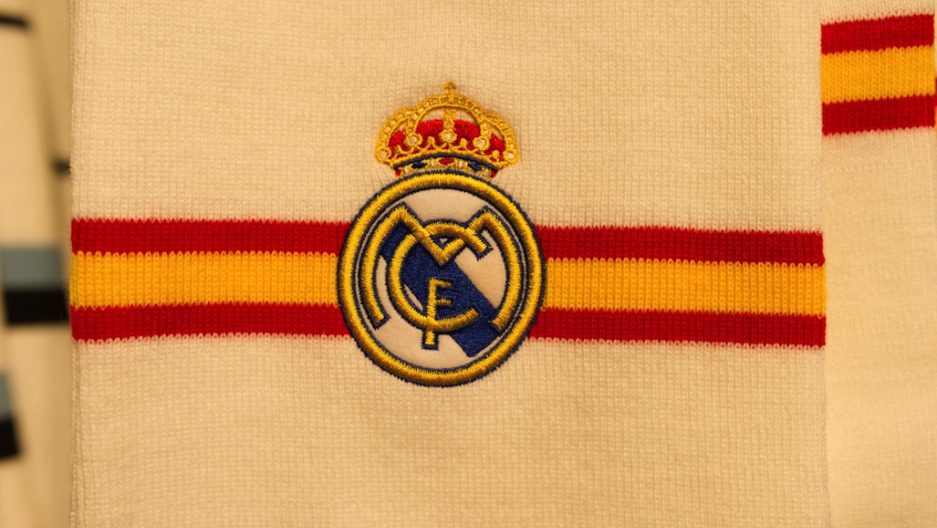 MADRID, Spain — They were all in the photo: the heads of Real Madrid and the National Bank of Abu Dhabi and four Real Madrid stars: Bale, Benzema, Kroos, Carvajal. Posing happily, they were holding a huge credit card, unveiling the fruitful deal by which the Gulf-based financial institution would sponsor the Spanish club.

Only something was missing from the picture. Printed on the massive cardboard mockup was Real Madrid's crest, as the sponsorship deal promised — sans its tiny cross. The Christian symbol has been part of the logo since 1920, when then-king Alfonso XIII granted “Madrid Foot-Ball Club” the title of “Real” (Royal). A crown bearing a cross has topped the club’s logo ever since.

The change wasn’t discussed at the time, in September, and it took the world’s press a couple of months to notice. But once they did — soccer fans went nuts over the news.

Memes spreading around social media replaced the emblem’s Christian crown with dollar symbols or the Muslim crescent. Spanish aficionados hotly debated in cafes and bars the lengths that were being gone to not to offend potential Gulf customers or investors, who’ve recently flooded European soccer with petrodollars.

But it wasn’t the first time Real Madrid let its funders get in on brand decisions. The sports giant already reportedly agreed to modify its logo in 2012 after a deal to establish "Real Madrid Resort Island," a billion-dollar theme park in the United Arab Emirates. The project, consisting of a seashore stadium, a Real Madrid museum, an amusement park and a marina, was soon shelved, but recent agreements seem to have put it back on track, with a new partner and location.

The logo change is just the latest in a series of eyebrow-raising moves by Real Madrid president Florentino Perez, an ambitious, millionaire businessman who also heads a construction company.

Perez previously brought in the state-owned Emirates airline, which was willing to finance a club with $730 million in gross debt that was still netting a profit. The "Fly Emirates" slogan has been featured on team jerseys since 2013 and will stay there at least until 2018. Real Madrid is the world's most valuable sports franchise, according to Forbes, valued at $3.44 billion.

Perez’s flagship project is redeveloping iconic Santiago Bernabeu stadium. Located in a posh neighborhood in Spain's capital, the stadium is named after the president who put the team on the map half a century ago. The $540 million plan is suspended by a preliminary court decision, but Perez hopes to get it started up again in 2015. According to him, such a huge project in a country hit hard by years of economic crisis and strained bank credit has only one way to become a reality: sponsorship.

Last October, Real Madrid and the International Petroleum Investment Company (IPIC), owned by the royal family of Abu Dhabi, signed an agreement by which the stadium would be renamed, keeping only Bernabeu's family name and adding a nod to IPIC.

Perez was recently caught on camera explaining to a Madrid regional government official that the stadium will become “IPIC Bernabeu, Cepsa (IPIC's Spanish subsidiary), or whatever they want.” “They” being of course the IPIC owners.

Deals like these aren’t that extraordinary in European soccer as of late. In 2011 the Qatar Foundation became the first-ever sponsor for the rival Barcelona team, supplying it with $40 million. That same year, a Qatari sheikh bought French team Paris Saint-Germain. Britain’s Arsenal and Germany’s Bayern Munich have respectively added Emirates and insurance company Allianz to their stadium names.

Middle Eastern investors and groups have spent $1.5 billion acquiring stakes in European soccer clubs, according to a report released this month by sports marketing research company Repucom. Five of the 20 richest clubs in Europe are sponsored by a Gulf company.

"Qatar and the Gulf states see sports as a tool to enhance their prestige, enabl[ing] them to punch above their weight international[ly], create non-sport-related business opportunities and boost tourism," writes James M. Dorsey, senior fellow at the S. Rajaratnam School of International Studies at Nanyang Technological University in Singapore and author of the blog "The Turbulent World of Middle East Soccer."

This show of "soft power" found its best reward in Qatar's successful but controversial bid to host the 2022 World Cup.

Not everyone is enthusiastic about this new trend, though.

The Spanish Catholic conservative association Enraizados (Rooted) has collected 3,500 signatures criticizing the loss of a religious symbol from the crest, which the group interprets as a lack of respect toward "European cultural identity and its Christian roots."

“Removing the cross is as absurd as it would be asking the Turks to renounce the crescent that illustrates their flag when they come to Spain,” said the organization’s president, José Castro.

Other critics, like members of the group Valores del Madridismo (Support for Real Madrid Values), care less about religion and more about opaque decision-making. “Some choices concern the club’s essence, thus cannot be made in a despotic and totalitarian way,” protested its spokesman, journalist Humberto Martínez-Fresneda.

The cross doesn’t actually seem to be an issue for Muslim Real Madrid supporters visiting the stadium. Three different employees at the official merchandising shop didn’t recall any complaint or specific T-shirt printing demand. “Here, no matter which religion, everyone wants the same thing: Cristiano, Cristiano, Cristiano (Ronaldo). It seems only those up in management worry about the cross issue, not the ones coming here. In fact, I think Muslim customers are not even aware the crest contains a cross,” said one.

Outside the stadium, supporters take quick selfies before fleeing from the winter cold back to their cars. Two of them, Hakim and Mohammed, are French Muslims visiting Spain. “I really don’t care about the presence of the cross. That's the way the crest is, so for me there’s no debate,” states Hakim. Mohammed holds a more nuanced view: “I also don't mind, but I wouldn't enter the mosque wearing a Real Madrid T-shirt knowing that it has a cross.”

Touri Jihad, a 26-year-old Moroccan Muslim, is “happy” about the agreement with Abu Dhabi’s bank. “I’d prefer Real Madrid play in my country without the cross. Having said that, my friends in Morocco and I bought the T-shirt the way it is. You can’t just remove the cross,” he says.