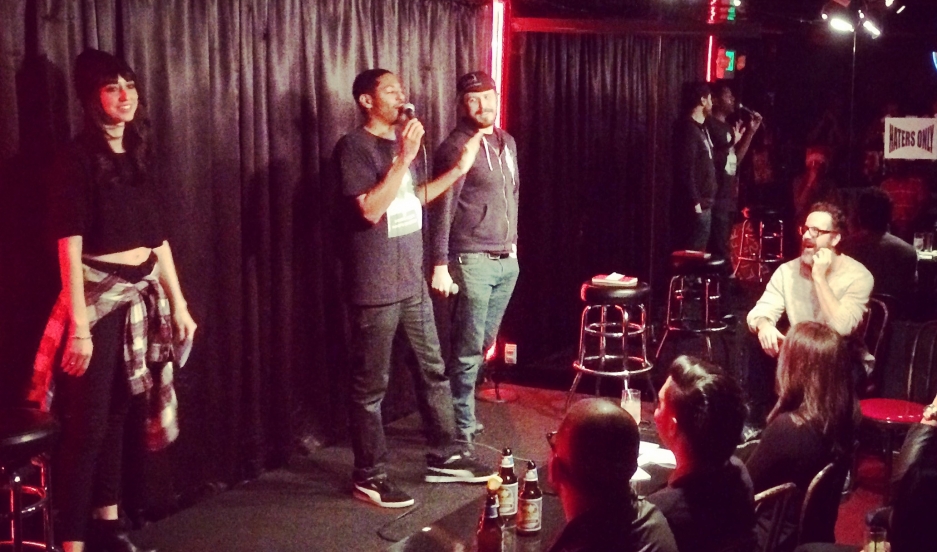 The classic comedy roast is taking on a new, even more insulting form: Roast Battle, kind of wrestling-match-meets-rap-battle. In two to three rounds of head-to-head competition, two stand-ups trade insults for a raucous audience and celebrity judges, who eventually choose a champion.

“It’s a new take on the classic Friars Club roast,” says Jeremy Craven, a participating comedian. “This is what happens if the person you were roasting was allowed to roast you back.”

Brian Moses created the Roast Battle after trying to settle a dispute between two fellow comics. After recommending they slap each other to a resolution, he reconsidered. “How about you guys write some jokes about each other, and instead of slap boxing, we’ll do verbal boxing?” he asked. “They wrote some jokes and everybody in the room loved it.”

What comics loved was a forum to test boundaries, whether sexual, political, or racial. While stand-up is traditionally an outlet for social criticism, mainstream comics have more to lose by tackling sensitive subjects than the unknowns who typically perform at Roast Battle.

Each Roast Battle features a “Black Guys” corner where stereotypes run rampant, and a “White Racist” corner where America’s latent racism is brutally satirized. When a “Black lives matter!” chant breaks out after a racially themed joke, the White Racist yells out, “Not in Ferguson!” to boos and laughter.

Moses and the other comedians are drawn to the anything-goes environment. “You can be as open and free as possible — as long as it’s funny,” Moses says. “We’ve done a good job of being funny.”

The battles generally take place between low-profile names, but the establishment is impressed. “There aren’t a lot of places you can say anything,” says Jeffrey Ross, who's known as the Roastmaster General for his appearances at every single Comedy Central roast. “Roast Battle is that. It’s a temple of free speech.”

Ross is a regular judge at Roast Battle, and he brings friends like Sarah Silverman and Dave Chappelle along to guest judge. “This is an extension of our animalistic instincts," he says.

Roast Battle has been compared to the brutal brawls of Fight Club and the rap cyphers of 8 Mile, but Ross has a different take. “It’s like the American Idol of insult comedy,” he says. But while he runs the judging, Ross declines the Simon Cowell part: “I like to think of myself as the Paula Abdul.”