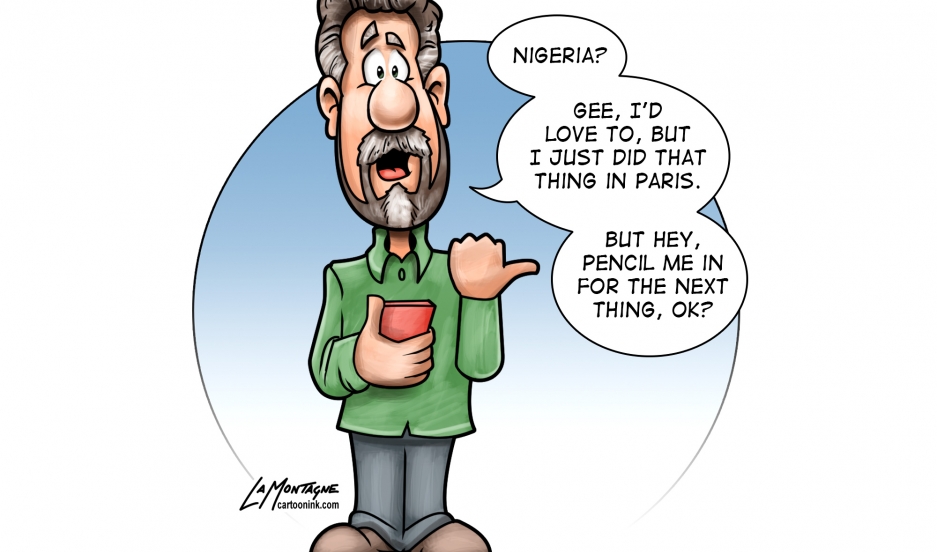 Nigeria, not quite as trendy.

Political cartoonists in Africa are scratching their heads. After Muslim extremist gunmen killed people at the offices of Charlie Hebdo and at a kosher supermarket in Paris, the world erupted. Millions took to the streets in France, dozens of world leaders took part in a march and cartoonists around the globe drew images to honor the dead and defend freedom of speech.

There has, however, not been the same kind of response after satellite photos and first-hand accounts of the scorched-earth attack the group Boko Haram conducted in a northeast Nigerian town in early January. As many as 2,000 people were killed.

Below, a selection from political cartoonists around Africa, some asking: Where is the outrage? And where is Nigerian President Goodluck Jonathan?

A bad time to die in #Nigeria, politics over peoples lives pic.twitter.com/VLVaJKkuc6