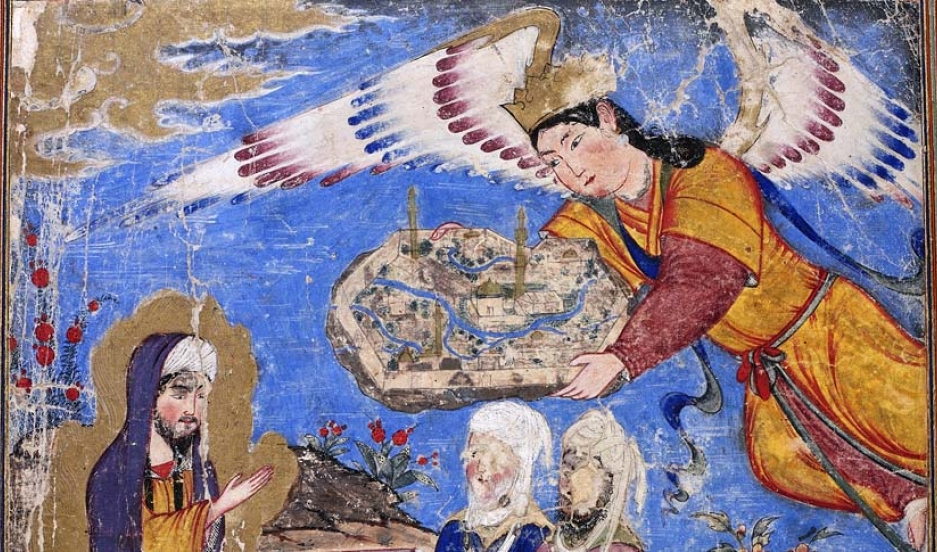 A painting of Prophet Muhammad's vision in Mecca from Tabriz, 1320 CE. In this painting, his facial features are not covered.

Last week in France, during the Charlie Hebdo attack, a witness filmed the attackers as they emerged into the street and fled, killing a policeman in the process. The men can be heard saying they "avenged the Prophet Muhammad."

They were referring to the cartoons Charlie Hebdo's staff drew of the Prophet Muhammad, the most revered man in Islam. It's often said that depicting the Prophet is forbidden by Islam — and fundamentalist take it as a grave offense — but it turns out the historical record is more complicated.

A painting of Prophet Muhammed's ascension, 1540 CE. In some illustrations such as this one, the Prophet's face is either covered by a veil or flame. This method became popular with the rise of Sufism.

Here's how Christiane Gruber, professor of Islamic arts at the University of Michigan, explains it. Gruber is also working on a book called "The Praiseworthy One: The Prophet Muhammad in Islamic Texts and Images."

1. There is no place in the Koran that says you can't depict the Prophet.

According to Gruber, the only mentions in the Koran that come remotely close to this kind of prohibition are a series of verses that castigate idols and idol-worshipping.

"The Koran is quite firm on not worshipping multiple deities," she says, "which makes sense when we think about the time and place where Islam rose: the seventh century in [the] pagan Arabian peninsula."

2. Muhammad has been depicted in various Islamic texts over the centuries.

The Prophet appears in various illustrated manuscripts starting in the 13th century. They were mainly produced in Persian and Turkish-speaking regions. Gruber says one of the earliest of those depictions was a manuscript drawn in Anatolia, or modern-day Turkey.

"There are two images of the Prophet in that manuscript," she says. "One of them represents him seated and throned, surrounded by his four companions."

The other shows him resurrecting two lovers after a Jewish king agrees to convert to Islam. At the time, Gruber says, there were no negative reactions to these depictions.

3. It's wrong to say that depictions of Prophet Muhammad are only accepted by Shiites.

Because many of the images of Muhammad originated in Persian or Turkish regions, "individuals [say] that there are no images of the Prophet in Islam," Gruber explains, "and if we see them, they're 'Persian' or 'Shiite,' and so they don't count."

That argument basically says  "that Persian art isn't Islamic art, and Shiism isn't Islam," neither of which are correct.

Gruber points out that at certain periods, Iran and the Ottoman lands had Sunni rulers, and some of those illustrations were sponsored by "vehemently Sunni patrons." 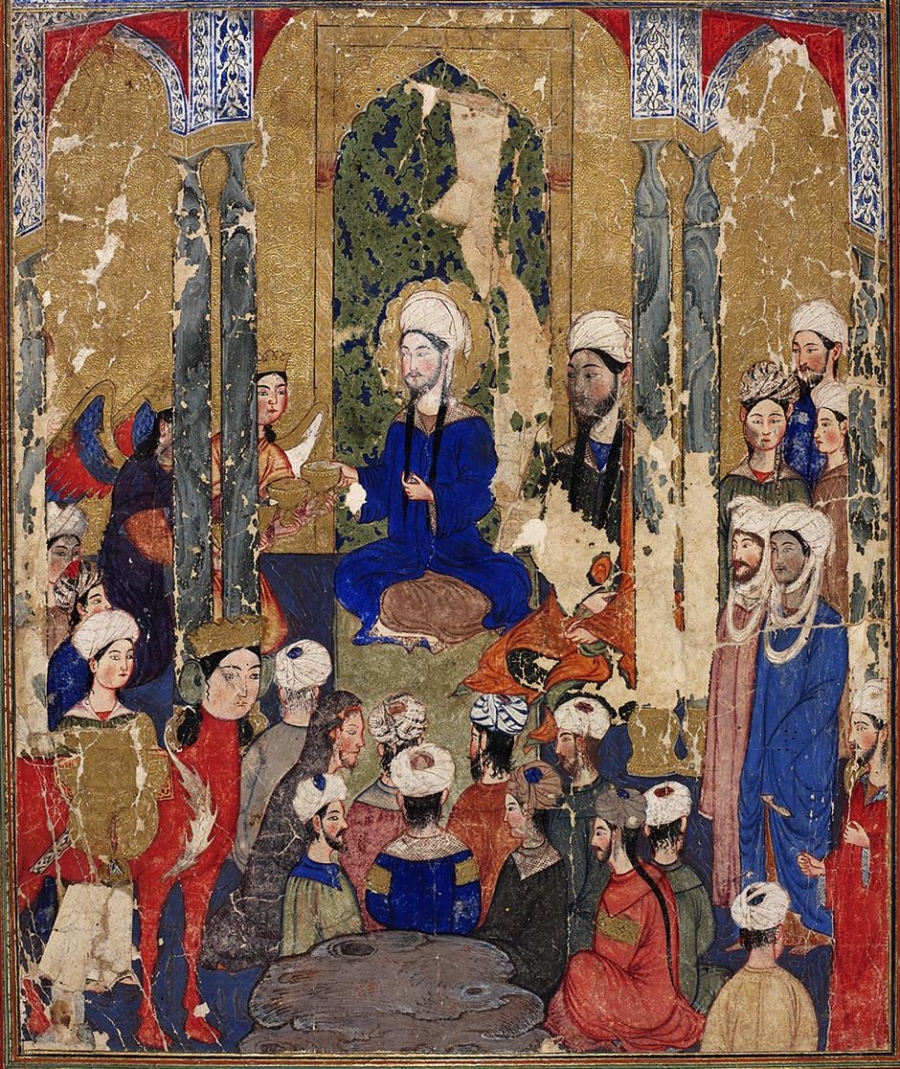 4. Islamic texts actually tell us what Prophet Muhammad looked like.

There are a series of texts in Islam known as "Characteristics Texts" and "Proof of Prophecy Texts." As suggested by their names, the texts describe the physical and moral characteristics of the Prophet — and they're pretty detailed, too.

"In those texts, Muhammad is described as being of medium height; his eyes are almond shaped; he has beautiful curved eyebrows; his cheeks are slightly rosy; and that he had a beautiful beard," Gruber says.

5. So if the Prophet has been depicted, what's the issue?

Gruber says the issue goes back to what the Koran says about worshipping idols. "If we talk about the Prophet, we have to use language and this language becomes allegorical," she says. "If we have images before our eyes, they become more literal."

In other words, it's much easier to potentially slip into worshipping an image or an idol that it is to worship an image that only exists in our minds. So for modern Muslims, the rule is out of sight, but definitely not out of mind.

RELATED: Who's a 'good' Muslim? And who's a 'bad' Muslim? They decide.