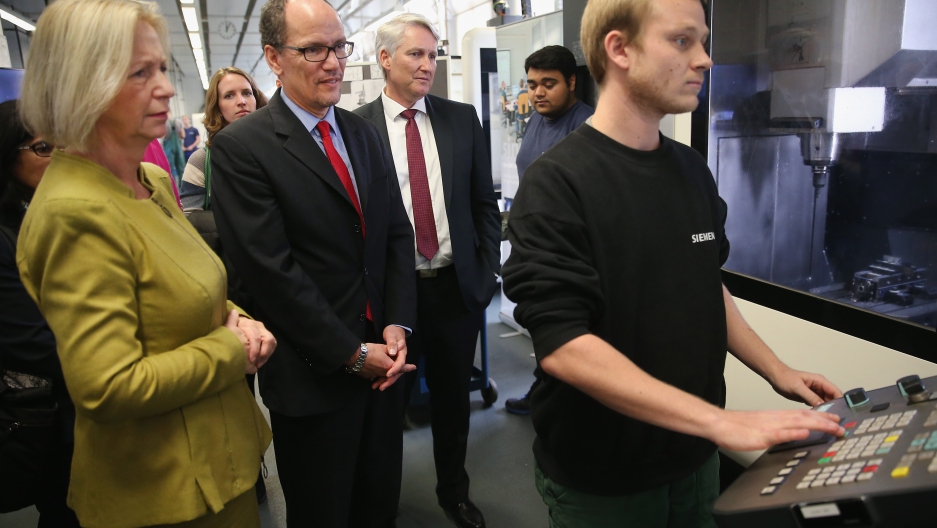 When the first millennials were born in 1980, more than two-thirds of American teenagers worked summer jobs each year, a rite of passage considered a springboard to a successful career.

As those millennials entered their twenties in the year 2000, just over half of US teenagers were still working summers. By 2012, the country rebounding from a Great Recession that saw seasoned workers competing with youth for entry-level positions, fewer than a third did.

A study released by JPMorgan Chase on Wednesday finds that as summer jobs have become less common, it has become dramatically more difficult for American teenagers — especially low-income and non-white teens — to prepare for a tough global labor market that increasingly requires specialized skills and has put youth in countries around the world in a similar bind.

“Too many young people cannot find summer jobs and, as a result, they’re missing out on a critical opportunity to be personally and professionally successful in the future,” said Chauncy Lennon, JPMorgan Chase’s Head of Workforce Initiatives.

More from The GroundTruth Project: Generation TBD, despair and opportunity for millennials in an uncertain global economy

The US youth unemployment rate, which counts Americans ages 16 to 24, sat at 14.3 percent last July, well down from its peak of 19.6 percent in April 2010. But finding a job continues to be more difficult for younger workers compared with the overall workforce, with millennials’ employment rates at their lowest levels in the post-World War II era.

And low-income youth find their prospects are far worse than wealthier peers. For example, JPMorgan’s study notes that “white male teens in high-income families were five times more likely to be employed than their black male peers living in families with incomes under $20,000.”

The Brookings report, “The Plummeting Labor Market Fortunes of Teens and Young Adults,” found that young people who don’t work at all during the year have significantly less chance of landing full-time employment when they leave school.

JPMorgan Chase has invested $5 million in summer youth initiatives in 14 US cities as part of a five-year, $250 million global effort to get young Americans better prepared for the jobs that currently exist — and will exist in the future. The summer programs in the US focus on “skills-based and career-specific job opportunities for young people” from nursing to fine arts to the corporate sector.

JPMorgan reported that 50,000 youth were hired through the programs it supported in 2014.

In recent years summer jobs initiatives have been embraced by mayors across the country, many of whom have launched their own youth employment programs.

Marion Barry, the late former mayor of Washington, DC, was a pioneer in the field. He offered thousands of young Washingtonians, many of them African-Americans, their first jobs through his Summer Youth Employment Program, launched in 1979 during an economic downturn that spiked unemployment levels.

Thirty-five years later, the program continues and counts 300,000 alums as part of Barry’s controversial legacy. When Barry died last November, actor Jeffrey Wright joined a chorus of supporters of the youth employment program when he tweeted, “People who don’t know of Marion Barry’s Summer Youth Employment Program are people for whom job-creation in the inner-city is not a concern.”

Those funds boosted urban youth employment programs around the country, though the money was quickly spent and youth unemployment remained dangerously high. In 2011, Obama unveiled the American Jobs Act before a joint session of Congress.

“Pass this bill, and hundreds of thousands of disadvantaged young people will have the hope and dignity of a summer job next year,” Obama urged. “And their parents, low-income Americans who desperately want to work, will have more ladders out of poverty."

The bill earmarked $62 billion for a Pathways Back to Work Program focused on low-income youth and adult employment opportunities. It failed to pass the Senate amid Republican opposition, but Obama has continued to support job skills training and apprenticeship programs. Last April he annouced $600 million in federal grants.

“It’s never been more important for our folks to be trained for the jobs that are there — and for the jobs of the future," Obama said at the time.

Local programs like those supported by JPMorgan are scrambling to pick up the lag in funding, putting young people to work but well aware they are still coming up short:

“Among 14 summer jobs programs JPMorgan Chase supported in 2014, for example, positions were available for only an average of 46 percent of applicants ... Local officials project that tens of thousands of economically disadvantaged youth looking for jobs during the summer months will not be able to find them during the upcoming summer months despite the high demand.”