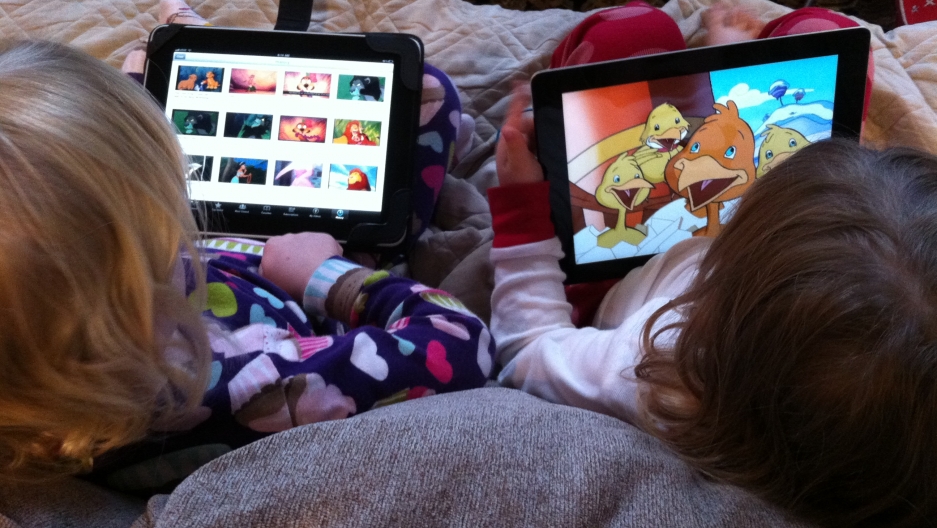 We've all met those parents — the ones who brag about how smart their child is — and then you meet the genius toddler, who is sporting marker on his face and a glue stick up his nose.

But those doting parents might be on to something.

"In some circumstances, very young children — 3- and 4-year-olds, even 18-month-olds — seem to be solving some kinds of problems better than adults are," explains Alison Gopnik, professor of psychology at the University of California, Berkeley.

"They unconsciously use a lot of the same kinds of techniques that very powerful machine learning algorithms use, and that scientists use. [In fact], there's no program in the world that's even in the same ballpark as every 2-year-old in terms of being able to learn."

Research in this area has been slow, Gopnik admits, in part because traditional testing doesn't work on kids too young to speak and write.

"If you give a 9-month-old a four-part questionnaire to fill out, they're not going to seem very smart," Gopnik admits.

But researchers in her lab have set up experiments in children's "language" — seeing how they problem-solve with toys instead of words. The kids have proven to be up to the challenge, sometimes solving puzzles and completing tasks better than their elders.

"There's some evidence that even children's brains are more flexible than adult brains," she says. "What seems to happen with development is that the kind of things that we do that are successful, those become more and more automatic, we do them better and better — but we become less flexible, we're less able to shift out of those pathways and think of something new, something we haven't thought about before."

Such an exploratory period of life might even be what sets humans apart from other beings, adds Gopnik.

"Human beings have a much, much longer period of childhood than any other species. It seems sort of paradoxical — babies are not only useless, they're sort of worse than useless because we have to put so much time and energy into taking care of them. Why on Earth would that be?" Gopnik muses.

"At least one idea is that protected period is just what we need to be able to do the kind of exploration that we can do."

This story firsted aired as an interview from Innovation Hub with Kara Miller.