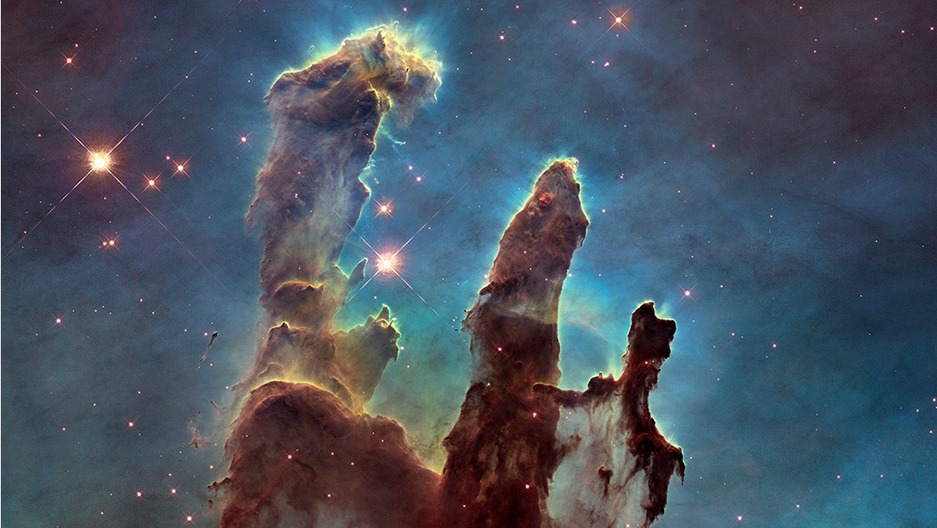 This April the Hubble Space Telescopeturns 25 years old. While Hubble has helped astronomers make important scientific discoveries, it's most famous for the beautiful photographs it's produced of outer space. And while the technology that created these images was groundbreaking when Hubble was launched into orbit in 1990, Hubble also pioneered a style of space photography that was just as revolutionary.

Elizabeth Kessler, an art history professor at Stanford University, has written a book about the aesthetics of the Hubble images, Picturing the Cosmos. Kessler says before Hubble, most photographs of space were in black and white. Color photos from the Voyager missions in the 70s and 80s were psychedelic, Kessler explains, with vivid, electric colors. Hubble's photos look more like the shades we might see in a landscape of the Southwest. Skies tend to be blue, celestial bodies in reds and yellow. So a jet of gas unimaginably large looks like a dramatic outcropping of rock at a national park. That's not an accident. Hubble's photos are created by human image processors from gigabytes of data, and those specialists make aesthetic choices that make the cosmos look more familiar.

New photos from Hubble still light up the internet, but NASA has stopped all missions to repair the telescope. When it stops functioning, NASA will steer it back and let it fall into the sea. But work has begun on the James Webb Space Telescope, expected to launch in 2018. Astronomers hope the Webb telescope will give us more clues into the birth of the universe --- and, of course, take pretty pictures.

Special thanks to Felice Frankel and Dr. David DeVorkin.

Slideshow: Photographs from the Hubble Telescope