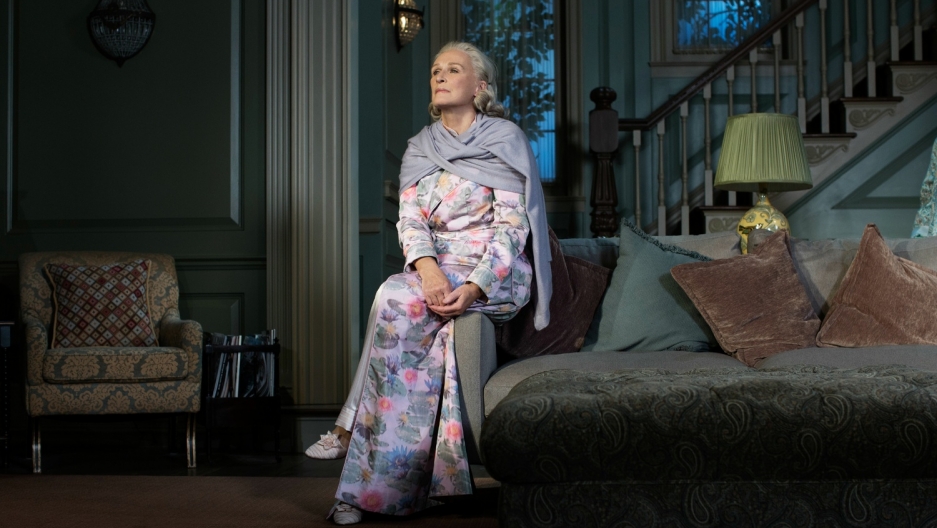 Before she was a movie star, Glenn Close was an accomplished stage actress. But after her early films The World According to Garpand The Big Chillmade her a household name, she rarely made stage appearances. When she did, it was a big deal, like her Tony Award-winning performance as Norma Desmond in Sunset Boulevard.

After more than a decade, she's back on Broadway, starring in Edward Albee's A Delicate Balanceopposite John Lithgow (her co-star in Garp). Close plays Agnes, the matriarch of an upper-class suburban family, who resembles the kind of calculating, complex woman that Close has often played on screen. "I think on the page she could come off as a horrible bitch," she tells Kurt Andersen. "But she's also a woman who hasn't had any physical love for years. She's very needy in that way and she covers it up. Underneath, that's probably the deepest wound for her."

Although Close grew up in Greenwich, Connecticut, her childhood was anything but cushy. Her parents were part of the cult-like group Moral Re-Armament; she wrote songs and performed as part of their touring youth group Up with People. "You're a good little soldier until you learn what you're soldiering for," she says. At 22, she left for college and didn't look back.

Close played Patty Hewes, the cutthroat lawyer at the center of the TV series Damages, for five seasons. The character was based on the high-profile attorney David Boies, but Close knew that recasting him as a woman would add another layer of complexity to the role. "If you play a strong woman, a lot of people say that you're evil," she says. "Put a woman in a position of power and people get very uncomfortable."