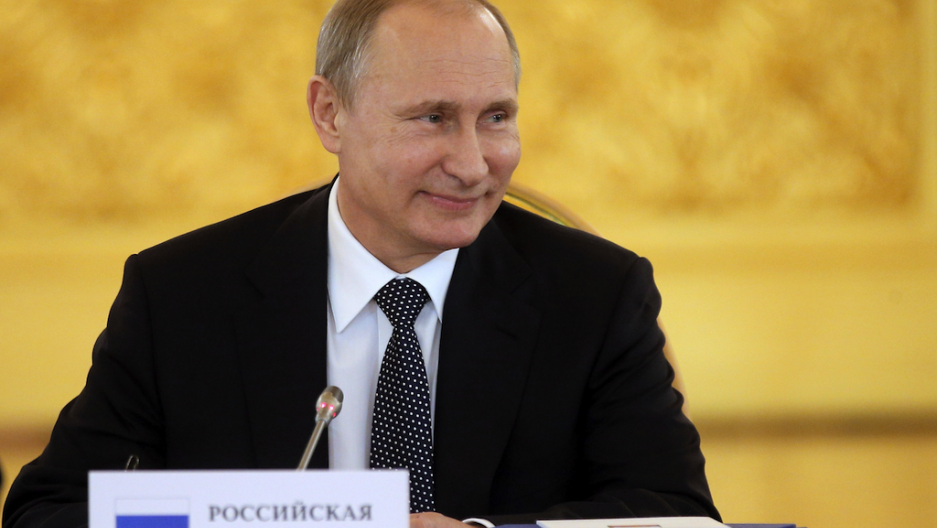 DENVER — For the first time since the end of World War II, the leading global actor is no longer the United States. The country that led the Western coalition to victory in World War II, that created NATO, the IMF, the World Bank and the Marshall Plan, that backed the creation of the European Union, that dominated the Middle East, Latin America, Europe and much of Asia for so many decades, is no longer globally dominant.

Who is replacing the United States? Russia. And surprisingly so because it is no longer a superpower but a modest declining power.

Economically, Russia, hampered by Western sanctions and a decline of almost 40 percent in the price of oil, is on the economic down slope. Russian gross national product (GNP) is 12 percent of American GNP and equal to that of Canada.

Developmentally, Russia has failed to make critical transitions to modernity. There has been no agrarian revolution, no consumer revolution, no export-led high tech revolution and no developing significant middle class. And, despite the facade of democratic elections to the Duma and presidency, the Putin regime remains highly corrupt and authoritarian with state control of the press and society.

Politically, Russia lacks the ideological appeal of the Soviet Union, whose communist ideology gave it global influence from China and Vietnam to France and Italy and Cuba. By contrast, Putin’s conservative nationalism has limited appeal in a world that is undergoing major political and economic transitions.

Militarily, Putin’s Russia has limited capabilities. The Russian army performed abysmally in the first war with Chechnya (1994-1996), when it failed to prevent several thousand poorly armed Chechen guerrillas from ousting a Russian division from the center of Grozny. Its second effort in Chechnya, beginning in 2000, and interventions in Georgia (2008) and Ukraine (2014) have been only marginally better.

Demographically, Russia fell from 290 million people in the Soviet era to 150 million people after its dissolution in 1991 and has lost seven million more people since then. Plagued by alcoholism and smoking, Russian male life expectancy is 64 years, 137th in the world. Fifteen-year-old Haitian boys have three years greater life expectancy than Russian teenage boys. Women have an average of 1.6 children, well below the replacement level.

How then can we understand the rise of Russia? Most important has been the opening provided by the partial withdrawal of American power from critical areas. This administration has alienated key allies and failed to successfully cultivate new ones. With a post-modernist outlook that blames many of the world’s problems on the United States and the American failure to lead in Libya, Syria, Iraq and Ukraine, the door is open to a resurgent Russia.

Other powers have failed to step into American shoes. Europe, which dominated global politics from 1648 to World War II, faces multiple problems in exerting global influence. The EU’s economy, beset by 12 percent unemployment and under 1 percent growth, is teetering on the edge of another recession. Pacifist sentiment in Europe has limited military capabilities from spending less than 2 percent of its GNP on the military. Getting 28 countries to agree on anything serious is very difficult.

Rising countries such as China and India have a long way to go before they become superpowers. India, with one-third of its population without electricity and less than $2,000 GNP/capita, does not have 5 percent of American GNP/capita. China, while having made sensational progress over 35 years, is only half way towards becoming a superpower. With nearly 50 percent of the population living in rural poverty, without any movement towards democracy, massive corruption, horrendous pollution, a nascent modern navy and modest nuclear force, China will take several decades to become a superpower.

Russia has leaped into the void left by the United States, Europe, China and India. Putin’s conservative nationalism plays well among elites challenged in many countries around the world, especially in the Middle East (Egypt, Syria, Jordan, Israel), Asia (India, Japan and Vietnam) and Latin America (Venezuela, Argentina).

Its strong technical capabilities allow large-scale military exports to threatened countries; more than 7 billion dollars of weaponry have been sent to Egypt and Syria alone. Russia’s extensive nuclear forces reinforce its image as a global player. The old alliances forged in the Cold War reinforce acceptance of Russia’s return to a familiar role. Its huge size gives it easy access to Europe and Asia, as well as the Middle East.

Vladimir Putin and Sergei Lavrov have seized the opportunity to reassert Russian power in the void left by more powerful countries. For Russia these are the halcyon days that will be treasured by Russians long after its time in the limelight has passed.

Jonathan Adelman is a professor at the University of Denver’s Josef Korbel School of International Studies.