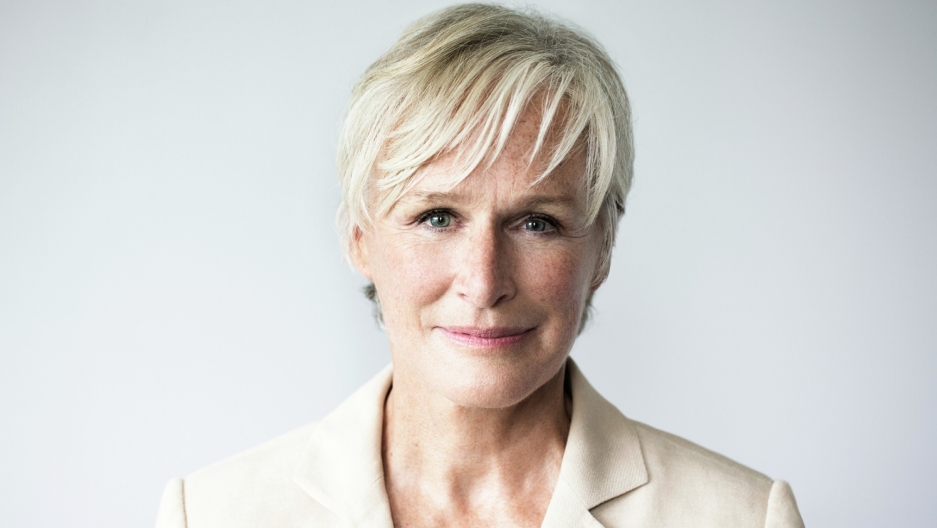 Glenn Close has mastered the role of the severe, career-driven woman. Whether she's trying to win a high-stakes litigation case or skin a puppy, her characters know what they want and how to get it. But Close is also a performer of incredible range: she played a shy, secretive cross-dresser in Albert Nobbs, and now stars as the nervousmatriarch in Edward Albee'sA Delicate Balance on Broadway.

Close's career spans more than 40 years --- including turns on stage and screen (big and small), she's been inmore than 50 productions. There wasn't time to ask herabout everything when she came into the studio, so Kurt suggested a quick round of free association.

Can you match the television and movie titles with Glenn Close'sdescriptions?
Listen to the audio above for the answers.

A. Funny
B. Sad
C.Love
D. Team
E. Wig
F.Fun
G.Funny
H.Fierce
I.Magnificent
J. Shoes --- my costumes are incredibly challenging, and sometimes I do scenes with my feet just screaming!

You can hear more of her conversation with Kurton this weekend's show.