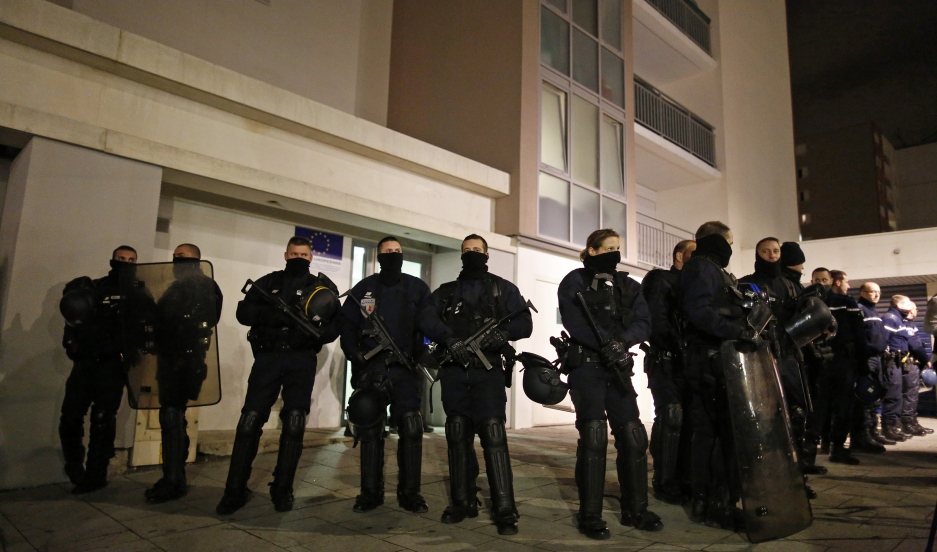 Police officers secure access to a residential building during investigations in the eastern French city of Reims on January 8, 2015, after the shooting against the Paris offices of Charlie Hebdo, a satirical newspaper.

The Charlie Hebdo massacre has raised serious questions about how the French government handled the attack’s two main suspects, Said and Cherif Kouachi.

“Particularly, [they were aware of] the younger one, Cherif, who had been jailed in 2008 for trying to go to Iraq," Erlanger sayas. "The older brother, Said — who seems to have been the main actor in this drama — had kept his nose quite clean, but the Americans say he had gone to Yemen in 2011.”

Erlanger says that French authorities and the public alike are now searching for an explanation over these cases and other apparent intelligence lapses. How could identified jihadists evade surveillance and execute such a brazen attack?

“There are a lot of questions the French need to answer," he says. "And the Americans, too. Like how close was their [intelligence] cooperation with the French? Particularly on this Yemen issue.”

Erlanger says that Yemen “is more of an American place, and not so much a French place" in terms of who and it’s unknown “how much the Americans told the French, or how big a warning the French felt from [Said's] travel.”

"The French government has not yet contacted us on the matter,” a Yemeni diplomat told BuzzFeed News on Friday.

Another issue is the simple time and expense needed to monitor terrorism suspects. An American official, speaking on the condition of anonymity, told the Times that French authorities had conducted surveillance on one or both of the Kouachi brothers after Said’s 2011 trip.

But, "as someone said to me: ‘To have full surveillance on a person for a 24 hour period takes 20 people, and even if you were listening to them all the time, it takes very long to listen to everything they have to say,’" Erlanger says.

And in the past three years, other threats have emerged. "The French — like many Western European countries — are so concerned with their nationals going to fight with ISIS in Syria and Iraq … that it’s possible someone decided [the Kouachi brothers] were not important, so they were put lower down on the surveillance [priority list]," Erlanger says.

He suggests that surveillance becomes even more difficult when dealing with a “family cell.” “Brothers talk to brothers, and that’s unlikely to trigger any significant kind of concern," Erlanger says.

Ultimately, the full extent to which Said and Cherif Kouachi were known to French and American officials is not yet entirely clear. But Daveed Gartenstein-Ross, a terrorism analyst and senior fellow at the Foundation for the Defense of Democracies, predicts that answers are coming.

"There'll be some airing of ... [the] French security apparatus' dirty laundry very soon," he says, "and then we'll get a better sense of how this specifically happened."