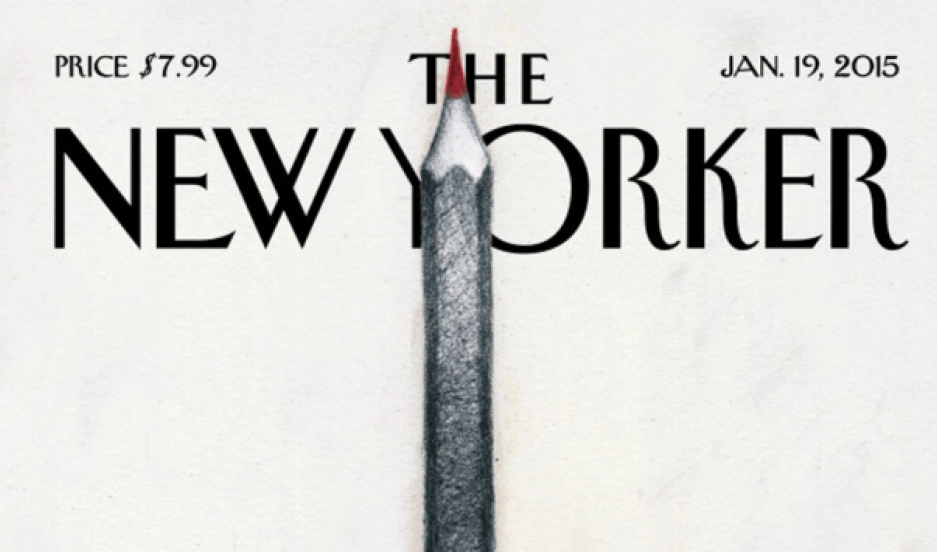 A portion of "Solidarité," the New Yorker cover image by Ana Juan in tribute to the Charlie Hebdo victims.

Courtesy of The New Yorker

When the New Yorker went looking for its cover image following the Charlie Hebdo attack, art editor Francoise Mouly had no shortage of options.

She and her staff pored through a flood of submissions from cartoonists around the globe, who were looking for ways to express their fear and outrage at the shocking attack on their profession. "I think the cartoonists really feel targeted, and rightly so, and want to rally to this," says Mouly, who is French and grew up reading Charlie Hebdo.

Mouly says she tried to find an image "that can have an emotional impact and feel right." She found it in "Solidarité," a black-and-white sketch by Spanish artist Ana Juan, picturing the Eiffel Tower morphing into a pencil as it ascends. Juan, who has contributed more than 20 New Yorker covers since 1995, used France's trademark destination to show how the attacks hit at an entire nation, and how the world showed support for the victims.

"It does talk about defiance,'' Mouly says of the image.

"[We] hope that out of this bloodbath, at least, the lesson taken will not be like 'Oh, you shouldn't draw the Prophet ... It should be more about the courage of those cartoonists, who actually knew what they were exposing themselves to — as they had been firebombed before — and they were insisting that they were not going to stop talking about this topic."

Mouly also says she admires the free-thinking Charlie Hebdo artists for their courage and principles: "They died for it, but I think they will continue to inspire many more artists and writers and cartoonists and free-thinkers."