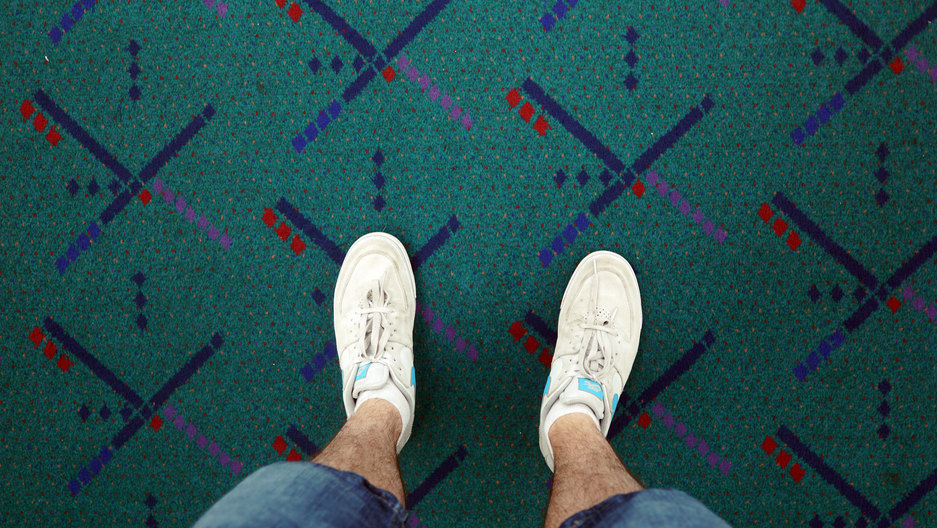 Standing on the soon-to-be-removed carpet at Portland's airport.

When we fly the friendly skies, our eyes tend to be on the clouds. But if you're one of the 15 million people who've been through the Portland airport in the last year, we'd forgive you if your eyes were on the carpet instead.

That's right, the iconic turquoise, geometrically patterned stuff below your feet when you land at PDX. For Portlanders, the pattern is shorthand for "you're one of us." Just about any time you land there, you'll spot people taking selfies of their feet against it, as if to say, "I've arrived." There are even socks, shoes, shirts and dozens of other products that boast its pattern.

“The carpet was installed in 1987 and has really been there for my entire life," says Allen Cassinelli, who sells some of those items on his PDX Carpet online store. "It brings back a sense of nostalgia for people who go to the Portland airport. At this point, it’s almost kind of like a ‘Portlandia’ inside joke for people who were born and raised in Portland.”

But the carpet's days are numbered. In 2013, the Port of Portland announced they'd be tearing out the old carpet in 2015 in favor of a more modern look. That means the carpet could be gone any day now.

“I hope to get a piece of the actual carpet once they actually rip it up,” Cassinelli says. 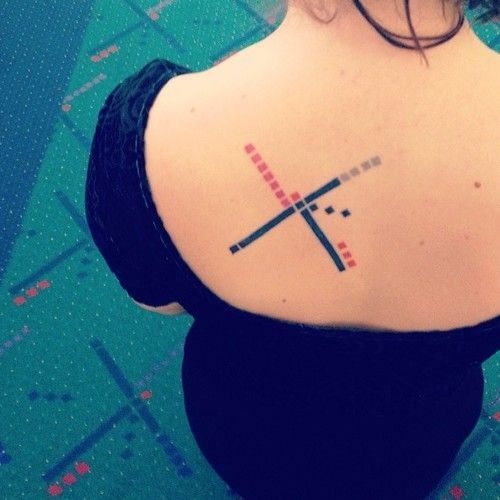 A woman shows her tattoo based on the design of the carpet at the Portland airport.

He says residents and visitors alike love the iconic "Atari-style” 1980s look of the carpet. “The color scheme is kind of a blast from the past, especially the logo design,” he says of the print. “You don’t really see logos like that anymore. It has so much history — each person has lots of different moments associated with the PDX carpet.”

That sentiment is the reason he's now selling bits of merchandise honoring the carpet. “It brings those memories of home for people who travel to and from Portland,” he says. “That’s why I started the store — there’s all of these people who live outside of Portland who want to hold onto that sense of home.”