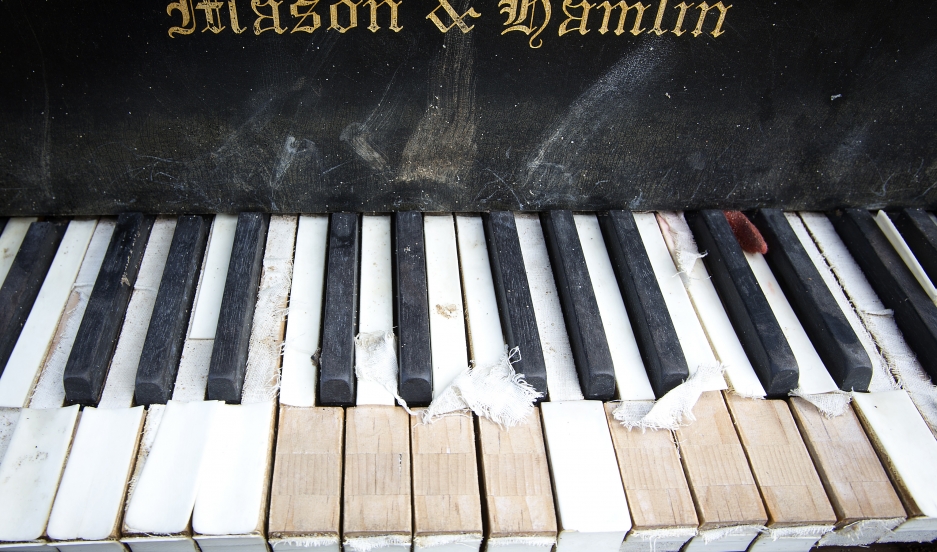 A grand piano left by the East River underneath the Brooklyn Bridge is pictured in the Manhattan on May 31, 2014.

“Back in the early 1900s, there were very little forms of entertainment,” says Stephen Scharbrough, a second-generation piano tuner and technician. “It was a time that was pre-radio, so if you wanted entertainment, music, or something to interact with at your house, place of business, or a restaurant or bar, you had to hire a musician or pianist.”

The piano eventually caught on, and individuals learned how to play the piano on their own to entertain themselves. But today, "things have obviously changed a bit since then,” Scarborough says.

The television has adopted the piano's former role in the modern era, and children are easily entertained with tablets instead of having to practice musical scales. Annual piano sales have dropped to between 30,000 and 40,000.

Instead of serving as the family entertainment center, Scharbrough says pianos are now owned by specific sets of people. “It’s the family that places priority on self-discipline and has a respect for arts and music,” he says.

Scharborough has also been able to maintain his business — the Indianapolis-based piano tuning and repair shop IndyTuner — because many people will hold onto old pianos, viewing them as family heirlooms.

“Sales are vanishing, but pianos are a hard thing to disappear,” he says. “It’s a great hand-me-down.” The most common ones he sees, Scharborough says, are "medium-sized uprights," not big, open grand pianos. It's usually universities and colleges that have such grandiose instruments.

That all means that while many piano stores have gone out of business, the industry isn’t quite dead yet. “I’m not worried as far as that goes,” Scharborough says.

This story first appeared as an interview on PRI's The Takeaway, a public radio program that invites you to be part of the American conversation.