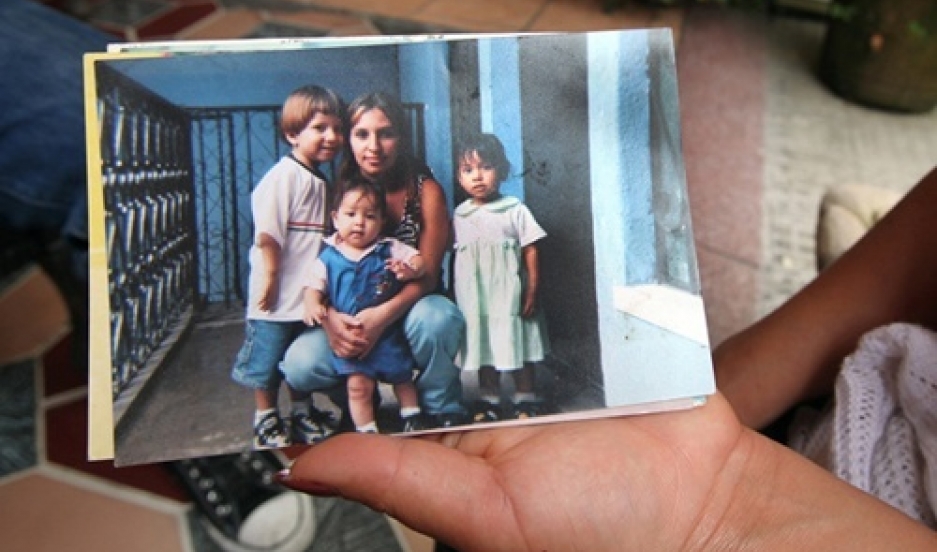 Loyda Rodríguez holding a photograph that shows her daughter Anyelí and her siblings.

Adopting a child from Guatemala used to be really popular among Americans. In 2006 alone, more than 4,000 Guatemalan kids were adopted by families here in the US.

In each case, prospective parents paid tens of thousands of dollars in fees. All that money fuelled a lucrative adoption industry in Guatemala, and an underground trade in abducted children.

It got so bad that Guatemala halted all new international adoptions in 2007. The country's been trying to reform its broken system ever since. But there are still a lot of questions about what went on in the past, and about one case in particular.

It involves a girl named Karen Abigail, who was adopted years ago from Guatemala by an American couple from Missouri.

“Nearly a dozen people, including government officials, have been charged with serious criminal offenses, including dereliction of duty, human trafficking and falsifying of documents,” says McIntyre. “Two women involved, a nursery director and also a lawyer, have already been found guilty and are serving jail time for their involvement with this child and this adoption.”

At the heart of the case is the claim that Karen is really Anyelí, a girl who was allegedly abducted in November 2006 from her family in Guatemala. A Guatemalan woman named Loyda Rodríguez claims to be the girl’s birth mother. 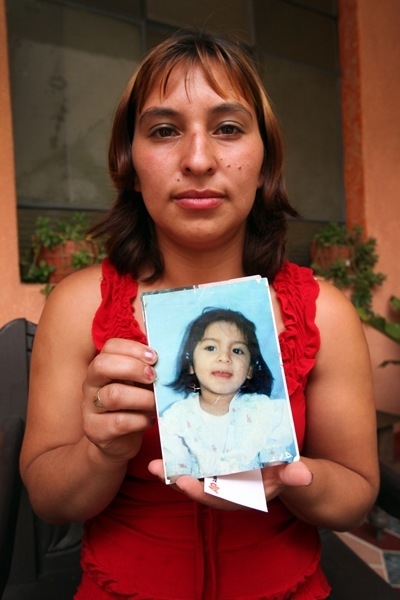 Loyda Rodríguez holding a photograph that shows her daughter Anyelí.

Rodríguez’s case has been bolstered by DNA evidence that appears to show that Karen is her daughter.

“Loyda Rodríguez’s DNA was compared to the DNA sample that had been kept on file for Karen, that was originally drawn in July 2007,” McIntyre says.

The samples were tested by two independent labs, one in Spain and one in the US. And McIntyre says the results showed a 99.98 percent match between Rodríguez and the child.

In 2011, a Guatemalan judge ruled that Karen should be returned to Guatemala.

Karen was originally presented for adoption in Guatemala by a woman who claimed to be her mother. But her DNA didn’t match Karen’s.

That would seem to support the abduction claim.

But the DNA comparison could also be interpreted to suggest that the woman who presented Karen was not a total stranger, but perhaps the girl’s aunt.

Jared Genser, the attorney who represents Karen’s adoptive parents, says McIntyre failed to present all the facts in the proper context in her article.  In fact, he has prepared a lengthy response to that article, which can be read here.

McIntyre's article also raises questions about whether Karen's adoptive family, Timothy and Jennifer Monahan, knew at some point that something about the adoption process wasn't right.

That’s something the family strongly denies.

“At the time,” says Genser, “they had every reason to believe that everything had been done properly.”

As for the effort by Guatemalan authorities to return Karen to Guatemala, Genser says he’s confused by it.

He says the judge in Guatemala concluded, based on available DNA evidence, that this is the same child, yet authorities are also demanding that a new DNA test be conducted.

“My view is that the government of Guatemala shouldn’t be able to have it both ways. That’s not really very fair,” Genser says.

“At this point,” says Genser, “with all these considerations in mind, the Monahans believe that they’ve done the best that they can to investigate and come to the truth about their daughter’s adoption.”

The US government appears unlikely to help Guatemalan authorities with their request to conduct a new DNA test.

McIntyre says the US Justice Department responded negatively, saying there wasn’t enough evidence to take that step. But she says prosecutors in Guatemala continue to ask for American help in this case.

For further reading on this case:

The Limits of Jurisdiction, by Erin Siegal McIntyre