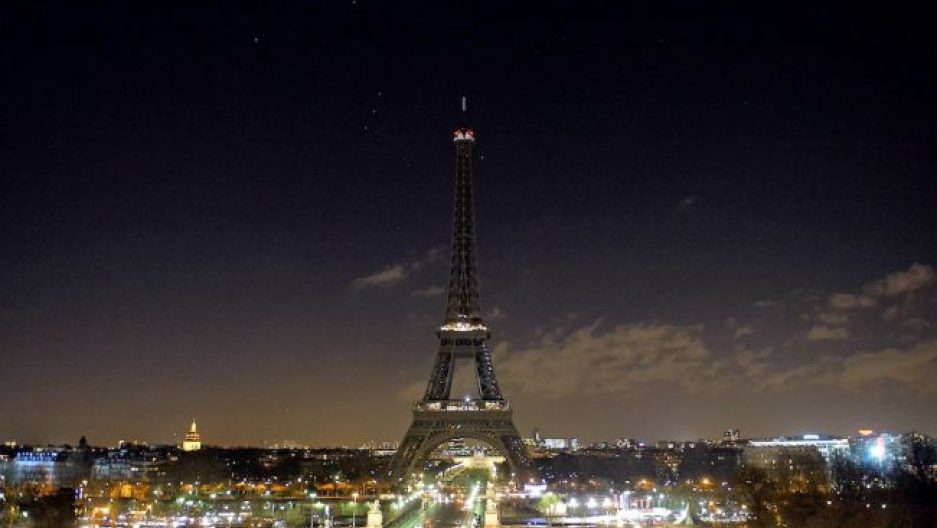 As a tribute for the victims of Wednesday's attack on French satirical publication Charlie Hebdo, the lights of the Eiffel Tower were turned off for five minutes at 8 p.m. local time on Jan. 8, 2015 in Paris, France.
Credit: Aurelien Meunier
Share

LISBON, Portugal — Priests and imams, politicians from left and right, and ordinary people gathering in massive demonstrations in cities across France have been sending a powerful message of unity and tolerance in the wake of Wednesday's massacre in Paris.

"Freedom is in the DNA of Paris," the city's mayor Anne Hidalgo said Thursday. "There is no place in Paris for extremist ideas of any kind. All nationalities, religions, and philosophies coexist here ... it's that diversity that gives strength to our city."

Yet there are fears in France and around Europe that the attack by at least two suspected jihadist gunmen that killed 12 people at the offices of a satirical newspaper could fan the flames of anti-Islamic sentiment and give fresh momentum to parties on the radical right.

Groups representing Muslims in Europe were already worried about growing intolerance that's been reflected in recent weeks by events ranging from marches against "Islamization" in Germany, to suspected arson attacks on mosques in Sweden, to the publication of best-selling French books warning of a Muslim takeover swamping local culture.

"I'm afraid," said a community leader in Paris' northern suburbs. "For the first time I've warned my wife, who wears the veil, to take care in the streets."

Although France's Muslim leaders were quick to denounce the attacks, there were reports of shots fired at mosques in at least two French towns after Wednesday’s attack, and police were treating as criminal an explosion at a kebab store neighboring a mosque near Lyon.

"I'm afraid," said Hassen Farsadou, a community leader in Paris' northern suburbs. "For the first time I've warned my wife, who wears the veil, to take care in the streets," he told Liberation newspaper.

Europe's radical right was quick to seize on Wednesday's killings.

“This bloodbath proves that those who laughed at or ignored the fears of so many people about a looming danger of Islamism were wrong,” said Alexander Gauland, a leader of the Alternative for Germany party.

Gauland said the killings "give new weight" to the demands of the Patriotic Europeans Against the Islamization of the West (PEGIDA) movement, which has been holding ever-larger rallies in Dresden and other German cities in recent weeks.

In Britain, the leader of the United Kingdom Independence Party (UKIP) suggested efforts to build multicultural societies in Europe had created a "fifth column" threat.

"We've got people living in these countries, holding our passports, who hate us," UKIP leader Nigel Farage told London's Channel 4 news. "Luckily their numbers are very, very small but it does make one question the whole really gross attempt at encouraged division within society that we have had in the past few decades in the name of multiculturalism."

Groups to the right of Europe's traditional conservative parties have seen a surge in support in recent months fueled by concern over immigration, loss of national influence and the economic strains produced by the euro zone debt crisis.

UKIP is tipped to come third in Britain's general election in May with an estimated 15 percent of the vote, a tenfold increase on its 2010 score. Polls in Germany suggest up to 30 percent of the population is sympathetic to the anti-Islamization marches.

In France, leader of the anti-immigration National Front party Marine Le Pen chose her words carefully in a video statement after the attack.

"Nobody wants to make any confusion between our Muslim compatriots who are attached to our nation and those who believe they can kill in the name of Islam, but the evident refusal to make this linkage should not be an excuse for inertia or denial," Le Pen said.

More from GlobalPost: How to stop Islamic extremism in Europe

She's called for a referendum on restoring the death penalty and criticized mainstream politicians for downplaying the threat from Islamic fundamentalism. "France has to defend itself in the face of this war that's been declared against it," Le Pen said.

Recent opinion polls suggest Le Pen would win through to the second round of France's presidential election scheduled for 2017. She enjoys an approval rating of around 30 percent, 10 points ahead of sitting President Francois Hollande.

Since the attack, Hollande has been meeting with France's religious and political leaders to stress national unity.

He held talks Thursday with center-right opposition leader Nicolas Sarkozy, who returned to the presidential palace for the first time since his electoral defeat by Hollande in 2012.

"Civilized men have to be allied in the face of barbarism," Sarkozy said after the meeting.

His party is set to join a mass rally for national unity in Paris on Sunday along with left-wing and centrist parties, trade unions, civil society and religious groups. Yet mainstream politicians face a dilemma over whether to invite Le Pen and other National Front leaders.

Meanwhile spontaneous demonstrations have continued to draw tens of thousands of citizens in Paris and other French cities in support for those murdered Wednesday, who included two police officers along with 10 staff members at Charlie Hebdo, a satirical newspaper that had long faced threats and attacks for lampooning Islamic fundamentalists.

Many French Muslims are joining the demonstrations — taking up the slogan "Je Suis Charlie" (I Am Charlie), which has come to symbolize the response to the attacks. Community leaders have urged French Muslims — estimated at 3.5 million to 5 million — to attend Sunday's rally.

"This was treason, a betrayal of Islam," Dalil Boubakeur, president of the French Council of the Muslim Faith, said of the attack. "We want to invite our brothers to organize protests showing their indignation and condemnation."

At least one of the victims in Wednesday's shooting was reportedly Muslim: police officer Ahmed Merabet, who was shot in the head by one of the assailants as he lay wounded in the street. Charlie Hebdo copy editor Mustapha Ourrad, an immigrant from Algeria, was also killed.

More from GlobalPost: To publish or not to publish Charlie Hebdo's cartoons?

Although the gunmen — believed to be brothers Cherif and Said Kouachi — claimed during the attack that they were avenging caricatures of the Islamic Prophet Muhammad published in the paper, analysts believe their wider aim is to create divisions in European society that would increase alienation and radicalization among young Muslims.

"They dream of opening a gulf between Muslims and other citizens, to incite hatred among the French, arouse communal violence with their crime," said Robert Badinter, a human rights campaigner and former justice minister. "Let us reject any unjust linkages or fratricidal passions that would be a victory for them."