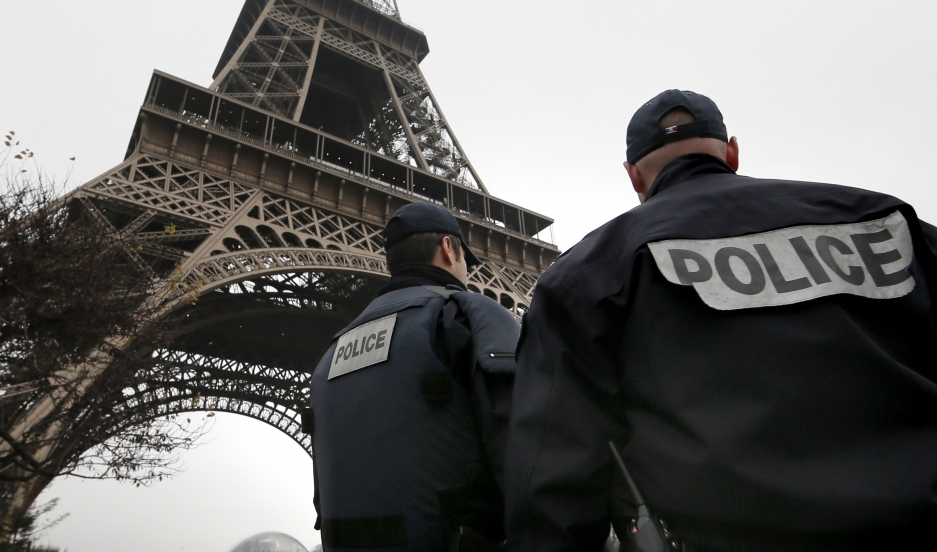 French police patrol near the Eiffel Tower in Paris as part of the highest level of "Vigipirate" security plan after a shooting at the Paris offices of Charlie Hebdo on January 7, 2015.

Until today, many people outside of France didn't know much about Charlie Hebdo. Even fewer knew that some of the cartoonists at the satirical magazine had their own bodyguards.

But the French govenrment has been alert to the possibility of terror attacks long before Wednesday's killings. "I think the French probably have as good as intelligence service domestically and internationally that exists in the world," says Christopher Dickey, the Paris-based foreign editor for The Daily Beast.

"There have been horrific terrorist attacks every so often in France, carried out by different kinds of Islamic extremists," he says, a history that goes back to the 1980s. "As a result, the French intelligence apparatus has worked very hard to penetrate as many of these groups as it possibly can. And it's been particularly focused on those people who are going to fight in Syria or Iraq."

So what happened in the Charlie Hebdo attack? No one yet knows. "They thought they'd been able to penetrate most organized terrorist groups to the extent they would be able to prevent this sort of attack," Dickey says. "Clearly they missed this one."

He also says the initial signs are that the attack wasn't carried out by "lone wolves:" "This was organized by people who clearly have military experience and expertise. They used weapons that are not readily available in France." Those included Kalashnikov rifles and military-style ammunition vests, though it's not confirmed if any of the three attackers fought with jihadi groups in Syria or Iraq.

And while it's natural for people to point fingers at those groups, particularly ISIS, Dickey cautions that "may be misleading. They have to remember that al-Qaeda is out there still. It is a potent organization. It has different strategies and tactics from the Islamic State. And one of its core aims is to attack Western targets."

And with all three men still at large as of Wendesday evening in Paris, France's security apparatus is on high alert.

"We're not just going to see more police on the streets, but more soldiers on the streets," Dickey says. "The intelligence services are going to be calling in all their chips with their informants to try and find out not just who the attackers are, but whether there are other groups related to them with other targets."

Benjamen Walker, who went to the vigil in Paris and hosts the "Theory of Everything" podcast, says the current state of affairs reminds him of home in the US.

"Hearing the sirens and just watching the parades of police cars barrelling down the boulevards. There's a manhunt going on right now," he says. "It feels like I'm more in America than in Europe or France or Paris."