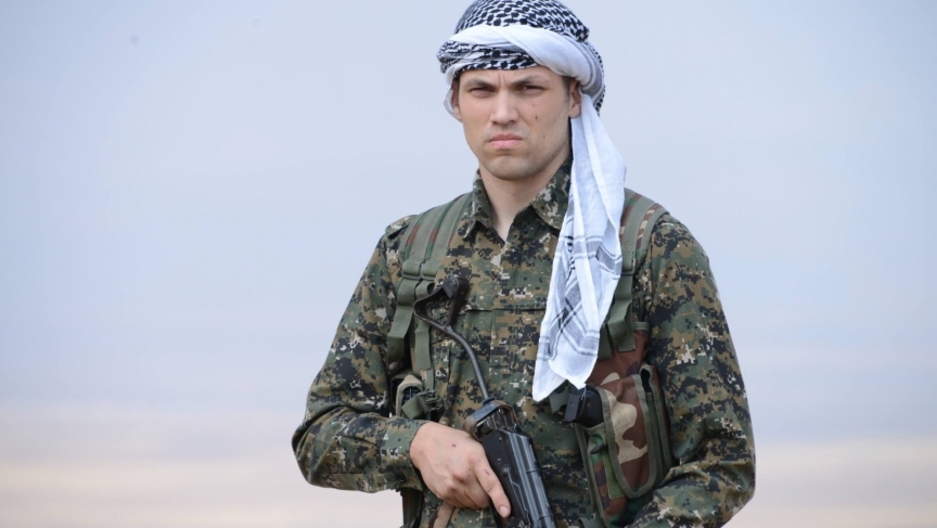 One of the first US volunteers with the YPG was Jordan Matson, from Racine, Wisconsin.

The flood of foreigners who've gone to fight for ISIS has gotten a lot of attention, but it's not so well known that there's a small stream of men and women going to join the fight against the so-called Islamic State.

The latest Americans to go include a 49-year old surfer from Florida with no military experience. But it's not just Americans: There are Canadians, Germans, Brits and others. Estimates say there are probably a few dozen in all, and most end up joining a Kurdish militia group in Syria.

“A lot of them are former military, veterans, who have been fighting for Canada in Afghanistan," says Laura Lynch, who's reporting on the issue for the CBC. "They can’t stand looking at the beheadings that ISIS is carrying out. They’re frustrated with what they see as the lack of an adequate military response on the part of Canada."

There's also a more prosaic reason for going, Lynch says: "They’re also bored, quite frankly. They’ve come back from active fighting abroad and they don’t know what to do now.”

But it’s not just veterans who join the fight against ISIS: There are also many volunteers with little or no military experience. "They see an opportunity for an exciting life over there," Lynch says.

She says these unskilled fighters face more of a challenge “as they don’t know what they’re doing on the battlefield.” Some Kurdish forces try to screen them out, but others are willing to accept them and provide some basic training.

But no matter their level of military training, language problems are a common barrier. And few of the volunteers consider the nature of the groups they are joining.

Many are accepted by the YPG, the People’s Protection Unit, a Kurdish militia in Syria. It has close ties to the PKK, a Kurdish separatist group in Turkey that's deemed a terrorist organization by both the United States and Canada. Legally, that means anyone supporting them is in the same boat as someone who gives support to ISIS.

The Canadian authorities are trying to discourage volunteers going to join anti-ISIS groups. Aside from the legal and ethical dilemmas, officials worry that if volunteers are killed or wounded, the Canadian government might become involved in evacuating the wounded or retrieving remains. And there's the even more frightening prospect of one of these volunteers getting captured by ISIS.

Lynch says one young Canadian she spoke with just before Christmas said he would not allow himself to be captured — he would save the last round for himself.

But his plans aside, she says, “I suspect that for a lot of these people who want to go over it’s a long way between saying, 'I want to go over and fight against ISIS' and thinking through what all the implications of that really are.”