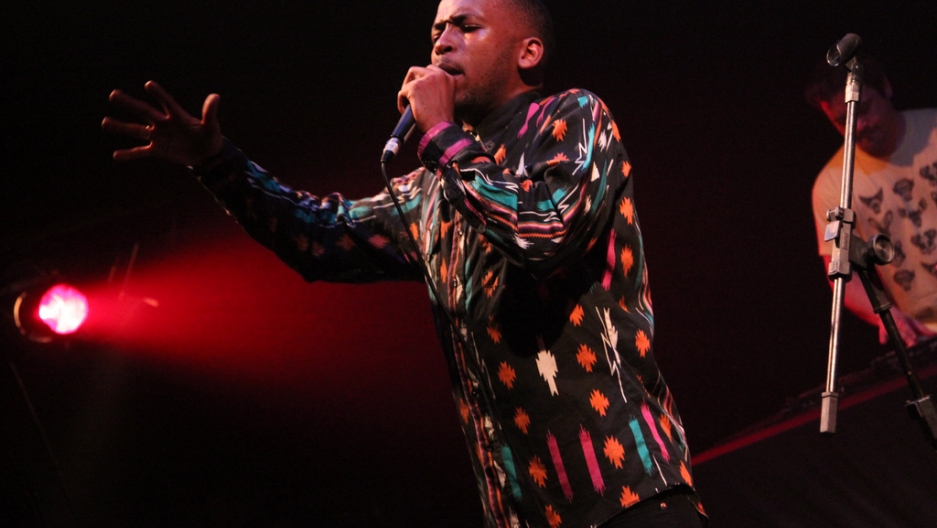 Every year, we put out our "Stocking Stuffers" program covering the best music of the last year. But even a list of the best new songs and release overlooks the long-form style that has risen to challenge the dominance of the album: the mix.

For increasingly large areas of the world, mixes are the best way to hear new music. With only a few exceptions, pretty much all of the dancehall, grime, cumbia, Afro-house, kizomba, footwork or banda we've listened to this year has come from mixes posted online.

So here's more than 12 hours of maximum-strength jams, forming a snapshot of how our Internet sounded this year. Yes, it's different than your Internet, but that's part of the beauty of these things. And in that spirit, we won't be providing a track-by-track breakdown. Instead, we're going to sketch out the general trends as we've see them, identifying the scenes, sounds, styles and countries that helped define our 2014.

After the imprisonment of superstar Vybz Kartel in March of this year, people began to worry about the health of Jamaica's number-one musical export. But the following eight months alleviated these concerns. In 2014, the ever-more-international dancehall style just kept rolling, becoming an increasingly varied style that ran the gamut from the bass-heavy crossover taken to the bank by Major Lazer to the melancholy wash of Popcaan.

We listen to a lot of dancehall at the Afropop office, and the style is represented here by three separate mixes. Clean As A Whistle, from DJ team Chinese Assassins, represents the straight-ahead sounds of Jamaican dancehall. It's the kind of mix you could buy for three dollars on the streets of Kingston, and it's full of all the fast-paced, Auto-Tuned hooks and slyly profane verses you could hope for. There were a thousand tapes like this in 2014, and pretty much all of them were good.

2014 was also the year where dancehall gained a dose of the historical focus previously reserved for reggae. Of these efforts, our favorite was probably the concerts put on by NYC's Deadly Dragon Sound and Dubstuy Records to celebrate the homegrown dancehall styles that Brooklyn developed during the 1980s. The Mini Mart Hi Power Reunion Mix is a perfect example of why this kind of effort is so badly needed. Finally, the legendary Stone Love Sound demonstrates just why live sound system sets can be so brilliant.

Lisbon Is the Best

Without a doubt, the most consistently interesting music we heard in 2014 was produced by a tightly knit group of DJs from the primarily African suburbs of Lisbon. Mixing electronic Lusophone dance styles like kuduro, zouk and funana with a vicious sense of space and groove, the scene that has been coalescing around the Principe Discos label delivered in spades. We wrote that the music "categorically refuses to play nice," creating dissonant rhythmic mazes that shift underneath your feet.

We are featuring two mixes of this style in our roundup. One comes from scene-leader DJ Marfox. In the months following his triumphant American debut, he has become a fixture on the circuit, releasing a brilliant EP on Brooklyn's Lit City Trax, and playing at MOMA's PS1. The year also saw the emergence of a younger generation of DJs from Portugal. Of these, one of the best is Maboku, whose mix expands on the melodic potential latent in Marfox without sacrificing an ounce of its intensity.

It's no surprise that South Africa is producing tons of interesting music. The nation has long had one of Africa's most active music industries, and, in recent years, a new generation of electronic musicians have continued to push the boundaries of rap, house and dance, often blending the three into shockingly original combinations. While this kind of fusion has been bubbling for a while, 2014 seemed to be the year the scene really started to get the international attention it so richly deserves.

The Okmalumkoolkat mix put together by Spoek Mathambo for his "Future Sounds of Mzanasi" series is a perfect example of why South African music is so incredibly exciting right now. Swerving between chanted dance hooks and dense, spiraling verses, this is next-level hip-hop futurism, easily the equal of American trailblazers like Run the Jewels or Shabazz Palaces.

Not to be confused with Fela Kuti's Afrobeat, Afrobeats is probably more accurately understood as a DJ construct than a genre. Electronic dance music from Ghana and Nigeria has crossed over to the UK, where it spawned stars like Fuse ODG. 2014 saw Afrobeats continue to grow in popularity worldwide, while further defining its hook-heavy mixture of dancehall, pop, rap and West African rhythms. For our money, It's pretty much as catchy as music got in 2014.

One of 2014's biggest musical losses was the untimely death of DJ Rashad, a truly brilliant producer who helped establish the international reputation of Chicago's homegrown footwork, a frenetic dance music capable of chopping and splicing pretty much any sound into its churning rhythms. Despite Rashad's death, footwork didn't lose a beat this year. In fact, it seemed to appear in more places than ever before, solidifying its position as one of the major streams of forward-thinking dance music.

It's not news at this point, but the 21st century has a retro penchant. Luckily, in the case of music, that means that DJs are willing to spend serious time digging for long-lost gems. Two of our favorite mixes this year were the result of this type of effort. DJ Gioumanne's Afro Cosmic Club Vol. Two pulled together a stunning array of (mostly) '80s funk gems from across Africa, while Lincoln Olivetti: Brazilian Boogie Boss 1978-1984 dug into the disco vaults for some deliciously decadent grooves.

For even more mixes than are discussed here, be sure to check out our full list. And check out Afropop's "Stocking Stuffers" list via our podcast.