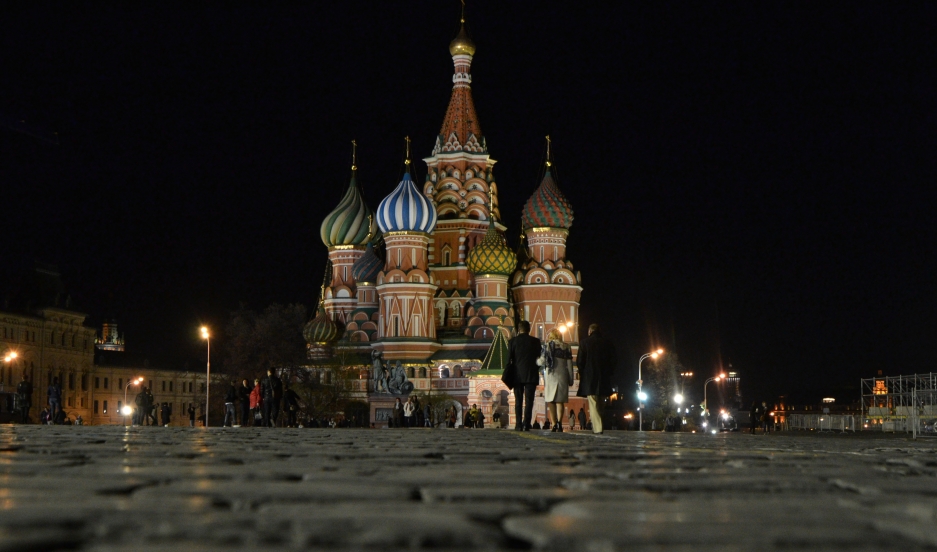 Russia has endured a veritable roller coaster of events in 2014: The Winter Olympics in Sochi went off relatively well, then the country pulled off the annexation of Crimea. But that, and meddling during the internal struggle in Ukraine, led to sanctions. Then the oil price fell and the economy went into recession.

It’s also been a roller coaster for Russian writer Masha Gessen who left her life in Moscow at the beginning of the year.

“I often joke with my friends that Russia has made it incredibly easy for me to adjust to life in the States because every week something really bad happens there, something that reminds us of what a good decision we made,” Gessen says. “But things have just gotten so much worse, so much faster than anyone, including me, could’ve predicted.”

“The regime, which has been an authoritarian regime for 15 years — and by the way today is the 15th anniversary of [Russian President] Vladimir Putin becoming the acting president in Russia — has edged much, much closer to becoming a totalitarian regime,” she adds.

In which I imagine what the fall of the Wall meant to Putin (excerpt) http://t.co/Oxr8bnqKvM via @thedailybeast

All of this, topped with crippling unemployment, inflation and the collapse of the rouble, leaves Gessen with the feeling, as she describes it, “of space closing in and leaving no room to breathe.”

It became downright dangerous for Gessen to breathe in Russia. She and her family left the country as an increasingly violent and repressive anti-gay campaign continues to take hold.

“Russia has reached for new ideology and a new national idea. And this new national idea is based on this vague idea of traditional values, LGBTQ people have become the target of choice,” Gessen says.

In which I try to set the record straight on the gay teen asylum seeker. http://t.co/GXDt6xRcuB

The biggest result of the campaign has been violence. People are routinely beaten up. There are vigilante attacks on groups and individuals, she says. There’s even a specific piece of legislation, not yet passed, that would enable the government to take children out of same-sex families.

“The reason that my family left is that we were afraid that the government was going to go after our kids,” Gessen says.

Many, many LGBTQ refugees have also fled. Hundreds alone have re-settled in New York City in the last year, where Gessen and her family now reside. While the situation is dire, Gessen isn’t totally without hope that things can change.

“What I can do, and what I have been doing, is writing about this,” Gessen says. “Fortunately for me, media interest in Russia has remained fairly high. Vladimir Putin is the gift that keeps on giving for a journalist," Gessen says. "What I can do, and I might be more effective doing it in the States, is to try and tell the story of what’s really going on in Russia.”

In which I abdicate my responsibility. http://t.co/dWqcNCvBuk