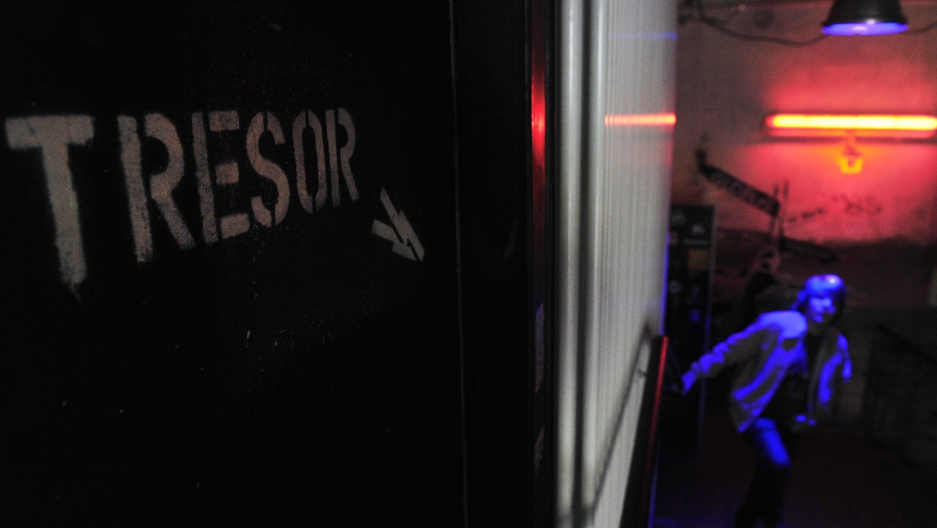 BERLIN, Germany — On the eve of a new year, Europe's capital of slouching, grungy cool has found itself in the midst of an identity crisis.

This debt-plagued city has clawed its way to international respectability partly thanks to a tourism boom. But longtime residents who gave the German capital its cachet as “poor but sexy” — as dubbed by former Mayor Klaus Wowereit, who stepped down this month — worry newcomers are killing the vibe.

That includes the legendary club scene.

Something definitive has already been lost, says Jan Jasper Kosok, the founder of an influential German pop culture blog called Knicken, or Kink.

“The era of the ultra-cool, big and central club is basically over,” he says, going on to name several shuttered or transformed venues. “There’s no such thing as the Deep, the old, old Cookies or 103 anymore. Big clubs are either commercial or overcrowded with tourists.”

The club scene emerged after the fall of the Berlin Wall and the reunification of Germany, when the euphoria of newfound freedom in the ex-communist parts of the city found expression in some of the thousands of square feet of empty space created by the closure of former East German businesses.

Although techno was the musical genre of choice, the aesthetic was industrial because of the available concrete venues. The club Tresor, for one, was housed in a department store vault. And because there was no such thing as closing time in Berlin, unlike most other cities, the party never had to stop.

“All these kids from East and West went to Berlin to see what’s going on, and then there were no authorities for a while to chase after illegal clubs,” Tresor founder Dimitri Hegemann recently told The New York Times.

Now some complain that there are just too many of those kids.

Hardly a month goes by without a newspaper article bemoaning the onset of higher rents, the end of grungy authenticity or the demise of a cherished nightspot.

Earlier this month, artists painted over iconic building-sized murals by the Italian artist Blu in the hip neighborhood of Kreuzberg, in the former east, rather than participate in the city's transformation into “an amusement park for those who can afford the rising rents,” Lutz Henke, one of the artists/vandals wrote in the Guardian.

Last summer, Friedrichshain-Kreuzberg Mayor Monika Hermann raised eyebrows in the Berlin senate with a proposed “code of conduct” for tourists who view the party-town reputation as an invitation to smash bottles and urinate on doorsteps.

But amid all the naysaying, some believe something more than just common gentrification and immigration may be underway.

Although the frontier days of underground parties are winding down, impressarios from the golden age have figured out how to commercialize the club scene without sacrificing everything that made its reputation.

“It became way more professional and institutionalized,” he says. “Before, you'd have to know people or be on some underground mailing list to be invited to parties. That's not so important anymore.”

Instead, clubs such as Berghain and Watergate — which both recently celebrated their 10-year anniversaries — have become institutions of a sort while remaining at the cutting edge of the techno music scene, where they still defend their own ideas of cool.

In addition to their strict, seemingly arbitrary door policy, bouncers put stickers on smartphone camera lenses to enforce the club's ban on selfies — and turf out anyone who dares peel them off.

And while Watergate has reputedly become such a tourist mecca that Berlin clubbers say they'd never pay for entry there, many still wait in lines that are rarely shorter than 50 yards. Impressario Steffen Hack, a Berlin squatter and radical before reunification, ensures that only the money in the till at the end of the night reminds him of Ibiza.

“Do you feel like I’m a snobby, arrogant guy who sits on his club and feels like Puff Daddy?” Hack recently told Exberliner, a Berlin newspaper for English speakers. “We are Kreuzbergers. It sounds stupid, but we feel probably like a socialist club, with all the [contradictions] that are in that sentence.”

Police raids are still virtually unknown and Saturday-night parties continue well into Monday, thanks to both the usual club drugs and tourists who turn up on Sunday afternoons, when lines are shorter and bouncers apply a more liberal door policy.

More from GlobalPost: 5 reasons why 2015 may be an unhappy new year for Europe

Smaller clubs such as Farbfernseher — or Color TV, located in a former television shop — and throwbacks like About:Blank, Chalet and Renate still have something of the old Berlin vibe, and the quality of the music on offer hasn't declined, the pop culture writer Kosok says.

It's just that now it's about making money.

“The good times of Berlin clubbing were kind of over, when the illegal summer parties were not taking place at the center of the city anymore,” Kosok adds.

“They charge you for that Berlin feeling now, which renders it senseless.”