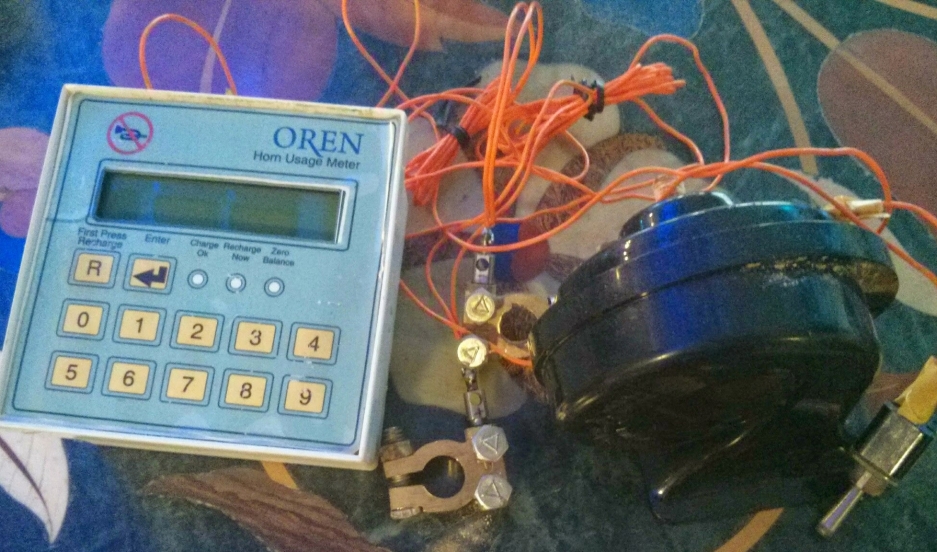 The honking of car horns in India is everywhere. It’s enough to make anyone lose their mind — and make me wear earplugs whenever I step out of my house.

In fact, I have a standard spiel when I get into a taxi. I tell the driver I’ll ride with him, but only on the condition that he only honk in an emergency. Sometimes they push back — they’ll bicker or gripe under their breath — and two drivers have pulled over and kicked me out. Most simply want the fare.

But people aren't going to change their behavior just by asking, and I recently met someone who's trying to tackle the problem in a whole new way.

Jayraj Salgaonkar is a publisher, economist and analyst, a big hit on cable TV news shows. He says the honking is a problem peculiar to our part of the world. People honk here for no rhyme or reason —  “Just to prove their existence,” he muses.

Whatever their motivation, Salgaonkar got fed up and decided to try and hit drivers where it counts: in their pocketbooks. Over the last eight years, he’s worked with the Indian Institute of Technology to develop what they call “Oren” — a horn usage meter. 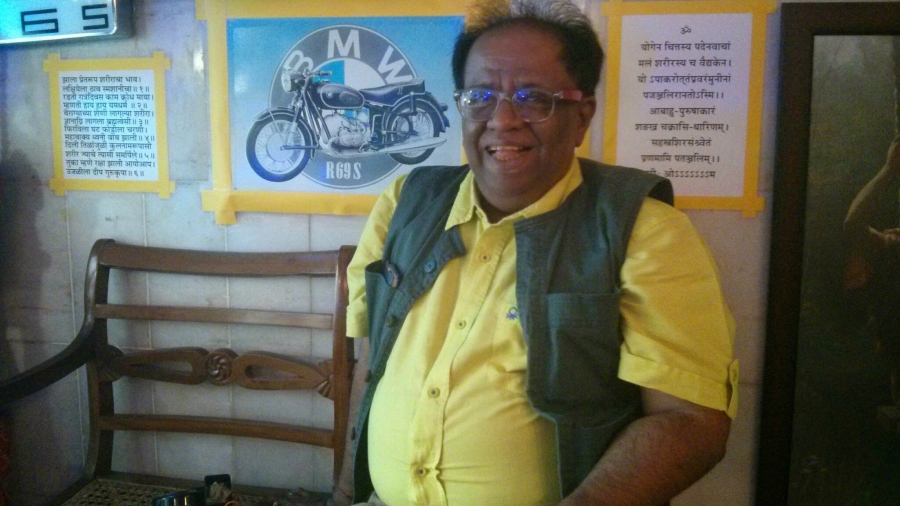 It’s a white plastic box, maybe the size of a small Wi-Fi modem, with a numerical keypad and a meter. The meter is fixed in the car and measures the amount of electricity the horn draws from the battery. "You measure it and you pay for it," Salgaonkar explains.

Every time you honk, it costs money; the longer you hold down the horn, the more it costs. Drivers could buy scratch cards with fixed amounts of honking time, and when the horn time was almost up, his tail lights would start flashing. Unfortunately, Salgaonkar says, they can’t disable the horns, but they can at least call attention to overuse.

He's been trying to get local politicians on board with Oren for the past two years. If it became mandatory in the state of Maharashtra, where Mumbai is, Salgaonkar thinks other states would follow suit. He thinks it can be a calling card for politicians to show how progressive they are.

The taxi drivers I spoke with seemed okay with it. "Well, if they’re fining me on it, of course I’ll stop," one said.

And Qutubuddin, who’s been driving a taxi for 26 years, laughed when I told him about the Oren meter. He agreed that people honk too much, and said that ”if you fine it, honking will decrease. It’ll decrease a lot. It’d be a very good thing.”

But when I asked a friend of mine what she thought, she was incredulous. Politicians don’t really care about the noise, she said. Even if politicians did vote for horn usage meters, the powerful car manufacturers would never agree to install them. But most damning, she said, is that you’d never — ever — get the police to go along.

“The traffic police doesn’t really care for the rules,” she said. “They’ll only come out when they want to earn their bribes and make their money maybe for the first three days of the month.”

I find myself torn between Salgaonkar’s optimism and my friend’s candid realism. I do get her point. After all, we live in a country where authorities instruct truck drivers to paint the legend “Horn, OK, Please” on their bumpers — to encourage drivers to please honk to get ahead.