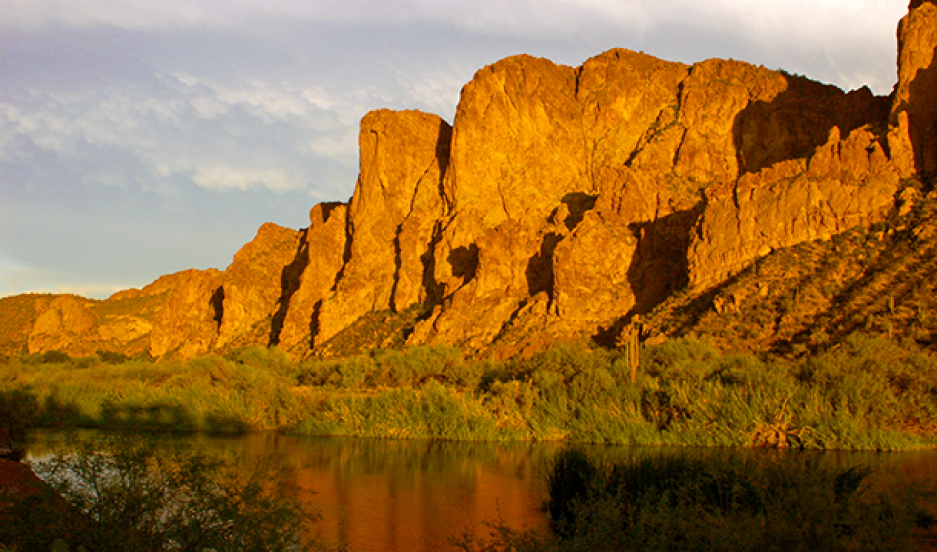 A rider attached by Arizona Senator John McCain to the latest Defense Authorization Bill ignores a Native American treaty and trades away 2,400 acres of sacred land to a copper mining company.

There is a long tradition on Capitol Hill, as Congress ends its term, to add unrelated riders to “must pass” measures — making for “Christmas tree” bills adorned with baubles, goodies and presents for home districts. But this year, McCain’s hidden gift to Rio Tinto seems to be attracting a lot of attention.

For the past decade, Native Americans have been fighting a bid by mining giant Rio Tinto to extract copper from under the Tonto National Forest in Southeast Arizona. The land swap legislation, inserted without debate, will allow Resolution Copper Co., a subsidiary of Rio Tinto, to acquire a portion of the federally protected public land in exchange for 5,000 acres of land in other areas around the state.

Gale Toensing, a writer for the Indian Country Media Network, says tribal people have fought the mine in part because it will be destructive to land considered sacred to the San Carlos Apache tribe.

“I don't think the dominant society understands exactly what a sacred place means to indigenous peoples,” Toensing says. “What’s going to happen to this land if, in fact, the copper mine goes through, will be like destroying a church or a synagogue or a mosque. We wouldn’t do that to Jews or Christians or Muslims. We just would not do that.”

Toensing says the tribes can launch an appeal with the Organization of American States and lodge protests at the United Nations. According to the UN Declaration on the Rights of Indigenous Peoples, governments cannot do anything that would affect tribal lands, culture or health unless they get free, prior and informed consent of the tribes. “There was no consultation on this whatsoever,” she says. “So that’s a violation of the Declaration.”

Unfortunately, Toensing sees the mine land grab as a sad case of business as usual.

“I’m always surprised by what this country does to its First Peoples — and I shouldn’t be,” Toensing says. “There are over 400 treaties that have been violated, so I really should not be surprised when things like this happen. But I always am, because I’m always hopeful that things like this won’t happen.”