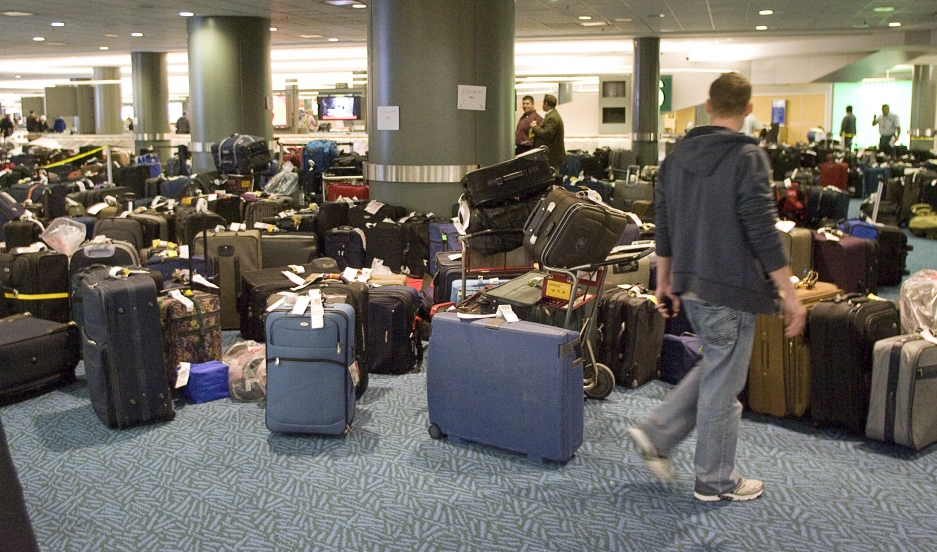 A passenger looks for his displaced or lost luggage at the international airport in Vancouver, British Columbia.

Some 99 million Americans will travel at least 50 miles this holiday season, and more than a few of them will lose their luggage along the way. Airlines manage to reunite most flyers with their lost items, but have you ever wondered where the truly lost items end up?

They probably get sent to an enormous department store in Scottsboro, Alabama, that sells nothing but items lost by the airlines. It's called the Unclaimed Baggage Center, and as spokeswoman Brenda Cantrell explains, it's like no other store you've ever shopped at.

“We’re a 40,000-square foot department store — it actually covers a complete city block,” Cantrell says. “We stock between 5,000 and 7,000 individual items every day.” That's the items inside lost suitcases, everything from a pair of socks to a $30,000 Rolex watch.

Airlines hold onto lost, unclaimed pieces of luggage for a minimum of 90 days. In more than 99.9 percent of case, Cantrell says, airlines successfully reunite owners with their lost luggage. But for the bags that don't ever get home, that's where the Unclaimed Baggage Center comes in. The company purchases bags from various airlines after the 90-day period is up.

“There’s so many strange things that we get," Cantrell says. “Some of that includes a full set of armor, Scottish kilts and musical instruments that date back a couple hundred years. And then there’s taxidermy items, like a stuffed goose.”

But that’s not even the strangest thing employees have come across. “One year, and I will never forget this, it was in the summertime and we got a suitcase filled with cheese," Cantrell says. “You just had this nasty smell of cheese floating in the air for a couple of weeks.”