It often takes a guest coming to town to encourage you to explore your own city.

When food critic Steve Dolinsky told me that he was coming to Boston, I asked him if we could take a tour around the city to check out some of the culinary trends that represent three of the city's big immigration waves: from Armenia, Brazil and Vietnam.

Yes, this was going to be more exotic than North End pizza.

Our first stop was the Armenian and Market Bakery where we tucked into Armenia's version of a pizza, called Lahmajun.

It's a round, thin circle of dough topped with minced beef or lamb , minced vegetables and herbs, as well as onions, tomatoes and parsley. 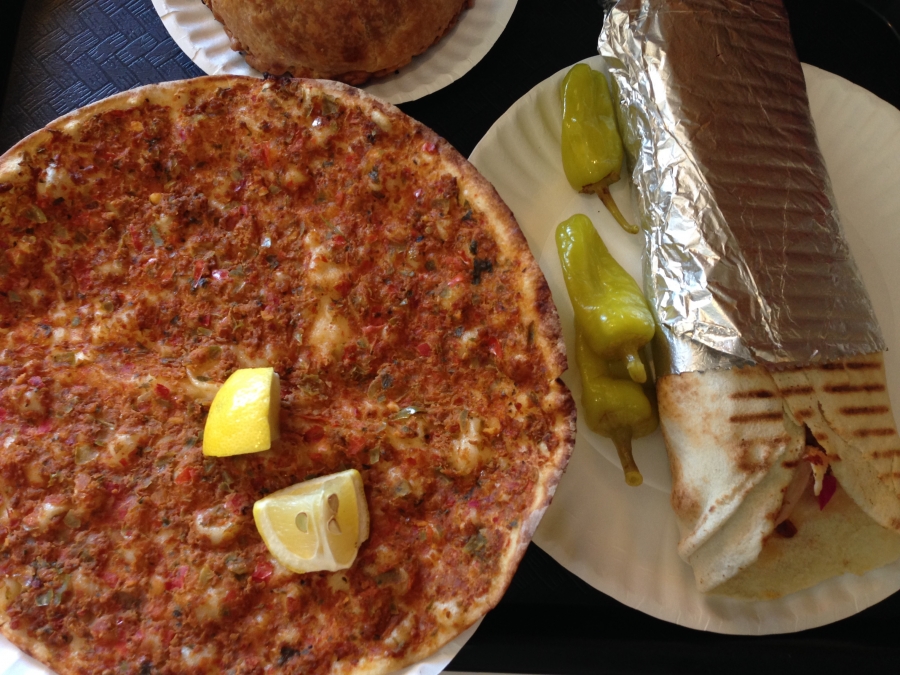 Lahmajun and Shawarma at the Armenian Market Bakery in Watertown, MA

Their Shawarma was also primo. The whole sandwich was grilled before serving, yielding a crispy bite before you taste the warm, juicy lamb and pickled onions inside.

We ordered the house specialty — heck, the restaurant is named after it — a rich seafood stew called Muqueca. Muqueca (or Moqueca) is a Brazilian dish of fish stewed in coconut milk, tomatoes, onions, garlic, coriander and palm oil.

The particular variety that we ordered did not use coconut milk, making it a bit lighter. 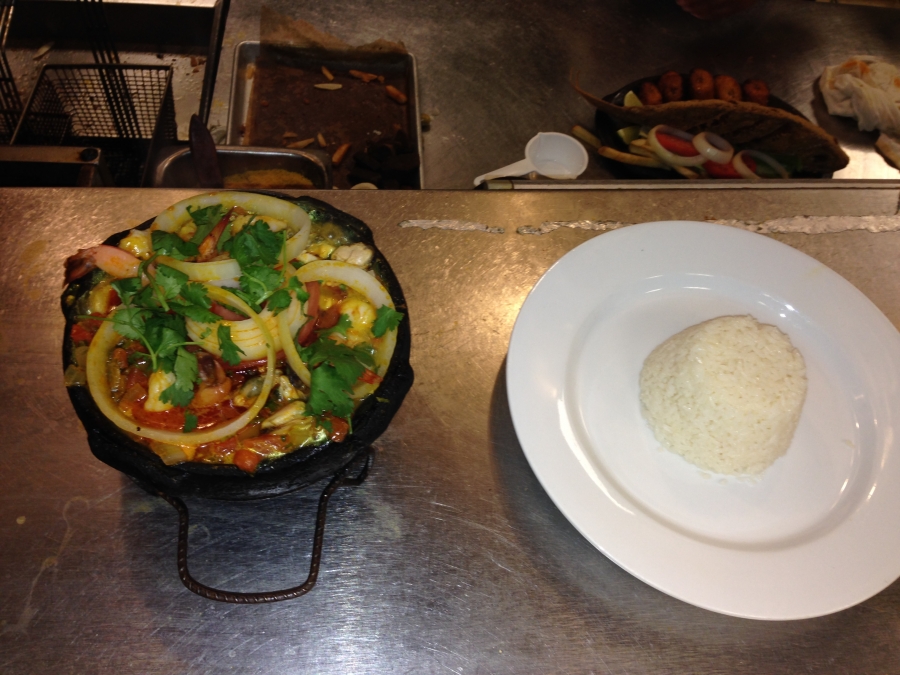 Our final destination was in the south Boston neighborhood of Dorchester — a place called Banh Mi Ba Le.

Again, if you go to a restaurant that takes its name from the dish it serves, best try that dish.

So Steve insisted on Vietnam's traditional submarine sandwich, the Banh Mi. Banh Mi varies, but the house special at Banh Mi Ba Le is typical: Pâté with native Vietnamese ingredients, such as cilantro, fish sauce, chilis and pickled carrot and daikon, layered into a section of French baguette. 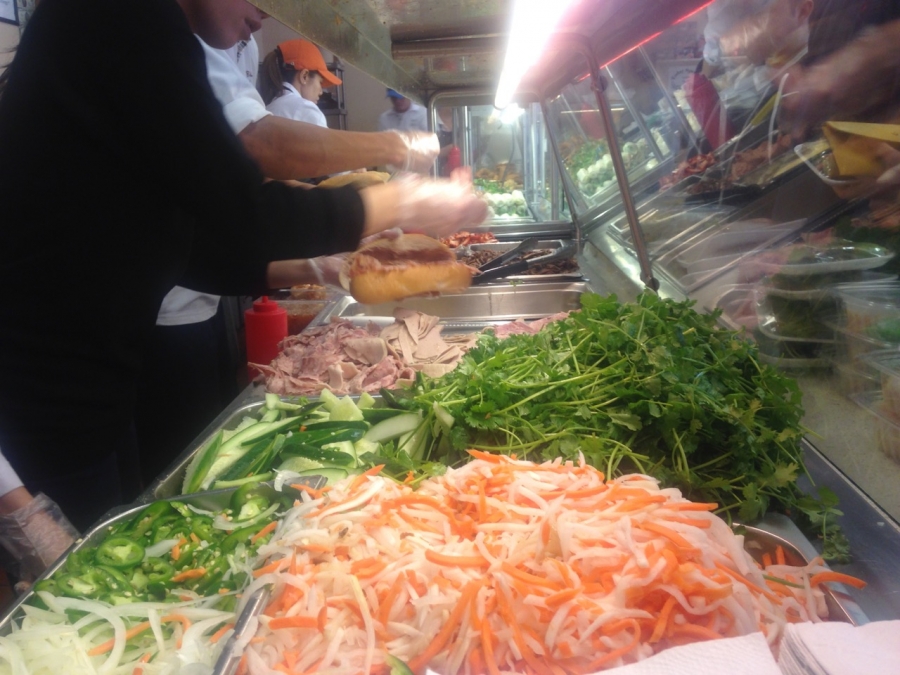 My thanks to Steve and producer Clark Boyd for this delicious day. 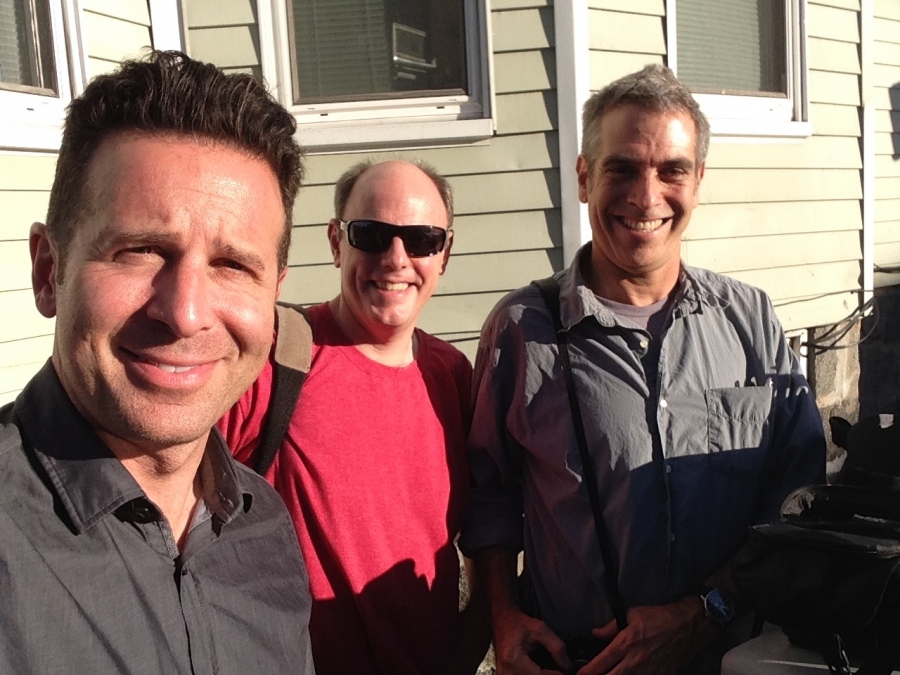 Steve is a food reporter, and I learned from him that day not to eat everything on the plate, even if it's extraordinary.

That's how you survive in his job.

But even with that training, I was unable to support his decision to go to a Polish restaurant in Dorchester.

He was still hungry and ordered the sample plate.

I will return for the pierogies, but I was full.

And I was not quite ready to let the flavors of the banh mi disappear from my palate.