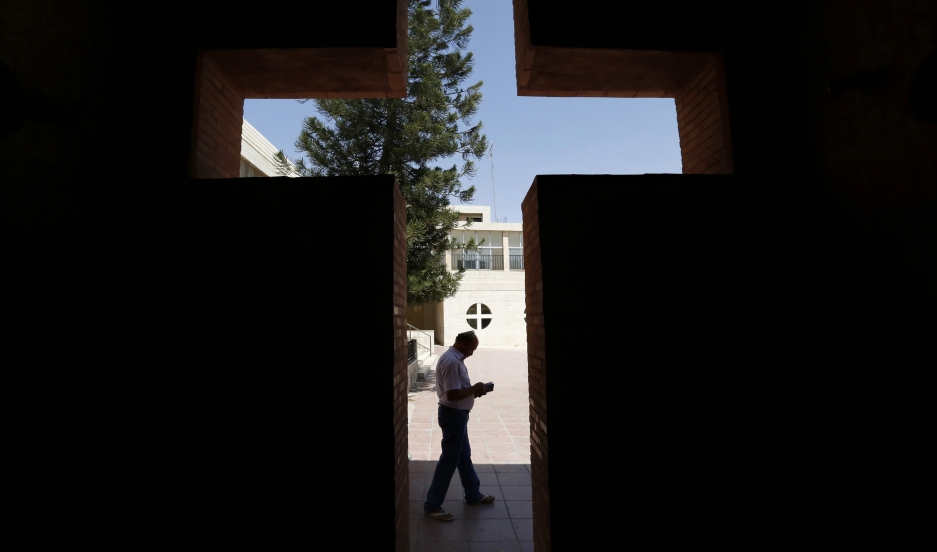 An Iraqi Christian man from Mosul, who fled from violence in northern Iraq, reads a book at the Latin Patriarchate Church in Amman, Jordan, on August 21, 2014.

On a holy day of rest and joy for millions of Christians worldwide, Pope Francis issued a somber reminder about the desperate situation of some of the oldest Christian communities on earth.

Addressing a crowd of more than 80,000 people in St. Peter’s Square, gathered for the pope’s annual "Urbi et Orbi" Christmas day message, Francis asked God “to look upon our brothers and sisters in Iraq and Syria, who for too long now have suffered the effects of ongoing conflict and, together with those belonging to other ethnic and religious groups, are suffering a brutal persecution.”

“There are so many tears this Christmas,” Francis said. John Allen, a veteran Vatican correspondent for the Boston Globe, wrote that the pontiff appeared to be visibly moved when describing the plight of Christians in the Middle East.

The so-called Islamic State is responsible for driving tens of thousands of Christians and other religious minorities from their homes across large parts of northern and western Iraq. While the pope didn't mention the group by name, he spoke about the "children displaced due to war and persecution, abused and taken advantage of before our very eyes and our complicit silence."

"I think also of those infants massacred in bomb attacks,” he said.

Before celebrating Christmas Eve midnight Mass, Francis spoke via satellite phone with some Iraqi Christians in a refugee camp outside of Irbil. The call was broadcast live on Italian TV.

"Dear brothers, I am close to you, very close to you in my heart," he told the refugees. "Innocent children, children who have died, exploited children ... I am thinking, too, about grandparents, about the older people who have lived their lives, and who must now bear this cross."

The BBC’s Yolande Knell recently met some Iraqi Christians who've fled their homes and gone across the border into Jordan, where they prepared to celebrate their first Christmas as refugees. A couple from the Iraqi city of Mosul, which has largely emptied of Christians in recent months, spoke with Knell on their wedding day in the Jordanian capital of Amman.

The groom, a young man named Saif, said he had no plan to ever return home to Iraq. “I don’t have a future in Iraq. There are other countries where they know about human rights,” he said, adding that he intended to move somewhere overseas to raise a family.