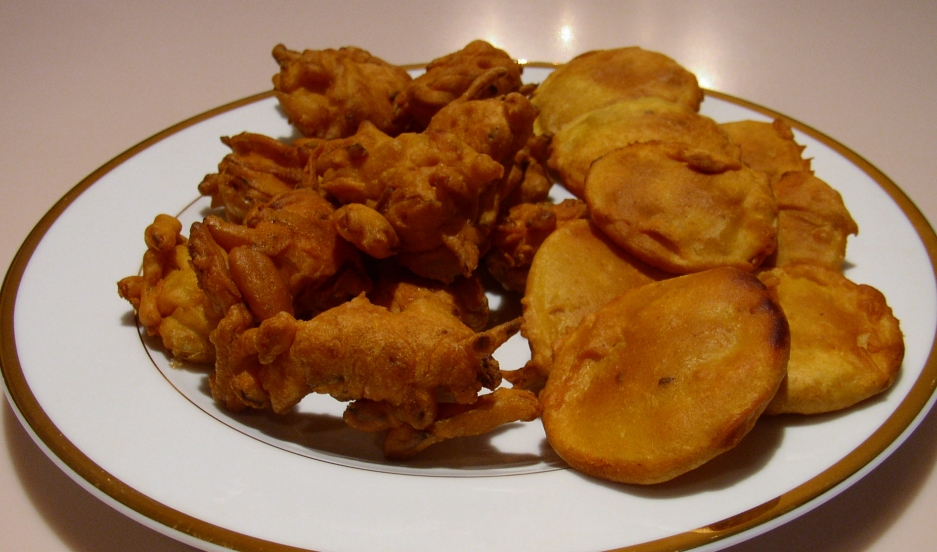 Shubha Jaishankar, says during the Christmas holiday her mother would make a batch of bajjis- an Indian vegetable fritter. "Eaten with a hot mug of chai, it was like our version of cookies and milk."

It's just not Christmas without the curry chicken. At least, that's the case at the Sheppard house. 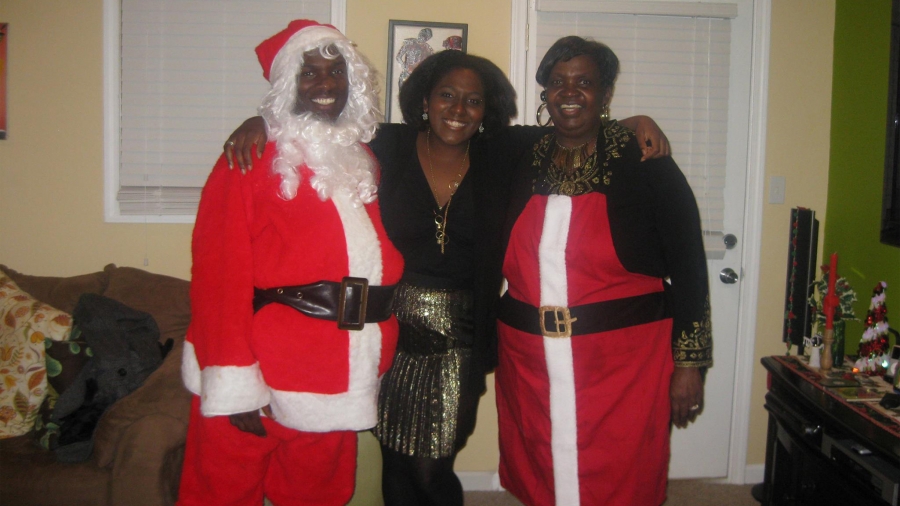 Pat Sheppard (right) and her children Samantha and George during the 2010 Christmas holiday. Pat's parents are originally from Jamaica and moved to the US in the 1940s. Christmas dinners in her family had traditional staples like curry chicken, rice and peas, that she continues to serve every holiday. Now Pat says she is teaching her daughter how to make these Jamaican dishes.

Sheppard, who grew up in the Bronx, says she learned these Jamaican staples from hanging around in the kitchen."My mom taught me all the classic recipes," she says. "Of course she didn't know any of the measurements." She's now going out of her way to pass the tradition onto her daughter.

"It wasn’t like that when I was growing up. I had to be in the kitchen to help — it was expected," she adds

Shubha Jaishankar says her mother made bajjis during the holidays. They're a traditional Indian vegetable fritter.

"They were usually potatoes, onions, cauliflower, mirchi (hot pepper). Whatever vegetable we had in the house, we'd batter and fry to deliciousness," Jaishankar says. "It was the perfect treat for cold, dark, dreary days. Eaten with a hot mug of chai, it was like our version of cookies and milk."

Eric Fretz's grandparents emigrated from the Czechoslovakia in the early 20th century. "They were super interesting people, they were kind of assimilated here in the US, kind of not," he says. Every Christmas Eve, his great grandmother always made pierogies — a boiled dumpling typically filled with potatoes and cheese. 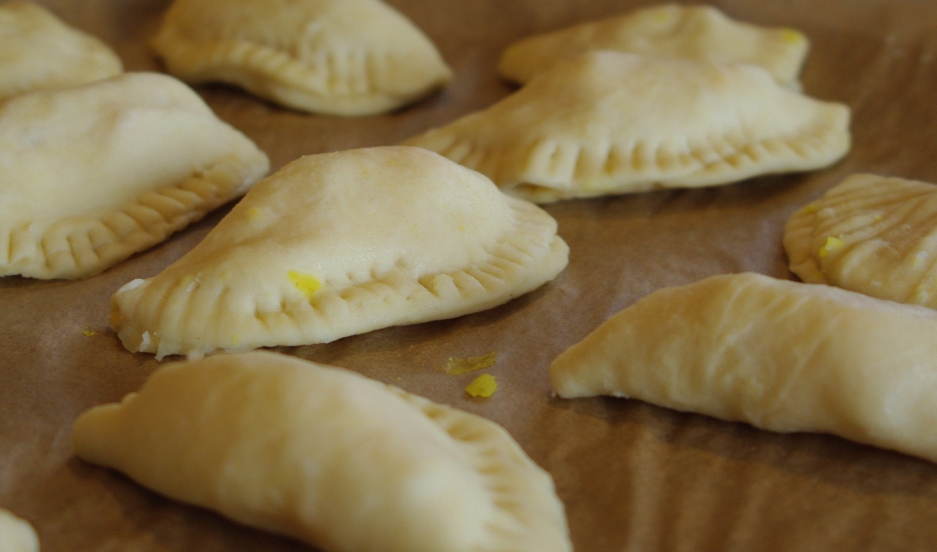 Perogi dumplings made by Eric Fretz and his family- their tradtional Christmas Eve dish.

They are traditionally a Polish dish, but Fretz says it was still the tradition in his Czech family. After his grandmother passed away, Fretz's mother began to make the yearly batch of pierogies. One year Fretz and his wife Sujata took a turn making the dumpling dish. "I felt like good weight from the family, bearing down on me, to make pierogi on Christmas Eve," he says. 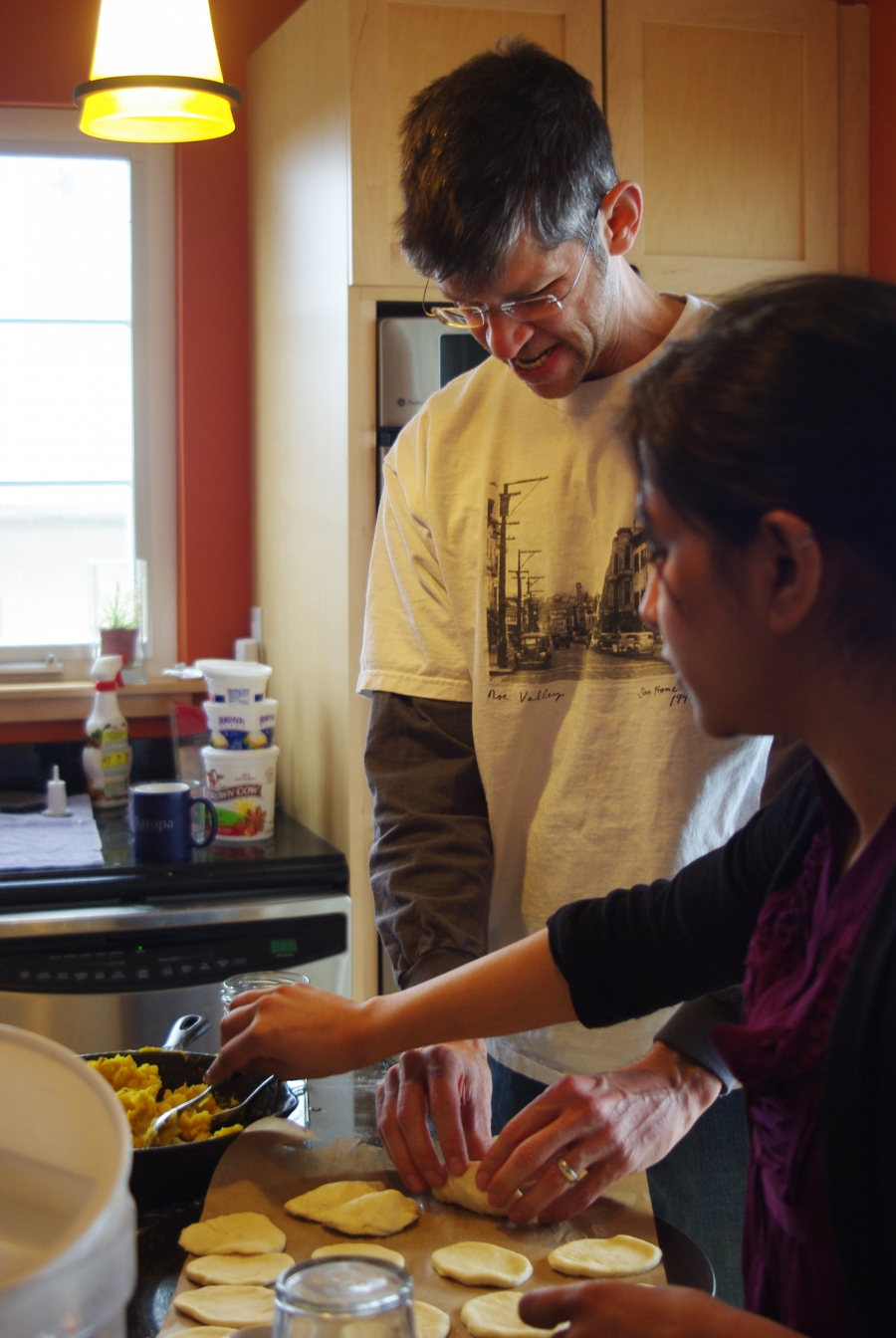 Every Christmas Eve, Eric Fretz makes a batch of perogi dumplings- continuing a tradition from his Czechoslovakian grandmother. Fretz's wife is Indian-American and one year he and his family made a hybrid version, stuffed with curried potatoes.

"Every time I eat one now, it’s still not quite like how [my grandmother] made them. I have no idea what she did, but they were so amazing."

One year, Fretz and his wife, who is Indian-American, decided to make a hybrid version of the dumpling — filling them with curried potatoes. Merry Christmas, indeed.

@shefalikulkarni @JKealing My Uncle Joe, an immigrant from Poland, always insisted on Polish Sausage. Still being served in his memory.

What are you non-traditional dishes with immigrant roots? Tell us in the comments!

Cut chicken thighs into 3 pieces, cutting through the bone.

Season with salt pepper and marinate the chicken with fresh garlic, sliced onion, scallions and a few sprigs of thyme. For the best flavor, let it all marinate for at least 24 hours.

Cover the bottom of a skillet bottom with olive oil and brown chicken, quickly. Take chicken out and sauté scallions, onions and then add curry powder to the pan along with some water. Place chicken in pan and simmer for approximately 30 minutes or until chicken is tender.