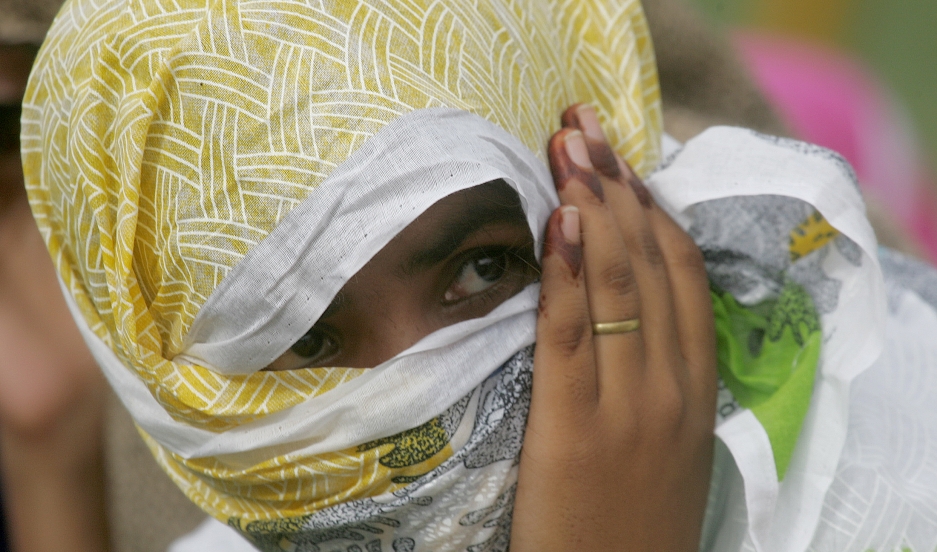 A woman prisoner waits for her release orders inside a jail in Karachi, Pakistan, July 13, 2006.

Love is something we take for granted. But in Pakistan, choosing the man or woman you love can land you into a prison.

That's what Yalda Hakim found when she visited a women's prison in Karachi, Pakistan. "I heard from some women who had been lingering away in prison for months, some for years, without trial for the simple fact of falling in love with the man they wanted rather than the man their families wanted them to marry," she says.

The stories of these women are the focus of her new BBC documentary, "Pakistan's Women — Punished For Love."

"These women have been thrown away, inside a prison. Some lack access to lawyers, some lack any sort of legal representation. And they can be left in these prisons for years based on the simple fact that they want to live their lives based on what they want for their own freedoms their own choices," Hakim says.

The laws against free love were an attempt to make Pakistan more religious.

"In 1979, the then-Pakistani military dictator introduced a set of laws in an attempt to Islamize Pakistan," she explains. "They introduced an ordinance that included a set of Sharia laws that made adultery illegal."

Of course, some women are subjected to tribal laws that are even more restrictive.

"You've got the clerics and the mullahs in these villages and tribes who determine what their laws are," Hakim says. "And the Pakistani system is too weak to challenge the very strong tribal laws that these clerics set out. So in many instances women are stoned to death. That's an edict given by the tribal elder."

All of this has a startling impact on the future of women in Pakistan.

"Their lives, education, future is determined by their families, by the men predominately in their families. This is just one example of the situation for women," she explains. "They can be locked up for the simple crime of having a boyfriend."

Hakim says reporting the story made her realize women in Pakistan don't have what should be a basic human rights: The right to love whom they choose.