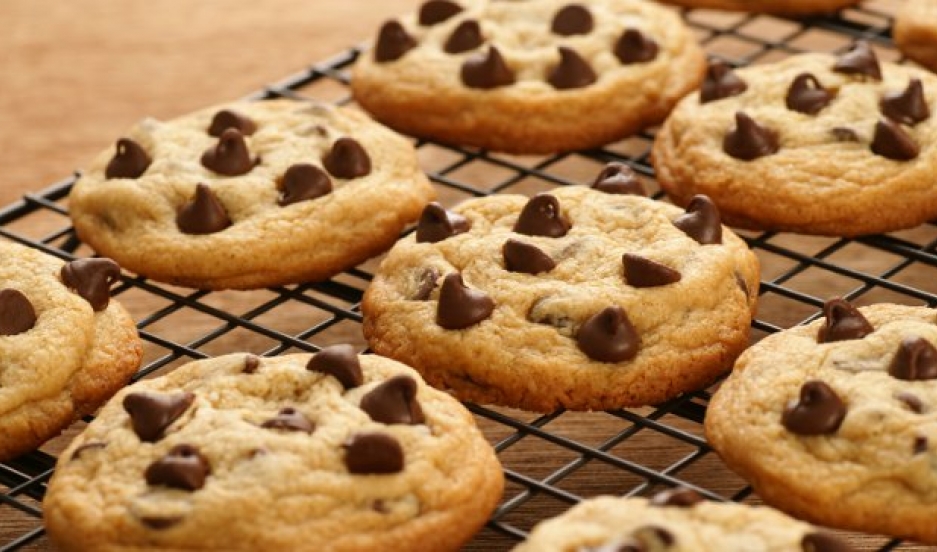 When it comes to baking cookies, the great debate really comes down to crispy versus chewy. So the question is, what's the science behind it? If you master the science, will each batch of cookies come out just the way you like it?

Cookie science was at the heart of a huge patent war in the 1980s. Procter & Gamble, the producer of Duncan Hines cookies, accused Keebler, Frito-Lay and Nabisco of stealing their secret for cookies that were crispy and chewy — and they got a settlement of $125 million, the largest payment ever for a patent lawsuit at the time it was settled in 1989.

As it turns out, says Jeff Potter, a software engineer and the author of the kitchen classic, Cooking for Geeks: Real Science, Great Hacks and Good Food, the secret behind the patent that caused all the trouble was clever, but it wasn’t rocket science: Instead of making a standard, uniform cookie dough, the company mixed two different doughs, one for the middle and a second dough that surrounded it.

Not surprisingly, Potter says, creating the perfect cookie comes down to making the perfect dough and then cooking it just so. Sounds easy, right? Well, not so fast.

“Food is amazingly complicated and we kind of think this thing is just sitting there and nothing's happening, but that's not the case at all,” Potter says. “Whether the dough is resting before or after baking, it's constantly undergoing change.”

For example, he says, when cookies go into the oven and heat up, the outer edge dries out first, and the middle becomes kind of becomes gooey and then eventually sets. Over the course of the day, after you take them out, the moisture equalizes in the cookie. “This means your cookies will be more uniform a day after baking them,” he explains. “So if you like chewy cookies, you might like them better a day after baking them instead of the day of.”

There are several variables that determine if your cookies come out chewy or crispy:

1) The type of sugars and the ratio between them

With cookie dough, the ratio between complex sugars (that is, sucrose, or standard table sugar) to simple sugars (fructose or glucose) will change the amount of moisture the cookies hold onto during baking. And the name of the game for a chewy cookie is that the dough holds enough water.

“You need about six percent water in the final cooked product for it to be soft and chewy,” Potter says. “If you look at modern packaged cookies, the listed ingredients are actually different. The chewy ones list molasses, which has some of the simpler sugars, and cornstarch, which, when it heats up, gelatinizes and holds onto water.”

If you are on a diet and thinking about reducing the amount of sugar or using a sugar substitute, fuhgeddaboutit.

“No,” Potter says firmly. “No, you can't do that, because the sugar is not just there for flavor; it's there for structure; it’s there for its physical properties, not just its taste. Sugar, like fat, interferes with gluten formation. If you just reduce the amount of sugar, it's going to change to texture of the cookies, as well as reduce the sweetness.”

2) The gluten level in the dough

The gluten level also determines how much moisture the cookie will hold onto. Potter recommends baking cookies with bread flour, if you’re trying to make a really chewy cookie.

“Normally, you would use an all-purpose flour, or if you want something even crispier, a cake flour,” he explains. “But in the case of the something that's chewier, the gluten levels in the bread dough will hold onto more moisture.”

Another clever patent for dough uses a gel, Potter says. “They take agar gum and they basically chop it up and blend it up and toss it into the dough to hold onto moisture. “

This is another common cookie quandary. “Butter is about 15 to 17 percent water, and it's an emulsion, so the butter fat is actually holding onto that water,” Potter points out. “If you melt the butter, then the water becomes available to the flour as you mix, increasing the amount of gluten in the dough.”

Also, depending on how you're creaming your butter and your sugar together and then adding your flour, you're going to get differences in the way the flour incorporates into the rest of the dough, Potter says.

If you are a serious cookie aficionado, or you teeter on the edge of obsessive-compulsive behavior, or are highly-competitive with your cookie-making friends, probably the single most important thing you can do is to weigh your ingredients — carefully. “I cannot stress this enough,” Potter says, “because one cup of flour can vary in weight by as much as 20 or 30%.”

“That's a huge difference,” he says, “especially when you're talking about the difference in texture between four percent or six percent or eight percent water content. So weigh the flour.”

6) Make sure your oven's calibrated.

If your oven is not cooking your dough at the temperature you think it is, all of your other careful work could crumble as easily as on over-cooked, crispy gingerbread man.

Now, go out there and cook one for the Gipper!