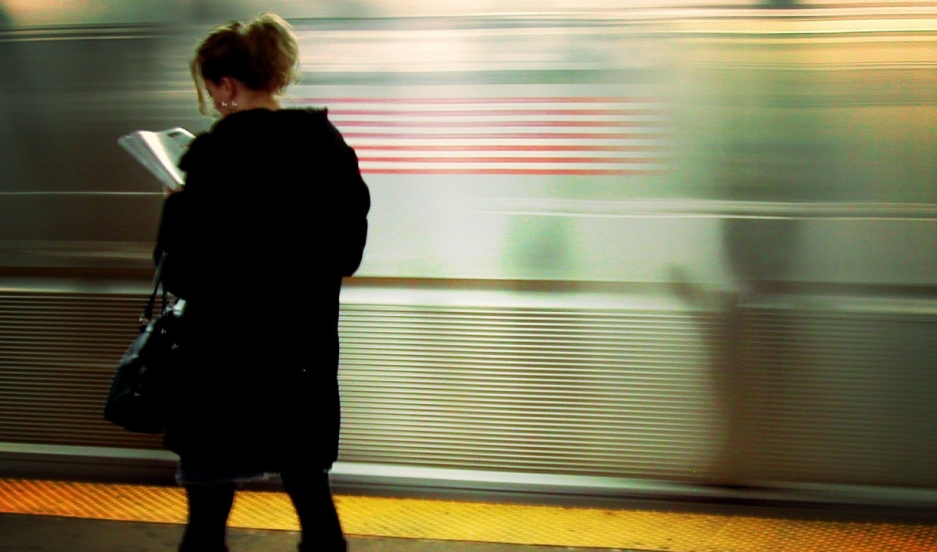 A woman reading on a New York City subway platform.

If you're a true book lover, The World's list of great reads from 2014 probably wasn't enough for you. So here are ten more great books from the past year you should check out, courtesy of PRI's The Takeaway: 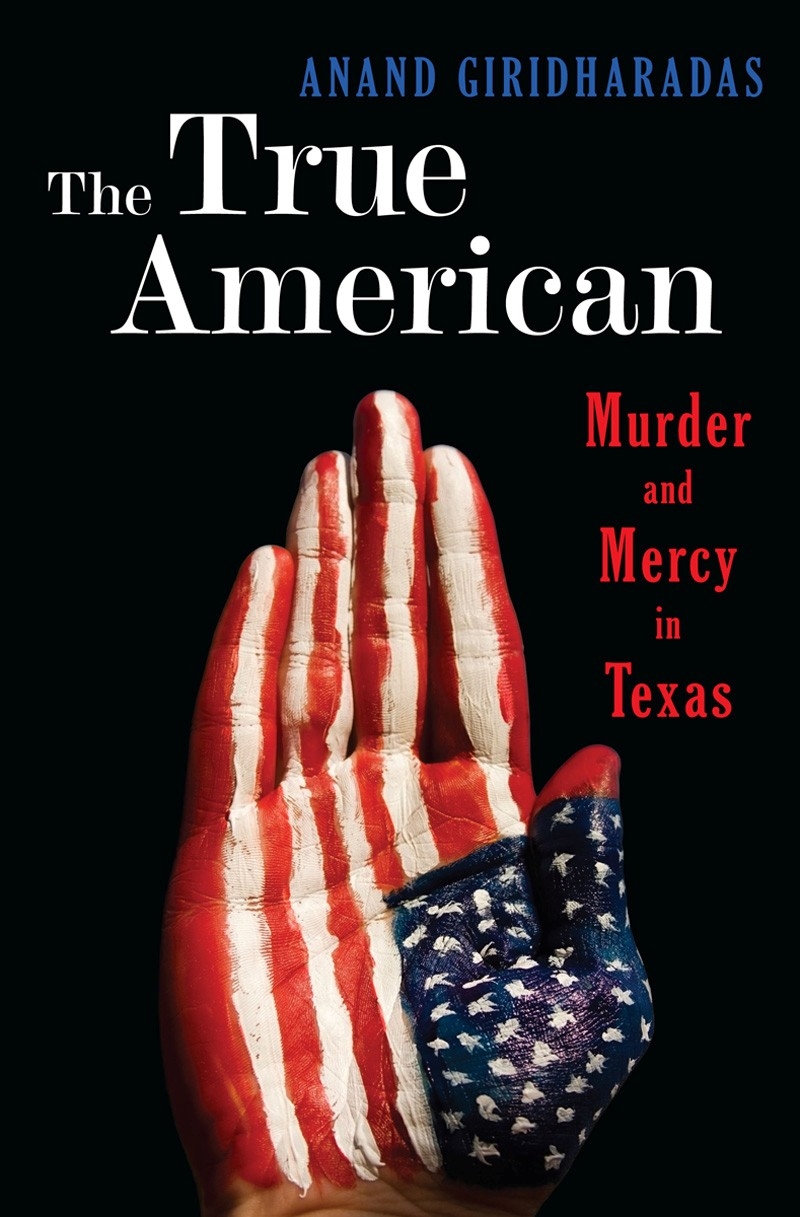 "The True American: Murder and Mercy in Texas" by Anand Girdhardas

Ten days after the Sept. 11 attacks, a Texas auto body repairman named Mark Stroman walked into a gas station just outside Dallas and shot the man behind the counter, a Bangladeshi immigrant named Rais Bhuiyan. Incredibly, Bhuiyan survived. Searching for meaning in the aftermath of the assault, Bhuiyan found forgiveness for his attacker, launching a campaign to save his life. New York Times columnist Anand Giridharadas chronicles the complicated entanglement of Bhuiyan and Stroman’s fates in this book. 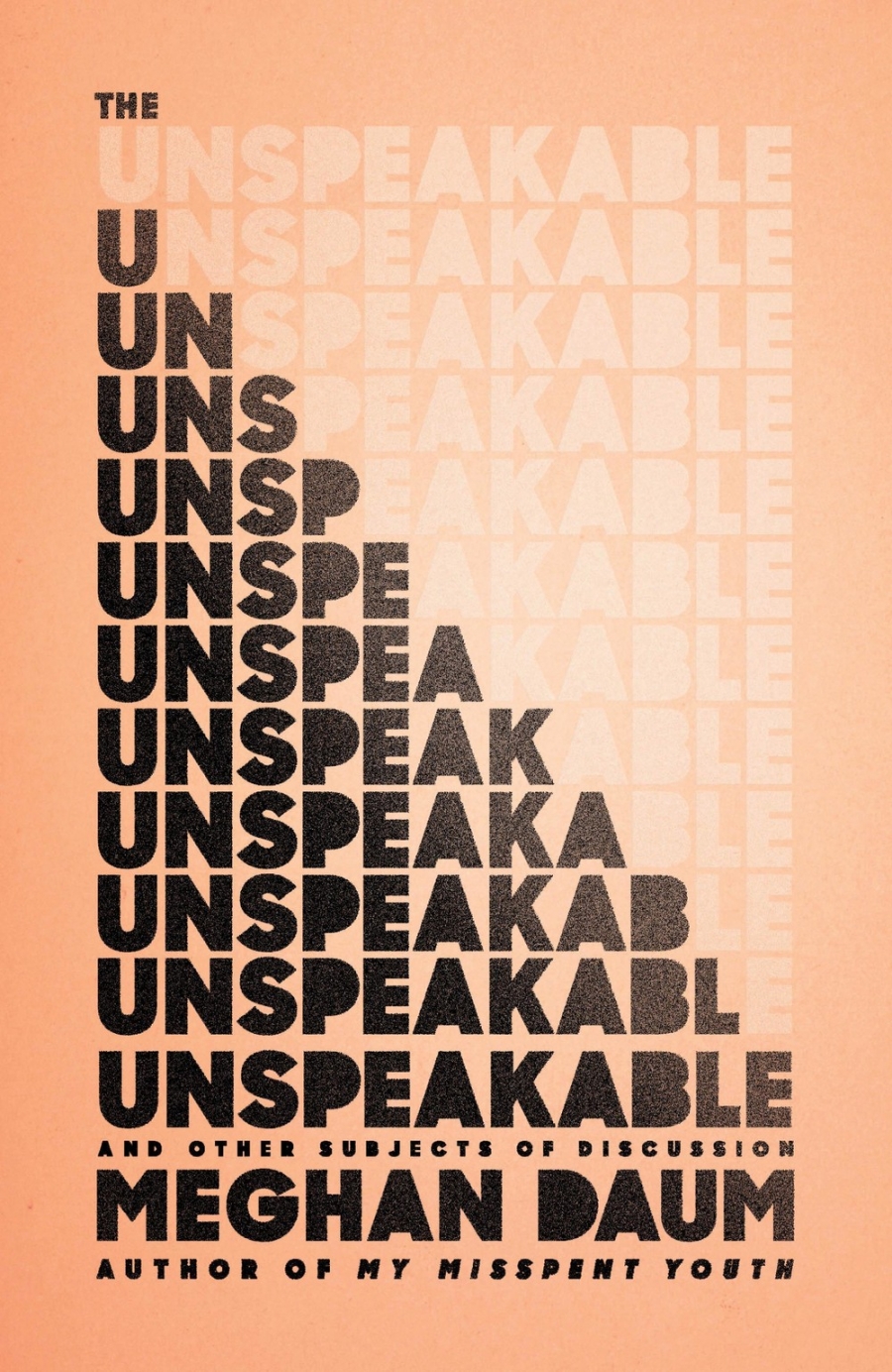 "The Unspeakable: And Other Subjects of Discussion" by Meghan Daum

A veteran essayist, Daum isn't afraid to venture into the dark places in her own mind and heart. She’s painfully honest when she confesses feeling “allergic” to her own mother, or when she reflects on her husband’s disappointment at her abject lack of desire to have children. Still, these essays always seem to end on an optimistic note. It’s a shift so subtle that the reader never feels as though Daum is forcing things into some predetermined worldview. One is left with the sense that Daum is someone who has reckoned with her demons and weaknesses — but still has a hopeful, open heart.

"Without You, There Is No Us: My Time with the Sons of North Korea's Elite" by Suki Kim

When journalist Suki Kim accepted a job as an instructor at a university in Pyongyang run by Christian missionaries, she got a rare glimpse into the daily life of North Korea’s elite. “Heartbreaking” is an adjective that applies to nearly every work of nonfiction about North Korea, but it’s all the more applicable to Kim's book because her relationship with the material is so personal. Above all, what comes alive in this book is the intense bond Kim forms with her students — bright, hopeful and deeply misled young men whose lives are constrained beyond their comprehension. 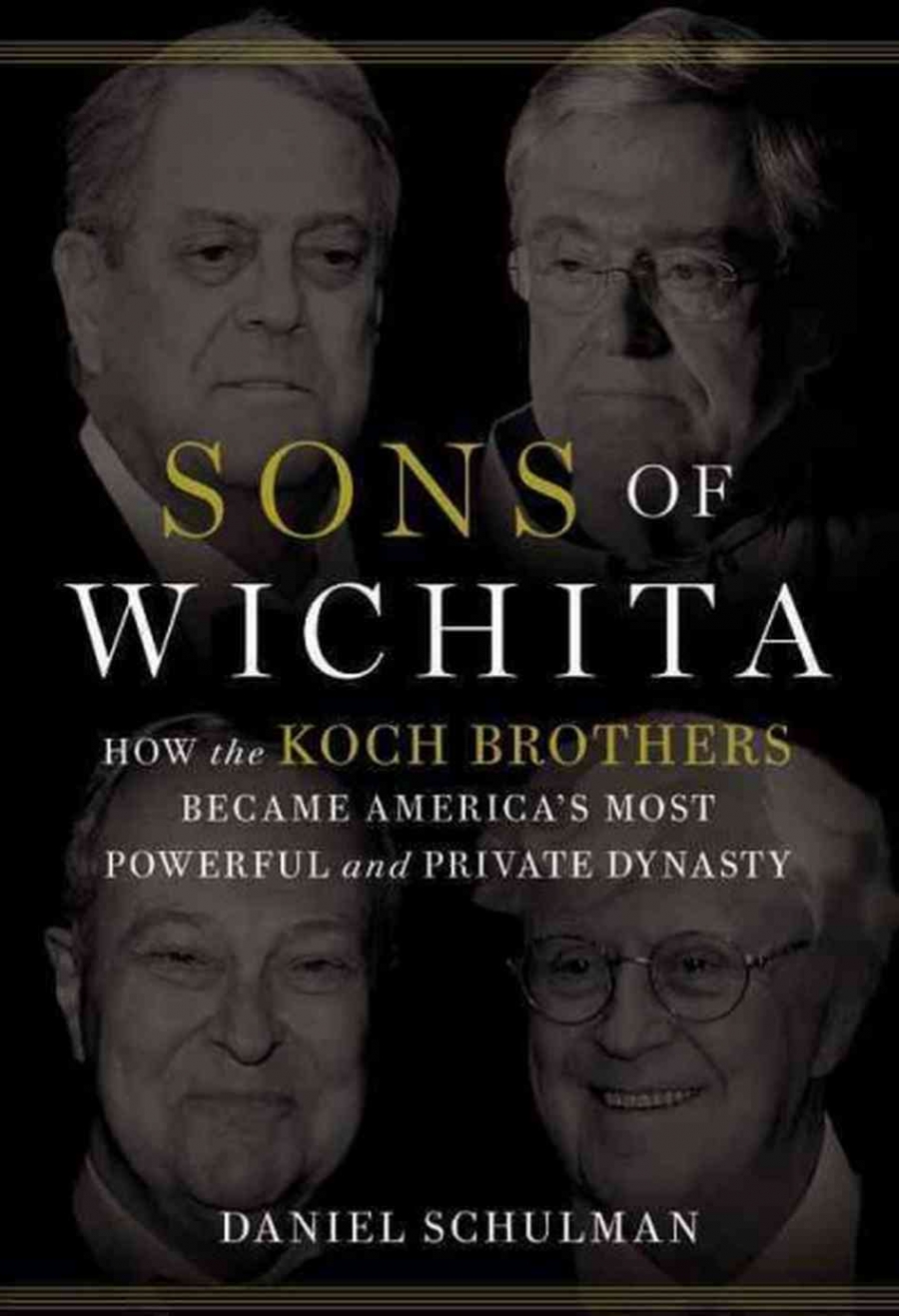 "Sons of Wichita: How the Koch Brothers Became America’s Most Powerful and Private Dynasty" by Daniel Schulman

It’s an unfortunate state of affairs that two of the country’s wealthiest and most powerful men are so often portrayed as one-dimensional, conniving caricatures. If you want to know how billionaire brothers Charles and David Koch became the formidable political forces they are — how our country produced these men and what they believe they stand for — read "Sons of Wichita." Charting the history of the Koch family across many decades, it fleshes out the influences, values and rivalries that shaped the Kochs into the men they are today. 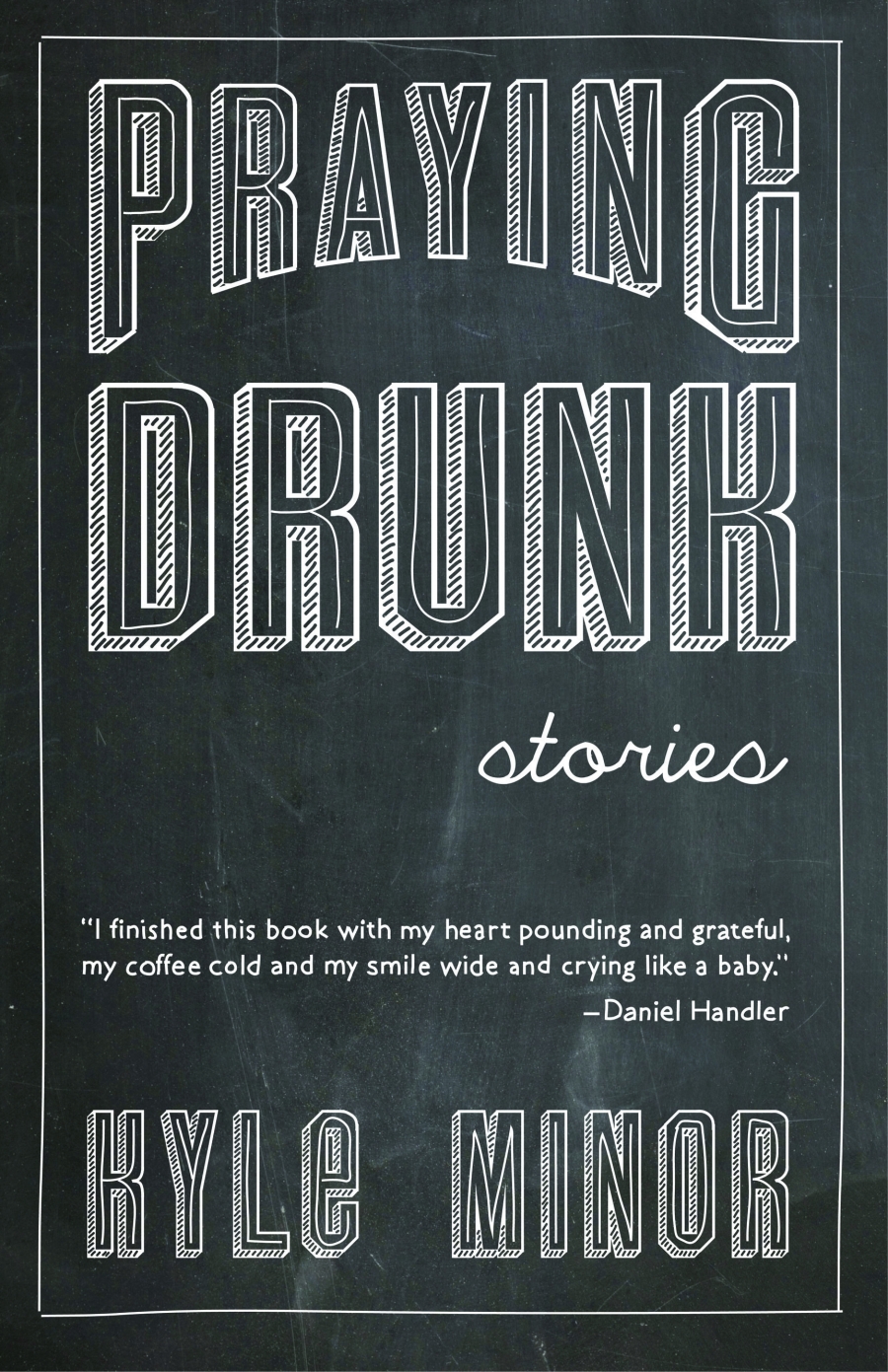 Before he was a novelist, Kyle Minor was a preacher. That line of work gives his writing a hypnotically yearning and soulful quality. Many of these dark stories draw on the repetitive, beseeching qualities of prayer. The result is a powerful meditation on the search for spiritual meaning in a world where senseless tragedy too often prevails. While the book is a collection of individual stories, Minor says it is more than that — the stories are meant to be read in the specific order they went into the book.

"Preparation for the Next Life" by Atticus Lish

A destitute Chinese Uighur immigrant and a broken Iraq war veteran are the subjects of this tender but tragic love story set in Flushing, Queens. Lish draws surprising parallels between the disorientation of being a solitary illegal immigrant far from home and the lonely struggle of adjusting to civilian life after the trauma of war. What results is a painstakingly detailed map of the fault lines that run across the 21st century American dream.

"Gottland: Mostly True Stories from Half of Czechoslovakia" by Mariusz Szczygiel

Truth is stranger than fiction, as reporter Mariusz Szczygiel defty proves in a series of forgotten episodes from the Czech Republic’s history. There's the story of the eccentric, entrepreneurial Bata men: Tomáš and his half-brother Jan. Or the story of the quiet political defiance of Kafka’s 80-something-year-old niece, Věra S. Most remarkable, perhaps, is the story of the largest-ever monument to Stalin, a 100-foot-high statue that required extraordinary effort to build — and then nearly as much effort to dismantle, and for the city of Prague to then collectively forget. 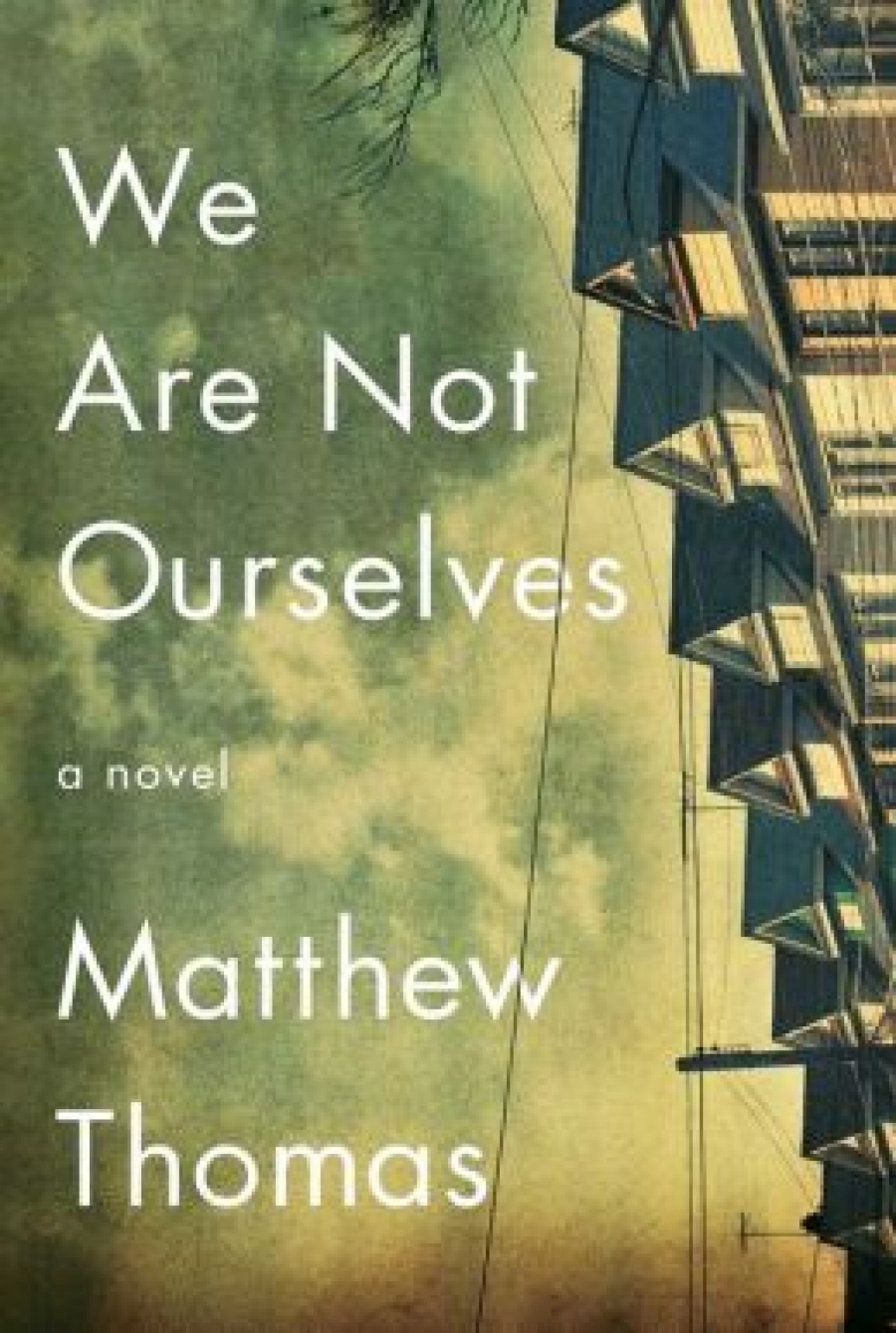 "We are Not Ourselves" by Matthew Thomas

This sprawling novel follows the lives of three generations of an Irish American immigrant family in New York. Eileen Tumulty doesn’t have an easy childhood in Woodside, Queens, but when she climbs her way up into the community of Jackson Heights with her marriage to Ed Leary, a quiet scientist, she feels confident that a better life is in reach. It is, but there's also unimaginable hardship ahead for her new family. Thomas masterfully plots the gradual shifts that take place in the minds and hearts of his characters, as well as on the streets of their neighborhood. 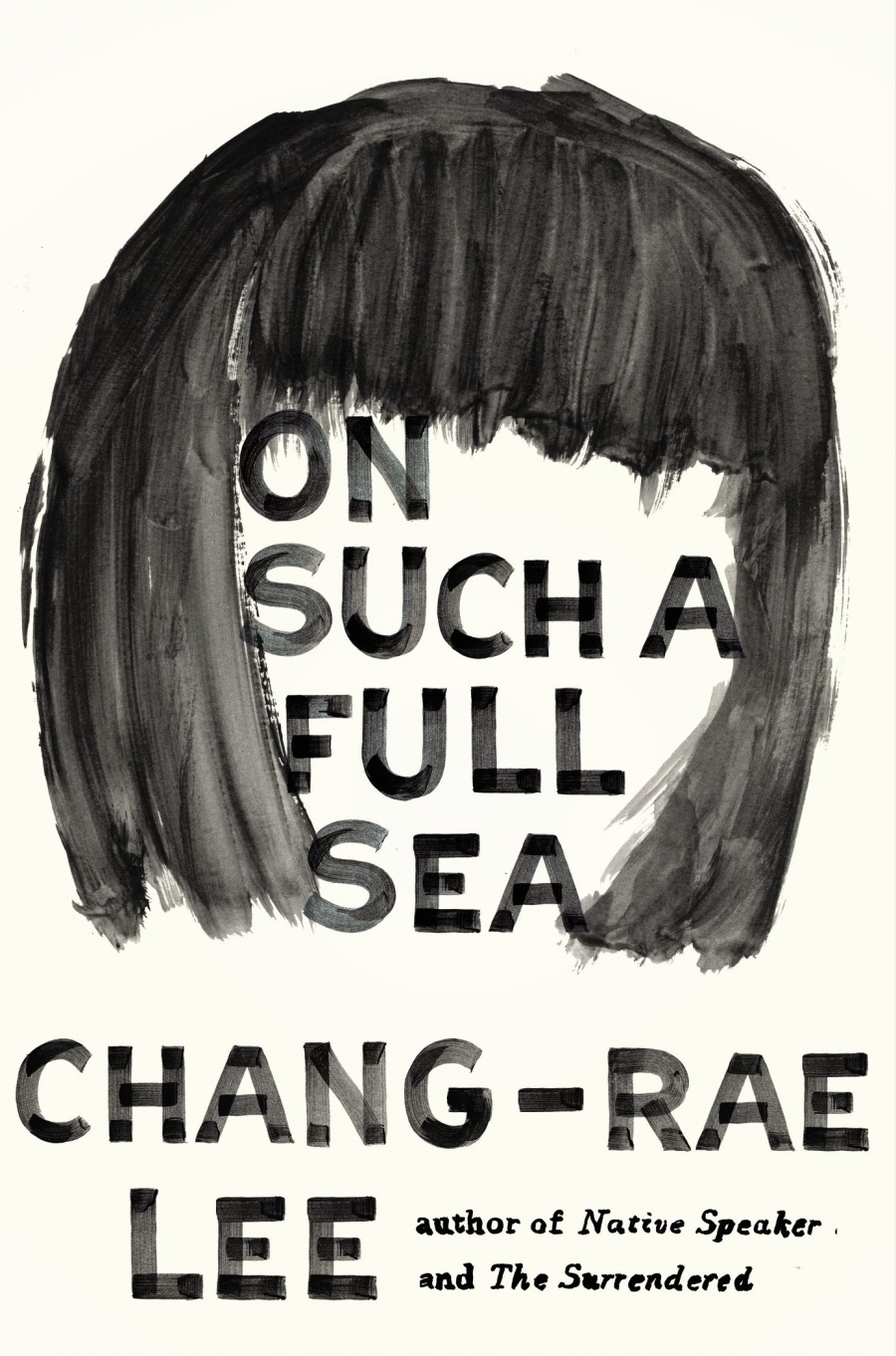 "On Such a Full Sea" by Chang-rae Lee

In this dystopian novel, Chang-rae Lee imagines a dark world far, but not so very far, in the future. The workers live a crowded, yet relatively safe and productive, life, while the elite live a lavish and luxurious existence supported by those workers. Today’s worries — issues like income inequality, climate change and food insecurity — have metastasized in a way that has warped the American dream entirely. Lee uses this terrifying setup as the backdrop for a classic tale of lovers torn apart by forces far beyond their control.

"Something Rich and Strange" by Ron Rash

The tales of this new anthology of short stories by literary giant Ron Rash are largely set in the Appalachian hills of North Carolinia. They feature hardscrabble farmers and aging homesteaders who live and die by the land. In some of these stories, the hard times are the product of historic difficulties: There are tales of tough Civil War wives and families facing deprivation during the Great Depression. But even more stories feature present-day jobless meth addicts, the kinds of men and women whose lives have been reduced to a series of trips to the local pawn shop. For all the bleakness these stories contain, they radiate a deep wisdom when taken together.