Tala Khudairi and Jack Lindsay are two of the pilgrims who appear in a new PBS documentary about the Hajj.

For a small group of Muslims from the Boston area, making the Hajj pilgrimage is a matter of fulfilling an Islamic duty. But each of them is also seeking something more personal.

A recently divorced man wants help from God to move on; a Muslim chaplin looks for spiritual meaning; her husband, a physician, will check something off his lifelong to-do list; another man will be leaving the United States for the first time.

These are main characters in "The Hajj," an episode from a new PBS series called "Sacred Journeys with Bruce Feiler."

The Hajj is the pilgrimage that begins and ends in the holy city of Mecca in Saudi Arabia. For the world's 1.5 billion Muslims — nearly a quarter of the global population — it's a religious obligation to make the Hajj at least once in their lifetime. That means several million people crowd into Mecca every single year.

“The Hajj is the iconic pilgrimage on earth,” says Bruce Feiler, whose six-part television series about religious pilgrimage also includes episodes from Lourdes, France; Shikoku, Japan; and Jerusalem. But the Hajj presented a unique logistical problem. As a non-Muslim, Feiler is prohibited from setting foot inside Mecca. That's where Anisa Mehdi came in. 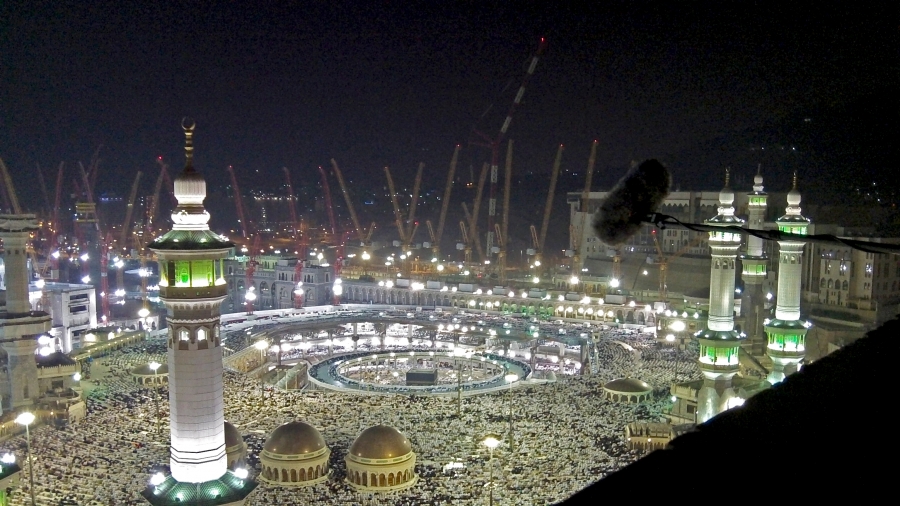 “I’ve been there, I’ve done that, I know some of the ropes,” said Mehdi, a filmmaker from New York and a Muslim convert. She led the team that shot the episode about the Hajj in Feiler’s series. It tells the story of a small group of Muslim pilgrims from the Boston area who make the religious trip for the first time.

Mehdi had a lot of exposure of to the Abrahamic traditions growing up. “I grew up with a Muslim father and a Christian mother,” Mehdi said in an interview. “Rather than indoctrinating us — their three daughters — in any religious practice, they educated us. So, we went to church, we went to mosque." The same went for family friends: "We went to their seders, their bar mitzvahs.”

When the time came, “I chose Islam,” she said.

In shooting the documentary about the Hajj, the biggest challenges were the same for pilgrim and filmmaker alike: Sleeplessness, fatigue and the massive crowds all tested the patience and endurance of the group during the five days of pilgrimage.

“Logistically, it’s tough,” Mehdi said. “You have to get from place to place with somewhere between two and three million other people who are doing the same thing, at the same time, everybody wanting to be in the same place.”

Amira Quraishi (left) and her husband Husam Ansari had different goals on the Hajj.

“I’m exhausted and I’m physically uncomfortable. This is getting to me," a pilgrim says at one point. Then, at other times, they experience moments of spiritual insight. “I truly was alone with God in a sea of five million people,” says another.

Mehdi and her film crew also ran into problems with Saudi officials over access to certain sites and religious activities. “People feel very protective of their turf,” she explained. “It didn’t matter that you had permission from the government, or even a government escort.”

Mehdi said she would win over local bureaucrats by persuading them that, “We are here to share something honest and genuine and experiential about Islam and about Muslim people with the audience on PBS,” she said. “We’re not here to interfere with people’s spiritual experience."

The big challenge on the Hajj, Mehdi said, is always “to maintain your best behavior under very difficult circumstances.”