This year, Studio 360 redesigned marijuana, tested a jazz legend's program for toilet training cats, and traveled back in time to 1914. It was a busy year. The master of suspense, Wes Craven, lent his expertise to ourScary Short Film Fest; James Liptonand Ken Burnshelped us nerd out over words. One of the best moments, and by far the messiest, came when legendary Gonzo illustrator Ralph Steadmanleft his mark all over our studio (in India ink).

The staff assembled this list of our Top 10moments from 2014 ---cultural highlights that will stay with us long after the new year. 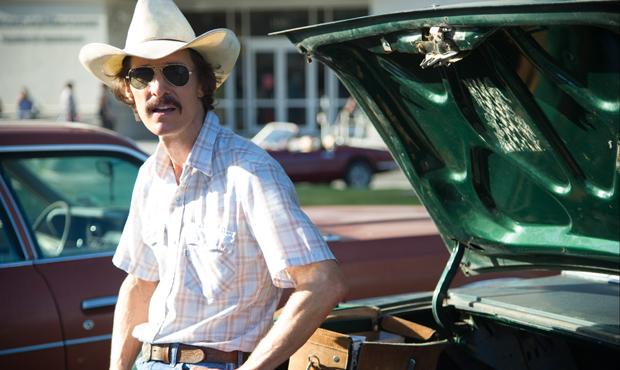 Kurt's Pick: The Year of Matthew McConaughey
Matthew McConaughey came in a few weeks before he won an Oscar for his role in Dallas Buyers Club. He was enjoying lots of good press for his "McConaissance," but was still totally game to delight, play a career-review quiz, and talk shop. McConaughey told Kurt about the epiphany that led to him taking better roles. "I want to do something that scares the hell out of me," the actor told his agent. Since then, he has shed 50 pounds for a role, spent some time ruminating on the supernatural, and gotten lost in deep space. Mission accomplished. 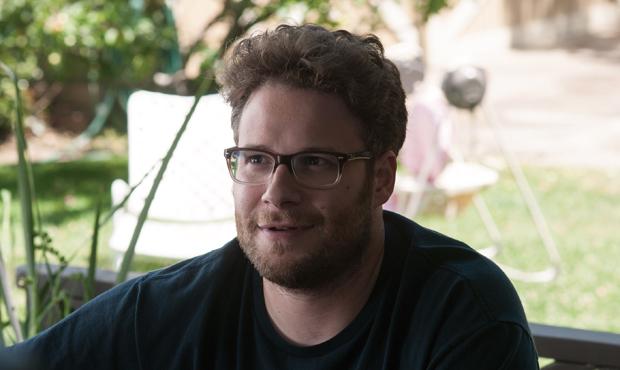 Seth Rogen Grows Up in "Neighbors"
We all know Seth Rogen as the loveable man-child stoner in Knocked Up,Pineapple Express, Zack and Miri Make a Porno, and many other movies. But in last spring's Neighbors, Rogen played the man-child grown up --- or trying to grow up.Neighborsstarred Rogen and Rose Byrne as brand new parents who move next door to a frat house. As ridiculous as the premise sounds, the movie was surprisingly true-to-life and had me laughing to tears. Watching it nine months pregnant, it was so refreshingly cathartic as I anticipated bringing two little babies into my world. And scenes from the movie still ring true.
--- Leital Molad, Senior Producer 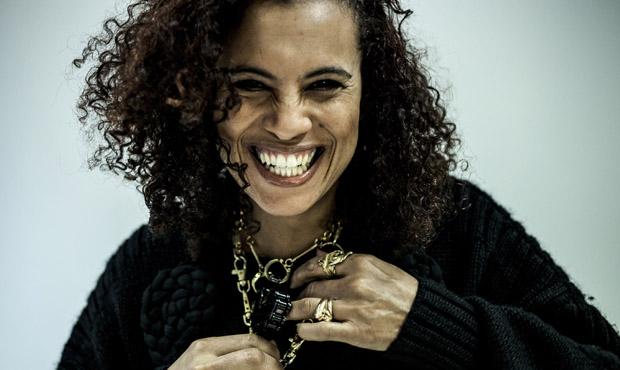 Live In-Studio: Neneh Cherry's Punk Soul Project
Having the low-profile pop star Neneh Cherry on Studio 360 was a thrill, especially since we got her very first live performances of songs from Blank Project.Playing with two brand-new musicians, we could see Cherry's pleasure at feeling the music come together. The record combines the strands of her long and varied career -- punk, club music, rap, pop -- but it's no 80s throwback. She touches on raising children, splitting from partners, losing a parent, growing older. It's a dance record for grown-ups, and it's totally badass.
--- David Krasnow, Senior Editor 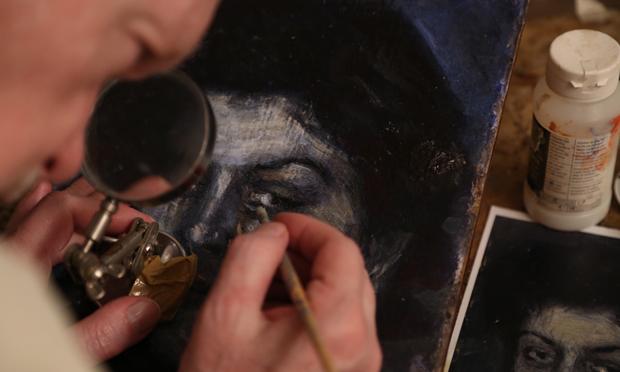 When Forgery Isn't a Crime
If you were a screenwriter, and you invented Mark Landis, you'd give yourself a big pat on the back. But Mark Landis is real. Or perhaps we should say that Mark Landis invented Mark Landis. The most prolific known art forger, Landis duped dozens of museums with his forgeries, not out of greed, but for psychological reasons that the documentary Art and Craft tries, fascinatingly, to elucidate.
--- David Krasnow, Senior Editor 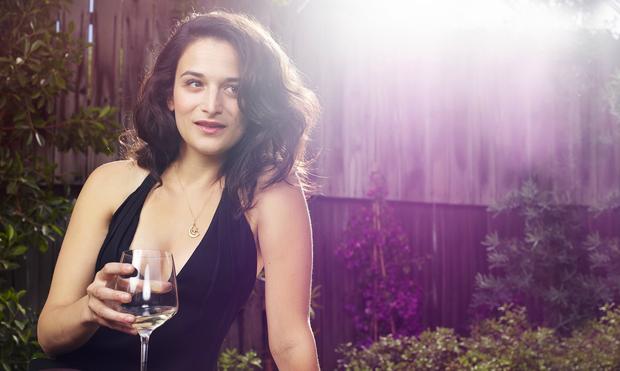 Jenny SlateComes Out of Her (Snail) Shell
Comedian Jenny Slate accidentally dropped the F-bomb onSaturday Night Live duringher very first show. But when her contract wasn't renewed, her careeractually began to take off. Her character Marcel the Shellis a massive hit on YouTube, she's had fantastic guest spots onKroll Showand other shows, and she starred in the movieObvious Child. Plus there's the bizarro-brilliant web seriesCatherine. I was struck by how sincere, grounded, and open she was in the studio. She talked frankly about her break-up withSNLand indulged us byreading from her new book as Marcel. I loved hearing her talk about collaborating with her husband Dean Fleisher-Camp: as they got closer, "I thought of a life together where we could just make stuff and be living in a biodome of our creation... [to] live with creative stuff around us."
--- Jenny Lawton, Producer 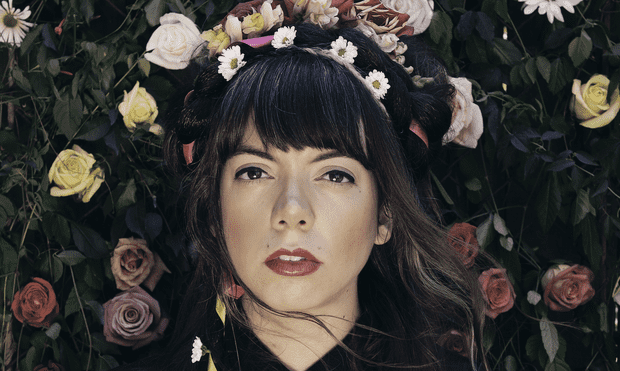 Alynda Lee Segarra of Hurray for the Riff-Raff
(Sarrah Danziger)

Hurray for the Riff Raff's Feminist Folk
Alynda Lee Segarra's life could itself be a strange folk song: a Puerto Rican girl with punk roots who grew up in the Bronx, ran away from home at 17, rode freight trains across the country, landed in New Orleans, and formed a folk music collective called Hurray for the Riff Raff. And while hermusic has all the trappings of American folk music, its lyrics speak to thoroughly modern concerns. Her song "The Body Electric" responds to Johnny Cash' classic murder balled, "Delia's Gone." Segarra calls out to the murderous narrator of Cash's tune, reminding him of the futility of violence. As she told Kurt, "A lot of people are very focused on this idea of revenge. What I want to do is create music that inspires love and not revenge ---a feeling of let's all change together." It's a powerful message, in a beautiful and haunting song.
--- John DeLore, Senior Broadcast Engineer 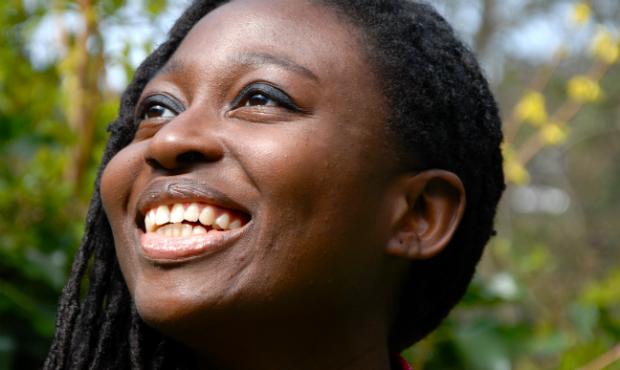 This is Not a Disney Story: Helen Oyeyemi Takes on Snow White
Helen Oyeyemi may have only lasted a semester of her MFAprogram, butBoy, Snow, Bird, proves she didn't need much outside help coaxing her creative writing. The novel uses the structure ofSnow Whiteto tell a story about race, gender, and love set in a small 1950s New England town. It's unforgiving and---as the author told Kurt---"The only way to feel is implicated, because we are all implicated in labeling each other and treating each other based on assumptions."
--- Sean Rameswaram, Associate Producer and Host ofSideshow 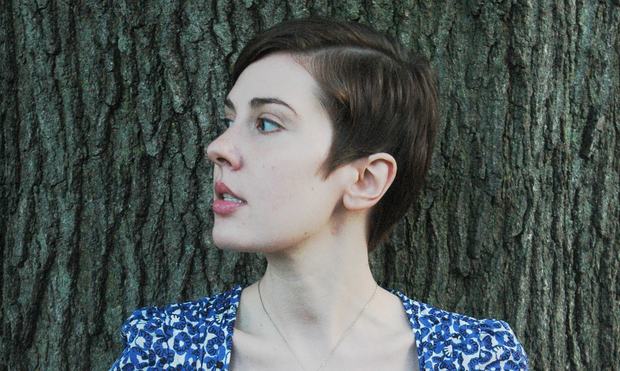 Patricia Lockwood Sexts the Body Electric
Of course the only poet brave enough to write about sexy woodland creatures wouldn't come from an MFA program -- or even graduate from college. Patricia Lockwood's newest collection, Motherland Fatherland Homelandsexuals, received rave reviews for its polymorphously perverse humor and sudden swerves into the personal and political. It includes "Rape Joke," her verse account of a sexual assault that became maybe the first viral poem of the social media age when the Awl published it in 2011.
--- Matt Frassica, Associate Producer 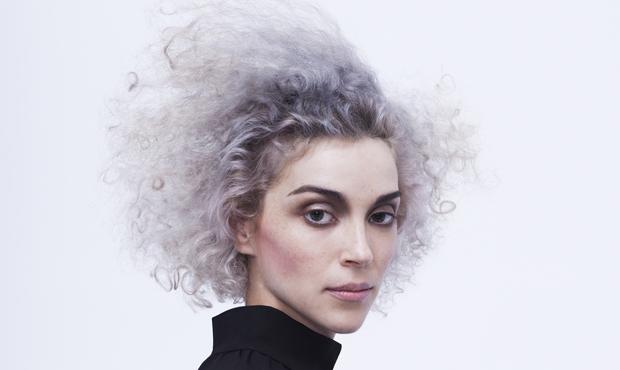 St. Vincent Becomes St. Vincent
If there's such a thing as indie rock royalty, St. Vincent is definitely among it. She's been recognized by the Smithsonian and hand-picked to collaborate with David Byrne. Her last record,Strange Mercy, appeared on pretty much every best-of list for 2011. And her latest album, the self-titledSt. Vincent, is currently doing the same for 2014. For someone so highly revered,I was takenby how genuinely funny and down-to-earth she is---right down to her decision to perform under the name St. Vincent: "Annie Clark sounds, to be frank, very, very boring." Kurt suggested it would makea good name for a country singer. Clark countered, "Or Christian contemporary." And added, "That's my next career." She could probably pull it off, too.
--- Julia Lowrie Henderson, Assistant Producer 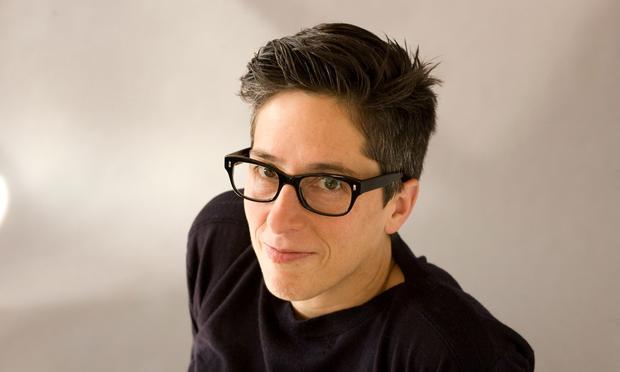 Alison Bechdel Passes the Test
The cartoonist and illustrator Alison Bechdel has been growing steadily more ambitious since she started her first comic strip in 1983, Dykes to Watch Out For. After 25 years writing that strip, she has gone on to draw longer graphic novels, including Fun Home: A Family Tragicomic, a memoir of her childhood growing up around the family funeral home. Bechdel was a recently-crowned MacArthur "genius" when she appeared on Studio 360, and she admitted the honor was "surprisingly exhausting." To my delight,Bechdel is sublimelythoughtful and pragmatic: when Kurt asked what she planned to do with her $625,000 prize money, all she could think of was to get a new scanner, "so I can draw my comics a little bigger."
--- Khrista Rypl,Web Producer